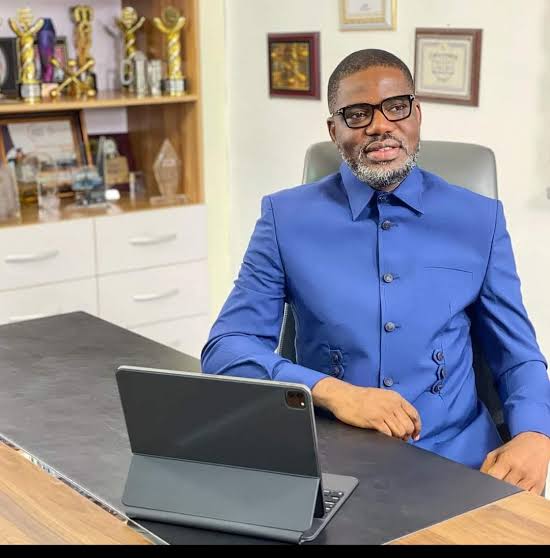 As people across the globe are basking in the euphoria of making it into a new calendar year, a chieftain of the All Progressives Congress in Oyo state and Chairman/Chief Executive of Oyo-Si-Maa-Dun Foundation, Mr. Abisoye Fagade, has expressed his hope of a stable, peaceful and prosperous Nigeria in the new year (2022).

Fagade, in his New Year message which was contained in a statement issued on Friday and made available to journalists in Ibadan by his media aide, Comrade Kehinde Idowu, said that Nigerians needed not be found in a state of despair or be pessimistic about the possibility of 2022 being a year of turn-around for their fatherland in spite of current challenges of insecurity, economic downturn and tension in the political space.

“As patriots and concerned citizens who crave to see an average Nigerian live comfortably and exude happiness, we will spare no effort to encourage others to be positive about life and also have firm belief in God as capable of turning things around for individuals or a population of individuals to meet our expectations.

It is an established fact that most people in the society are going through difficult times at the moment as a result of economic instability and other problems facing Nigeria as a country but we believe firmly that all will be well soonest.

“The nation-Nigeria is an integral part of the global community and it is not insulated against any crisis bedevelling the whole world at any given time. This explains why we have had our own share of the consequences of Covid-19 outbreak, terrorism, global warming among others. With a local population estimated at about 200 million and citizens found in virtually every society of the world, Nigeria has a great role to play in stabilizing the universe and this can only be achieved when the country, herself, is in good condition.

“Therefore, both the government and citizens should do their part in building a strong, virile and united Nigeria for the country to justify her rating as the Giant of Africa. In this new year (2022), we expect war against insurgency, banditry and inter-ethnic clashes to be won by the government while the economy would receive a boost such that poverty would be driven away from the life of an average citizen of the country.” Fagade.

The Ibadan-born businessman also urged residents of Oyo state to key into various economic intervention programmes of the federal government aimed at giving succour to the masses but which were not known to most of the target population. “It is unfortunate that most resident of the state have not been benefitting maximally from the various economic intervention programmes of the Buhari administration due to the fact that some officials are not doing what is expected of them in terms of advocacy and awareness creation.

“Oyo state, by virtue of her size, population and geopolitical advantage should be a priority in the execution of all these economic programmes such as N-Power, Conditional Cash Transfer, Public Works Intervention, Covid-19 Grants, Agriculture Loans to farmers among others but the reverse is the case as our people hardly get to know about these opportunities. We therefore call on Gov. Seyi Makinde to have a rethink on his penchant for needless altercation with the government at the centre and ensure that our people get their fair share of opportunities from Abuja.

“Above all, we enjoin all political players and other stakeholders to ensure that peace reigns supreme in everything they do in this new year which precedes year 2023 when the nation will go into another general election. As all the political parties will carry out exercises to pick candidates for the next general election in this new year (2022), we use this medium to appeal for peaceful and lawful conduct among gladiators, party faithful and supporters in the overall interest of all since Nigeria cannot afford another round of political unrest and violence at this time.” The statement concluded.