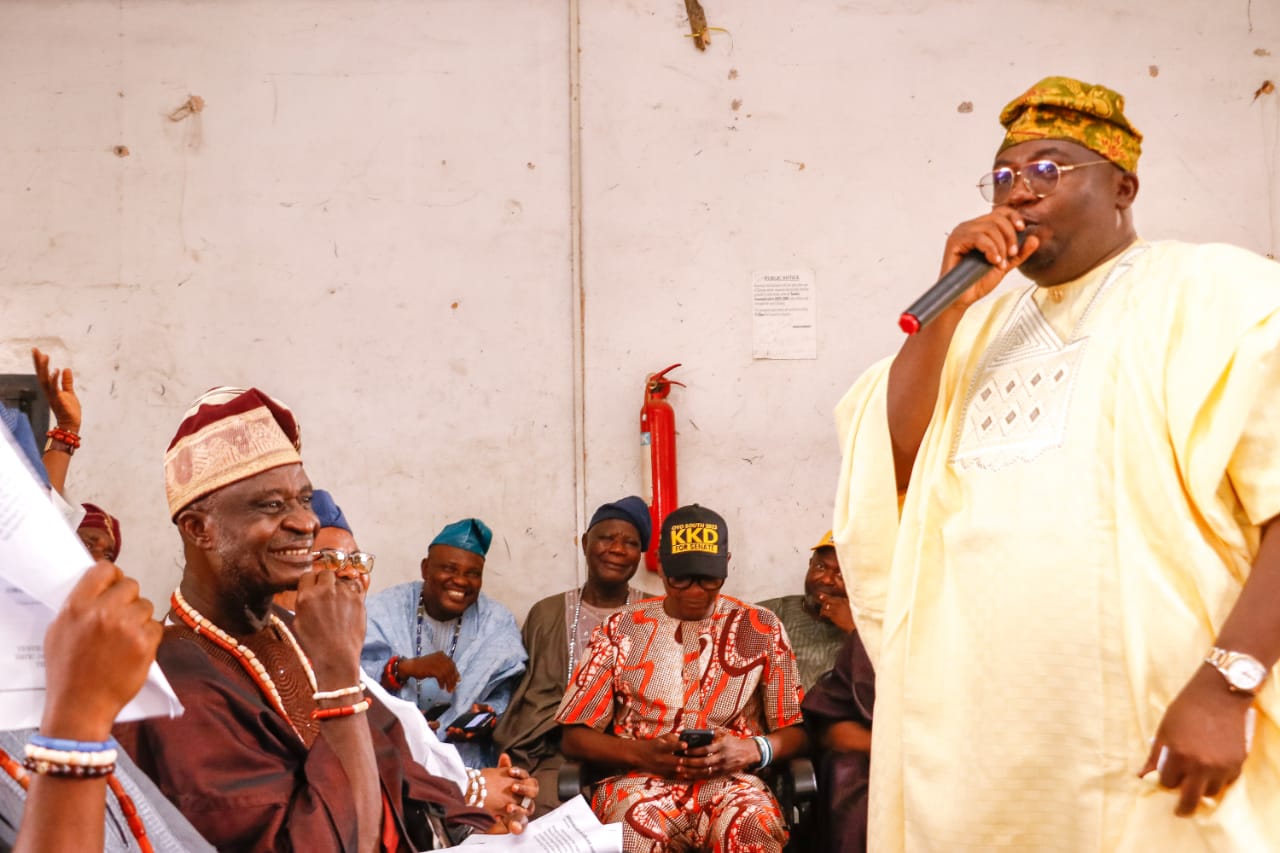 The  Ambition of Chief Adebayo Adelabu, Accord Governorship candidate in the 2023 general election received a major boost on Wednesday as he received defecting Peoples Democratic party loyalists in Oke Ogun into Accord.

Led by the former Chairman of Saki East Local Government, Engr Adeshina Dele Popularly known as ABBA, the former PDP members said their resolve to join Accord was because of the realisation that the current PDP administration has disappointed the people and has nothing to offer again.

Engr Dele Abba’s defection came during  Chief Adelabu’sconsultation meeting in Saki East with relevant stakeholders from Oke Ogun in his bid to win the March 11,2023 Governorship Election in Oyo State.

The Former Saki East Council Chairman said he and his supporters decided to join hands with Chief Adelabu in Accord to bring meaningful development to the State through good governance.

” I am a PDP member since its inception but I am disappointed in the way Governor Seyi Makinde is running the affairs of the State, especially his nonchalant attitude towards critical issues affecting the state and members of the party and Oyo state at large”,  ABBA stated.

“I am joining Accord to contribute my quota by ddelivering my polling unit, ward and local government for Accord Party so that Oyo State can move forward and regain its pace setting status”, Abba said.

Engr Abba who is a grassroots politician in Saki East Local Government urged the people to collect their Permanent Voters Card (PVC) and vote for Chief Adelabu and other candidates of Accord in the 2023 general election.

In his remarks , the Accord Governorship candidate, Chief Adebayo Adelabu expressed appreciation to Engr Abba and his teeming supporters for joining him in Accord Party to restore the lost glory of Oyo state when Accord would have formed the government in 2023.

The Accord candidate said that with the blessings from God and support of the people it is certain that Accord wouldconvincingly win the governorship election in Oyo state.

He reiterated his commitment to boost the economy of OkeOgun and Oyo State i through sustainable and achievable programme  as well as provide support for the genuine farmers, traders and Artisans in the zone.

It would be recalled that a mammoth crowd of PDP and APC members defected to Accord in Iseyin and other towns in OkeOgun recently.