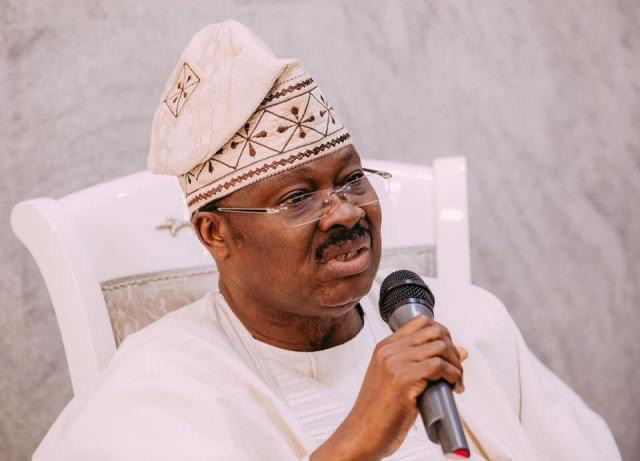 As encomiums keep pouring in to celebrate the 72nd Posthumous birthday of Senator Abiola Ajimobi, a frontline senatorial aspirant of the All Progressives Congress in Oyo state, Kolapo Kola-Daisi, has described the life of the former governor has exemplary, judging by the impact his legacies keep making, even after his passing.

Kola-Daisi, who doubles as a son-in-law to the late two-time Governor, added that it was privilege experiencing the kind of man Ajimobi was.

In his words, “Truly, the memory of the righteous is blessed.

Today, in conjunction with the University of Ibadan’s Institute For Peace and Strategic Studies, a Senator Abiola Ajimobi Resource centre, built upon one of his many legacies of peace and love for promoting knowledge, will be commissioned to the glory of God, the benefit of humanity, and the furtherance of his exemplary legacy.

Happy 72nd Posthumous birthday to the legend we all enjoyed the privilege of knowing and experiencing, both in life, and even now more in death.”, Kola Kola-Daisi submitted.

The Senator Abiola Ajimobi Foundation will host dignitaries, including Vice President Yemi Osinbajo, Professor Attahiru Jega, Governor Abdullahi Ganduje of Kano, and others, on Thursday, the 16th of December, as it commissions the Senator Abiola Ajimobi Resource Centre, a donation to the Institute of Peace and Strategic Studies, University of Ibadan, in commemoration of the 72nd birthday of the late Governor.