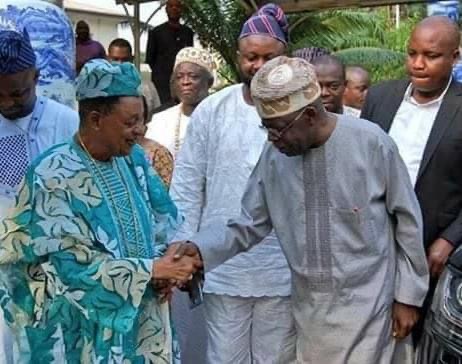 After ascending to the royal throne at the age of 31, Alaafin became one of the most influential, greatly respected traditional rulers in Yorubaland, Nigeria and indeed Africa and beyond.

Alaafin fostered harmony and brought prosperity and development to the ancient Oyo Kingdom. He was loved by his people.

Wisely ruling on the throne for 52 years, he became the longest reigning Alaafin that ever ruled Oyo Kingdom. With his transition, a big Iroko has fallen.

His passing was an auspicious era in the ancient Oyo Kingdom, but also for the Yoruba and the entirety of the black race.

An elder-statesman and patriot, Alaafin Adeyemi was bold and courageous. He spoke truth to power. His interventions in national affairs helped the nation navigate difficult moments and helped usher a more just society.

He played vital roles in the struggle for democracy, working assiduously towards the establishment of our democracy.

In recognition of his important contributions to peace, religious harmony and stability in Nigeria, the nation gifted him the high honour of Commander of the Federal Republic.

Alaafin was also a strong pillar of the arts, culture and tradition.  Kabiyesi took upon himself the task of promoting Nigerian arts and culture for which he received many ambassadorial awards in Nigeria and beyond.

I had an abiding personal relationship with Alaafin whom I deeply respected. Mentor, leader and father figure, I visited Kabiyesi in February his palace in Oyo to seek his prayers and blessings which he graciously gave, little did I know it was the last time we would see each other face to face.

I commiserate with his wonderful and loving family, particularly his wives and children. I commiserate with the Oyomesi, the chiefs and the people of Oyo kingdom. My condolences also to Governor Seyi Makinde and the people of Oyo State, and indeed the entire nation over the demise of this eminent traditional ruler. The black race has lost a titan who will be sorely missed.

I pray that his family, Oyo Kingdom, the Yoruba race and indeed all Nigerians find consolation and strength in that we must now dedicate ourselves to live up to the ideals for which Alaafin stood.

May the soul of Alaafin Adeyemi rest in perfect peace.