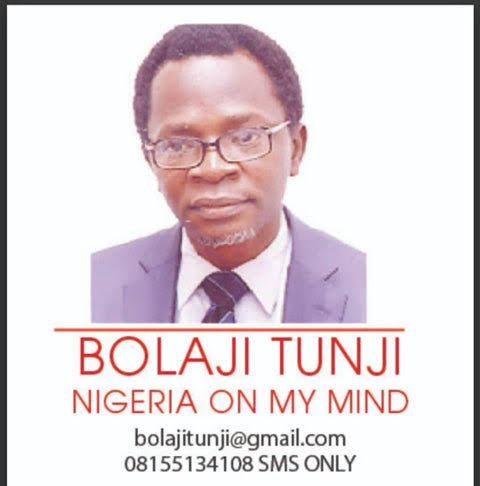 It’s about 22 years ago now that former military dictator, Gen Sani Abacha died, it however seems like yesterday.

Memories of his best-forgotten adventure as Head of State continue to haunt the nation.  Even children born around the time he was head of state have grown to associate the name with sleaze and wanton looting.

For the general populace, his name is associated with unprecedented looting of the nation’s treasury. A joke is presently going around about Abacha being Nigeria’s most beloved ancestor who was always sending money to his children when in dire strait, reference to the fact that the Federal Government had continued to benefit from repatriated money allegedly stolen and stashed abroad by General Abacha.

Because history is a subject that is gradually returning to the school’s syllabus, it is pertinent to give a little background of who General Sani Abacha was especially for readers who probably were still young when Abacha was the ultimate decider of the fate of Nigeria and Nigerians. Also germane is the story behind the loot being recovered these past decades. Did Abacha actually loot the money or the money was deliberately placed in those countries for specific reasons as we are being told by the few brave loyalists of the late dictator who dared to come out?

General Sani Abacha was born on September 20, 1943 and was Nigeria’s military head of State from 1993 when he took over the rein of governance from Chief Ernest Shonekan who was the head of the Interim National Government (ING) fostered on the country by another military head of government, Gen Ibrahim Babangida in the aftermath of the annulment of the June 12, 1993 election which threw the country into serious political turmoil.

Prior to being the head of state, Gen Abacha was Chief of Army Staff between 1985 to 1990, Chief of Defence Staff between 1990 to 1993 and later Minister of Defence. By the time he took over in 1993, he had set a record as being the first Nigerian soldier to attain the rank of a full military general without skipping a single rank. It was during the inglorious tenure of Gen Abacha that the country witnessed the highest human rights abuses and profound political assassinations. It was a time of great fear and strife in the country. Prominent Nigerians were felled by assassins’ bullets during the period, most if not all killings being state-sponsored.

People like Pa Alfred Rewane, a major promoter of the National Democratic Coalition (NADECO) a group that was formed at the time to actualize the June 12 mandate, was murdered in his GRA, Ikeja home. Alhaja Suliat Adedeji, a well-known Ibadan-born, Oyo State prominent politician was horribly murdered.

Also killed was Kudirat Abiola, wife of Chief MKO Abiola, she was shot dead. Many others disappeared not to be found again. Human rights activists became endangered species, those who were unable to flee the country were slammed into jails and the keys metaphorically thrown away. Journalists were hounded, Bagaulda Kaltho, a northern Nigerian Correspondent of The News magazine was killed through a bomb blast. Newspapers in the country such as The Guardian, Punch and Concord newspaper owned by Bashorun MKO Abiola were all proscribed. Yours truly was thrown into a police cell at Ire Akari police station, Lagos while covering one of the protests on the annulment of the election, in Isolo area of Lagos.

Shortly after he took over in 1994, Gen Abacha issued a decree that ousted the jurisdiction of the courts, this effectively gave him absolute power. He jailed former President Obasanjo for treason having accused him of plotting a coup. Actually, Obasanjo was sentenced to death and this was commuted to life imprisonment and later 25 years, the same treatment was meted to General Shehu Yar’Adua, elder brother of former President Musa Ya’Adua who later died in custody, allegedly after being given a lethal injection by one of the assassins on the payroll of government at the time. It was the same decree that led to the arrest and subsequent jailing of the acclaimed winner of the June 12 election , Bashorun MKO Abiola. Abacha’s deputy at the time, Gen Oladipo Diya was also accused of a coup plot including prominent members of the military administration especially from the South western part of the country. Diya and others escaped execution by whiskers when Abacha died suddenly. It was later discovered that the coup plot was a ploy, hence the “phantom coup” lexicon entered into national register.

On the looting which took place under Abacha’s watch, this is what Wikipedia has to say on the Abacha years: “In 2004, a list of the ten most self-enriching leaders in the previous two decades was released; in order of amount allegedly stolen, the fourth-ranked of these was Abacha and his family who are alleged to have embezzled $1 billion – $5 billion. In 2002, false rumours circulated that Abacha’s family purportedly agreed to return $1.2 billion. Sources in the Obasanjo administration disclosed that the whole Abacha loot was  politicised by the administration for his re-election bid. On 7 August 2014, the United States Department of Justice announced the forfeiture of US$480 million, the largest in its history, to the Nigerian government. Jersey discovered more than $267 million dollars in funds that were allegedly laundered through the U.S. banking system and deposited in a Jersey account (£210m in British pounds)”.

The money kept coming from Abacha, Nigeria’s benevolent ancestor. Last month, the FG also took possesion of $311 million of the allegedly stolen loot from the British Island of Jersey and the United States of America, interest had accrued on the loot. As the loots kept rolling in, questions abound on  how much was really taken out of the country at the time. As earlier stated, were the money stolen or deliberately kept out of the country. The information was that the monies were deliberately kept in foreign accounts in order to help Nigeria out of the mess of the pariah nation status it had fallen including the sanctions that were dangling on the country as a result of the human rights abuses which heightened with the judicial murder of writer and Ogoni activist, Ken Saro Wiwa.

However, family and Major Hamza al-Mustapha, the Chief Security Officer to the late dictator have come out to deny the looting of the treasury.  Major al-Mustapha said the money was not stolen but kept in foreign accounts by the late dictator with the knowledge of relevant stakeholders and traditional rulers. He said a meeting of all these stakeholders was called. “The meeting was held in Abuja but outside the villa because of the size of the people in attendance that was bigger than the size of the conference Hall inside the presidency. The agreement at that time was to take funds outside into the hands of people in the private sector so that the nation could still import and export, to at least beat the sanctions…I was embarrassed to hear the word loot because I know how prudent late Gen Sani Abacha was and I know that when the government came into power, there was nothing left in the foreign reserve”. The late dictator’s wife, Maryam spoke similarly that her husband was not a thief. She claimed that those associates of her husband who benefitted from him and in a position to tell the true story have abandoned her family. “How come this man was not a thief until he died? What is this amount of money after 22 years? She queried.

So what is the true story? Let us put the tragedy of killings and political assassinations during the period aside; did Abacha truly steal the money or kept outside the country as alleged? The question needs answer. There are prominent Nigerians that served in that administration who are still alive today. They should let us know what happened. Al-Mustapha and Abacha’s wife have thrown the gauntlet, the actors in that government should speak out. They should not take the secret to their graves. Chief Tom Ikimi was a prominent member of that administration, he was foreign minister, Chief Ebenezer Babatope was the transport minister, Bashir Dalhatu was Minster of Power and Steel, Alhaji BabaGana Kingibe who was Abiola’s running mate was Minister for Internal Affairs. They are all still alive.

The other stakeholders who participated in that administration are still alive, they should come out and tell Nigerians the true story. It is not as if one is trying to exonerate the late dictator, he does not really deserve that, but Nigerians need to know what really transpired.  Not speaking out is cowardly. I will however not judge. Let Nigerians do that, I however wait to see who would take up the challenge or would they rather take the secret to their graves?

Previous Posts A nostalgic reflection on a valley-town, Okeho, By Tunji Olaopa
Next Posts It's So Hard To Say Goodbye | Niyi Adeagbo