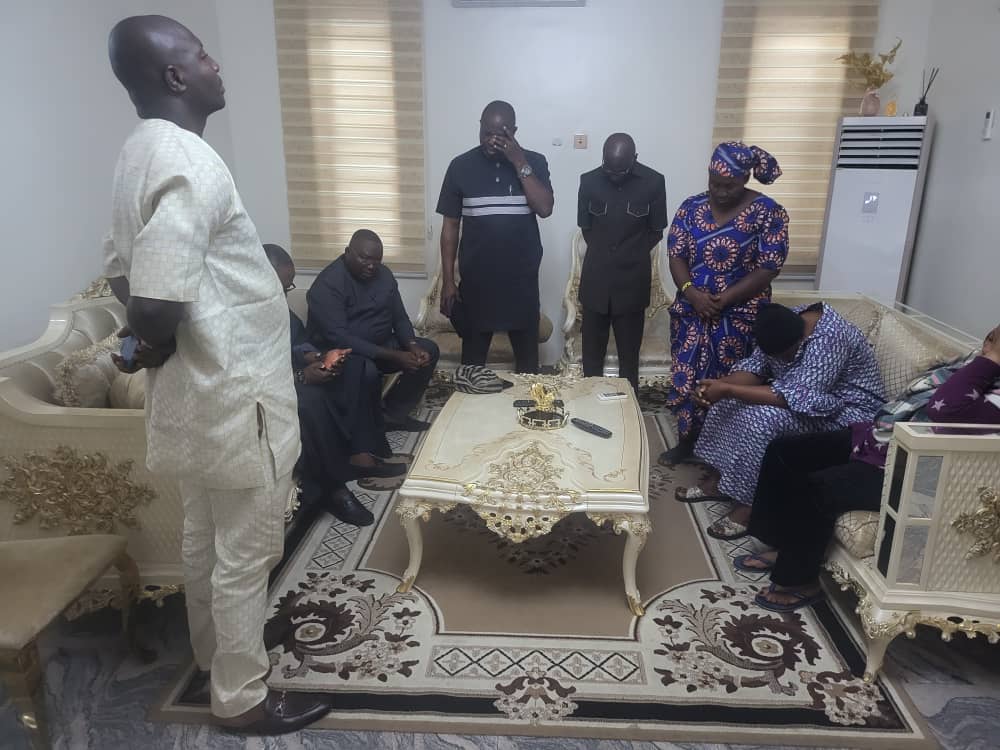 Accord’s gubernatorial candidate in the next general election and the former Deputy Governor of the Central Bank of Nigeria, Chief Adebayo Adelabu on Tuesday paid a condolence visit to the family of late Jacob Funmi Ogunmola in Lagos.

Adelabu met with the wife and other members of Ogunmola’sfamily in their Lagos residence on Tuesday afternoon to console them, prayed with the family for the repose of the soul of the deceased and for divine fortitude for the family to bear the irreparable loss. 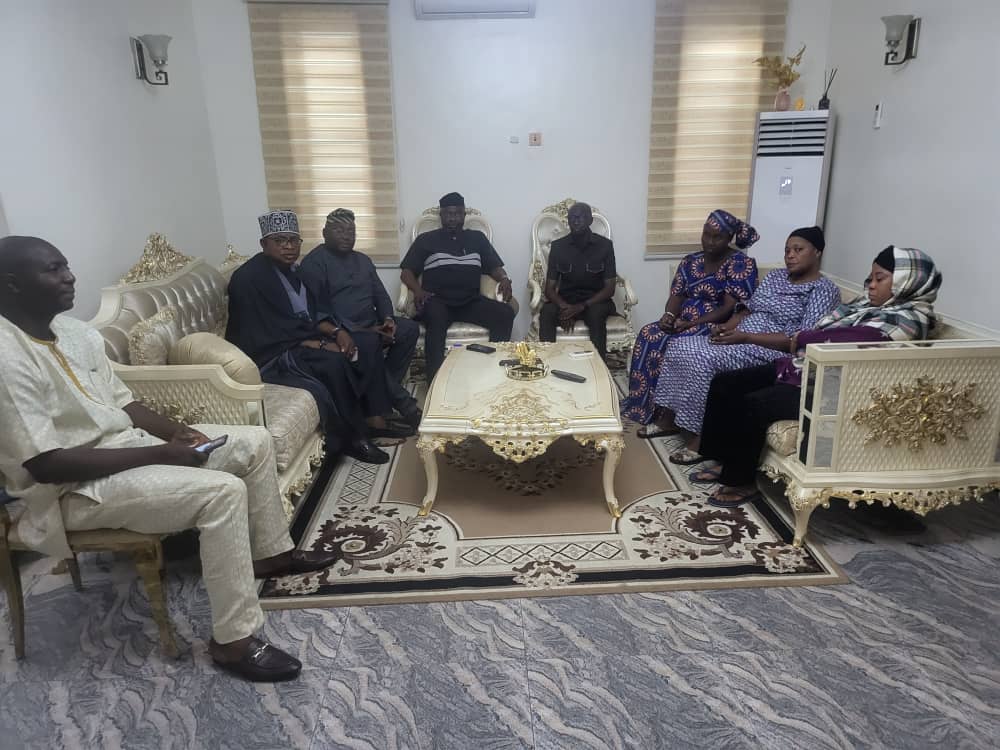 In his remarks, Adelabu described Late Funmi Ogunmola as a fighter with a gentle spirit who was mostly interested in the development of his community and upliftment of the downtrodden. He described Ogunmola’s campaign style as issue-based, development-focused and victory-driven. He also said that the party had high hopes of Ogunmola’s victory at the next election given signs witnessed during the Party’s consultative tour of Ogunmola’s federal constituency.

“He was loved by all, the traditional council, the Religious community which include the Christians, the Moslems and traditional religion’s community. Even, the artisans, the market women, the farmers, the unions, the teachers, civil servants all spoke highly of him and his development activities which cut across Atisbo, Saki East and Saki West federal constituency” Adelabu said.

The Accord’s guber candidate joined others in prayers while he expressed his desire for his Party’s victory at the poll next year as the only way not to allow Ogunmola’s hard work to go in vain. He then made a call through to the National Chairman of the party, Dr Lawal Nalado who also spoke to the wife of the deceased to console her and pray for her on the death of his Party’s candidate. He also promised that the National Excotogether with the Oyo team of the party will do everything to support the family.

In their response, the family and friends of Late FunmiOgunmola expressed their appreciation to Chief Adebayo Adelabu and his team for the promptness of their visit to the family and prayed that God will continue to protect other members of the party and success will surely come their way in the next election. They also thanked Accord  generally for sharing in their grief and prayed that such bad occurrence will cease in the party, henceforth.

On the entourage of Chief Adebayo Adelabu was the Director General of Oyo State Accord Central Campaign Council, Chief Adegboyega Adegoke, the Aare Onibon Balogun of Ibadanland, the State Joint Campaign Coordinator, Comrade GbengaOlayemi (Ariba) and an Accord Party’s leader in Oke Ogun, Engineer Femi Alao.