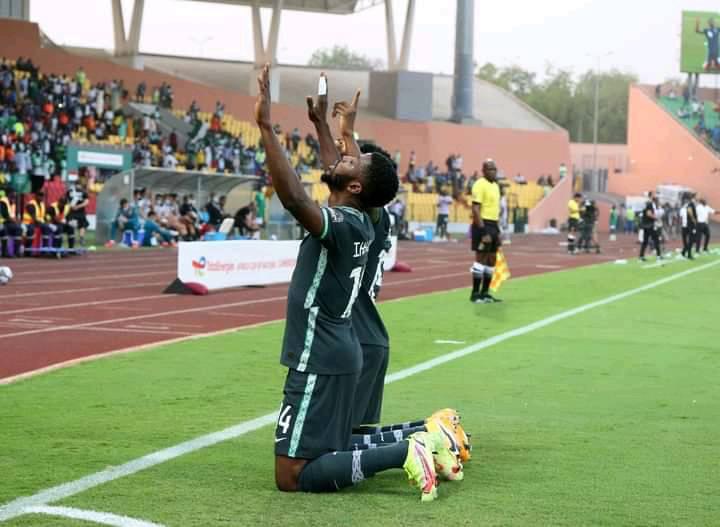 The Speaker of the House of Representatives, Rep. Femi Gbajabiamila, has congratulated the Super Eagles of Nigeria for their victory over the Pharaohs of Egypt during their first Group D match at the ongoing African Cup of Nations (AFCON) on Tuesday in Cameroon.

Gbajabiamila was elated that the Super Eagles put up a superlative performance to defeat the Pharaohs of Egypt, who are considered one of the favourites of the tournament.

The Speaker, who is the leader of the Federal Government’s delegation to cheer up the Super Eagles, noted with delight the team spirit among the Eagles players.

He urged the Super Eagles to maintain the same spirit and tempo throughout the tournament so that they would come back home with the trophy.

Gbajabiamila also lauded the technical crew of the Super Eagles for doing a good job.

He also applauded the Minister of Youth and Sports, Sunday Dare and his team, and the leadership of the Nigeria Football Federation.