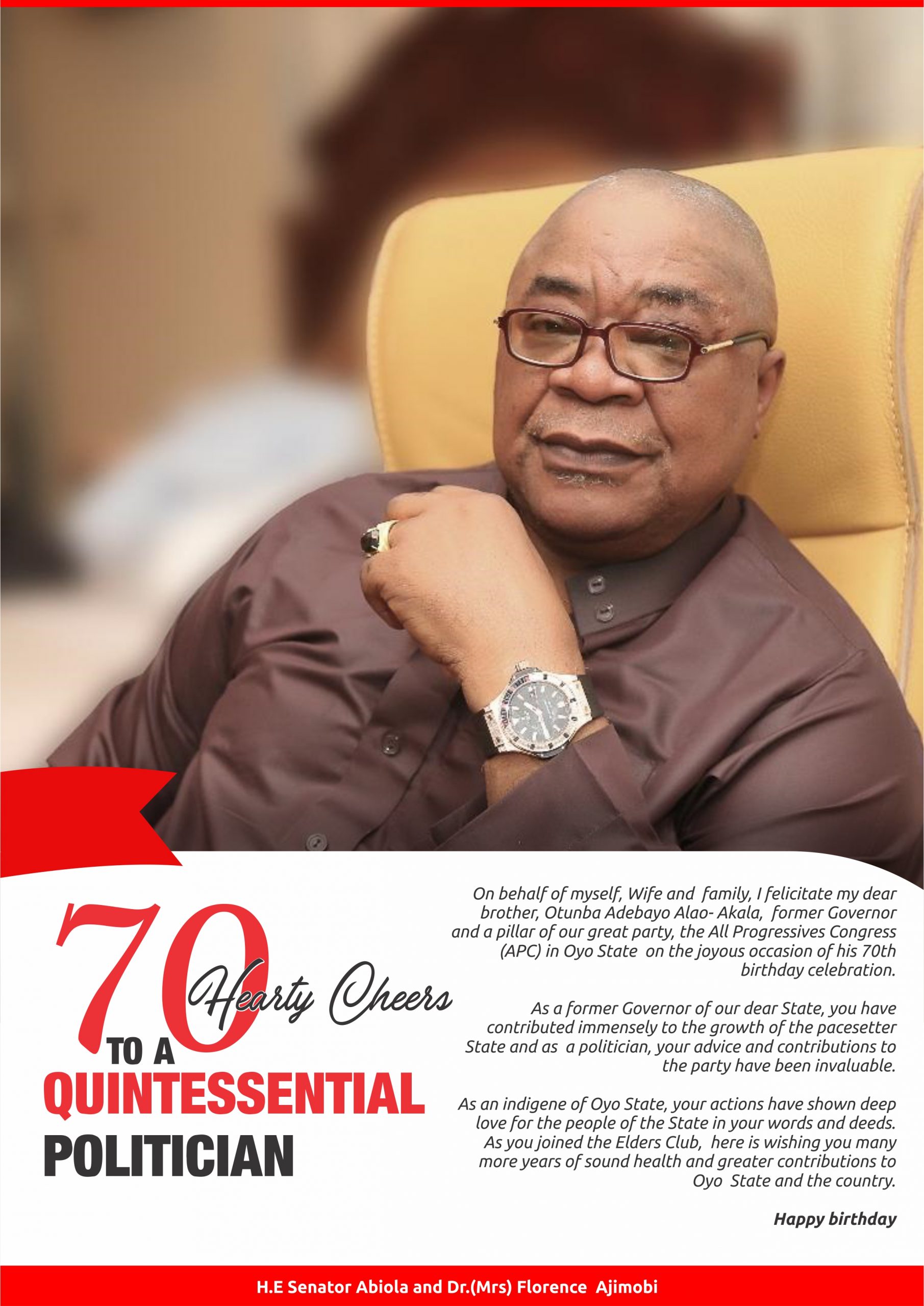 Deputy National Chairman (South) of the All Progressives Congress (APC), Senator Abiola Ajimobi has described former Governor of Oyo State, Otunba Adebayo Alao- Akala as a quintessential politician and a major pillar who has contributed immensely to the fortunes of the APC in the State. 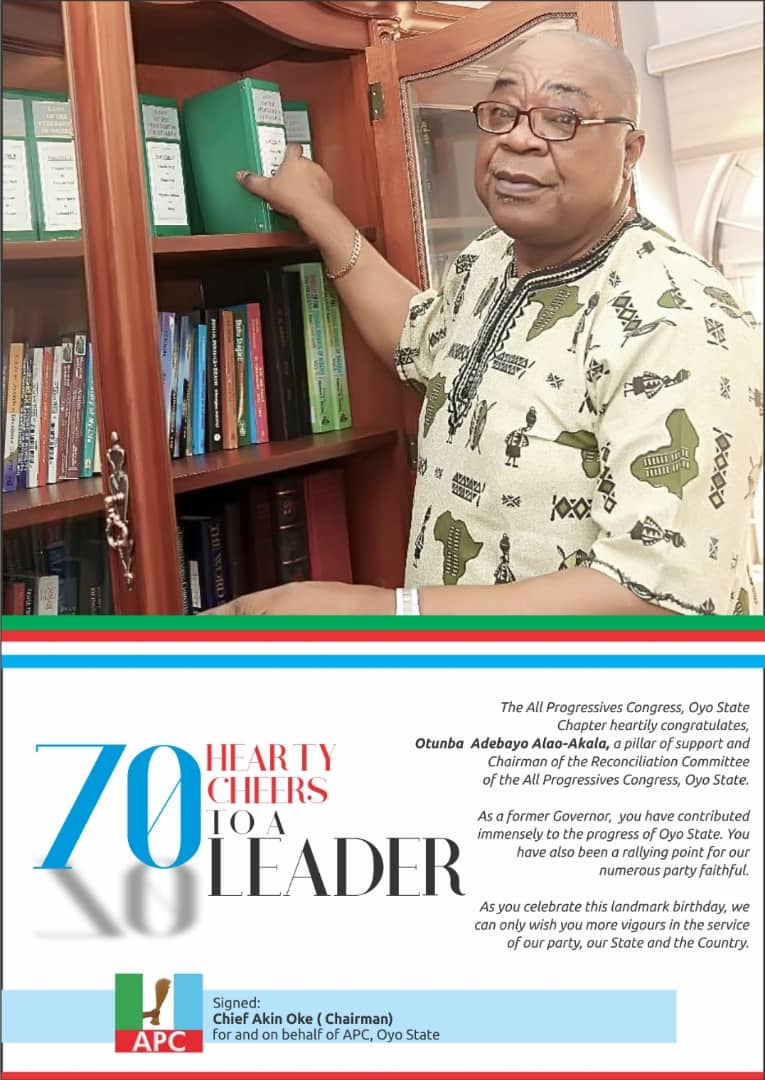 This encomium was contained in a 70th birthday advertorial placed in national dailies by the immediate past Governor of Oyo State
Similarly, the State Chapter of the APC congratulated the former Governor as he clocks the enviable age.
Senator Ajimobi in his message said Otunba Alao-Akala left indelible footprints as Governor of the State having contributed to its growth. Reproduced below is the message:

“On behalf of myself, Wife and family, I felicitate my dear brother, Otunba Adebayo Alao- Akala, former Governor and a pillar of our great party, the All Progressives Congress (APC) in Oyo State on the joyous occasion of his 70th birthday celebration.
“As a former Governor of our dear State, you have contributed immensely to the growth of the pacesetter State and as a politician, your advise and contributions to the party have been invaluable.
“As an indigene of Oyo State, your actions have shown deep love for the people of the State in your words and deeds.
“As you joined the Elders Club, here is wishing you many more years of sound health and greater contributions to Oyo State and the Country.”
The message of the State APC signed by Chief Akin Oke, State Chairman on behalf of the patty also reads:
“The All Progressives Congress, Oyo State Chapter heartily congratulates, Otunba Adebayo Alao-Akala, a pillar of support and Chairman of the Reconciliation Committee of the All Progressives Congress, Oyo State.
“As a former Governor, you have contributed immensely to the progress of Oyo State. You have also been a rallying point for our numerous party faithful.
“As you celebrate this landmark birthday, we can only wish you more vigours in the service of our party, our State and the Country.”