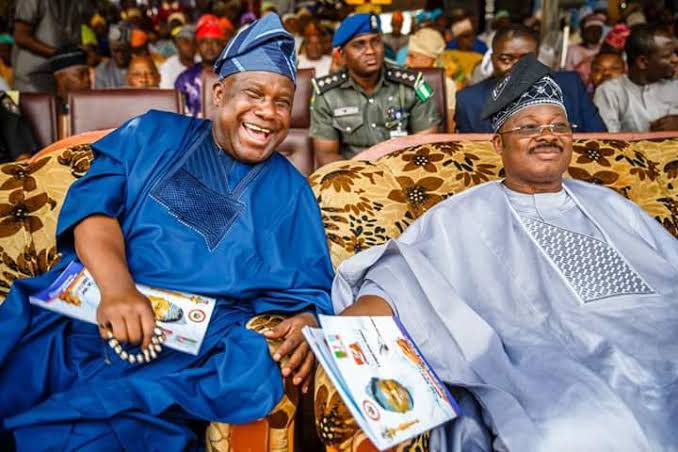 As today marks exactly one year that he died, The former Governor of Oyo State, Late Senator Abiola Ajimobi remained unforgettable following his achievements and legacies.

This declaration was made by Distinguished Senator Buhari Abdulfatai of Oyo North in his one year’s remembrance message to people of the State.

Senator Buhari who identified Ajimobi as the longest and most impactful Governor in the history of Oyo State said people in the State now know the difference between a manager and a mediocre.

He added ” we’ve missed my boss, Chief Ajimobi. He managed both human and material resources of the State for the best advantages”.

The legislator pointed out that the entire people of the State now appreciate Ajimobi more because he put up the best security system which fostered peace and unity throughout his tenure of eight years as the Executive Governor of the State.

He added that God has been so faithful to the family he left behind as they’re all doing wonderfully well while he prayed onto God to grant Governor Ajimobi eternal rest.