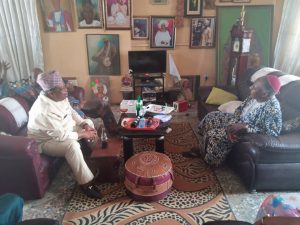 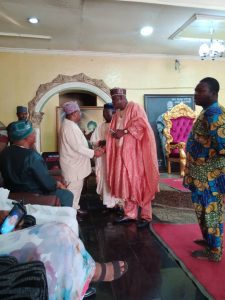 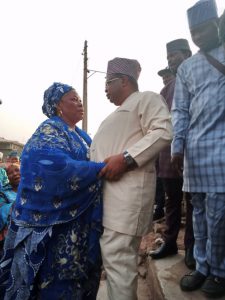 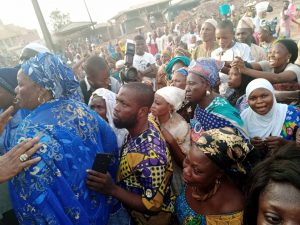 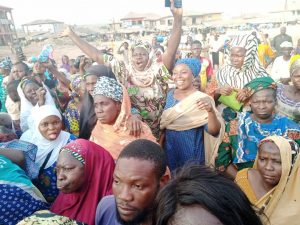 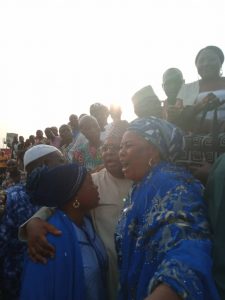 THE 2019 gubernatorial aspirant of the All progressives Congress(APC) in Oyo State and founder of Tegbe foundation, Joseph Olasunkanmi Tegbekn Monday, provided succour to the affected traders of the Akesan market inferno by donating millions of naira as palliatives.

Joseph Olasunkanmi Tegbe has provided succour to the affected traders of the Akesan market by donating millions of naira as palliatives. You’d recall that there was an inferno at Akesan Market, a major market in Oyo town last week which destroyed properties and goods in the market, has denied many of the traders their livelihood.

Tegbe, who returned to the country visited the Palace of Alaafin of Oyo immediately on Sunday to sympathize with Alaafin and the people of Oyo.

Speaking during the visit to Oyo today to sympathize with market women and the Alaafin of Oyo, he said “beyond sympathizing, it is necessary to begin a relief program for those directly affected by the fire in Akesan market as their lives and daily needs won’t be on hold after this sad incident. To this end, I consider necessary, an immediate release of funds from Tegbe Foundation’s 50-million naira Trader Support program for the market traders in Akesan. I am committed to the welfare of the people of Oyo State in whatever position I find myself and will continue to do everything within my power to contribute to the socio-economic well being of the people of Oyo state.”

Joseph Olasunkanmi Tegbe was received by the Ìyá L’oja and scores of market men and women. The traders and the entire community were filled with ecstasy by immediate cash donations made to the traders, associations and interest groups.

Tegbe used the opportunity of his visit to felicitate with the Alaafin on the monarch’s 49th Coronation Anniversary.  Tegbe also met with Archbishop Ayo Ladigbolu, foremost Oyo community leader who is coordinating construction efforts. While speaking to the Archbishop, Tegbe recollected memories of his growing up around the environs of the famous market. He pledged to contribute in cash and kind towards efforts aimed at rebuilding the market.”