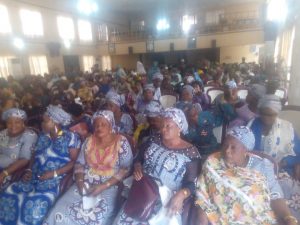 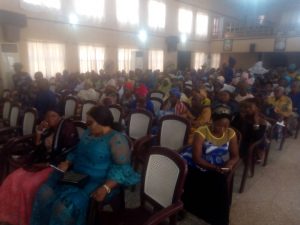 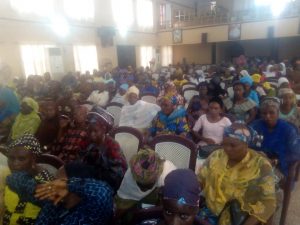 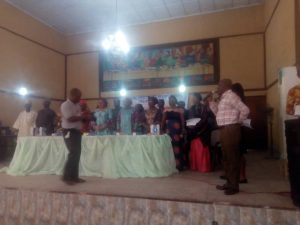 A total of 330 women from across Oyo State yesterday benefitted from the Micro Enterprise Enhancement Scheme (MEES) of the National Directorate of Employment (NDE) as they received revolving loans in varying sums.

The event held at Rev. Father Dolan Hall, Oke-Ado, Ibadan was facilitated by the state chapter of the All Progressives Congress as it was graced by the former first lady, Chief (Mrs) Florence Ajimobi and chieftains of the party across the state.

In her welcome address, the state coordinator of NDE, Mrs. Olayemi Olayinka disclosed that the Directorate was always doing its best to stem the tide of unemployment in the country. She added that a total of 300 women benefitted from the scheme last year while another one would be organized very soon in the state.

The south west zonal coordinator of NDE, Mrs Aolat Adeola, who was represented at the programme by Mrs Olowogbemi hinted that the loan disbursement was an integral part of the Micro Enterprise Enhancement Scheme (MEES) initiated by the Muhammad Buhari administration to empower women at the grassroots level and thus reduce the scourge of poverty.

Mrs Ajimobi in her goodwill message implored beneficiaries of the scheme to make a judicious use of the loans and ensure that they return good turnover in no time so as to give room for others who are yet to enjoy similar gesture of the federal government. The former first lady lady flagged off the formal disbursements to some beneficiaries who were drawn from the 33 local government councils in the state.

The chief host and the state woman leader of the APC, Mrs Mabel Williams, spoke on behalf of all the beneficiaries and assured that the officials of the NDE that the aims of the scheme would be achieved in the state while she also pleaded for more assistance to women in view of the role which they play in the society.