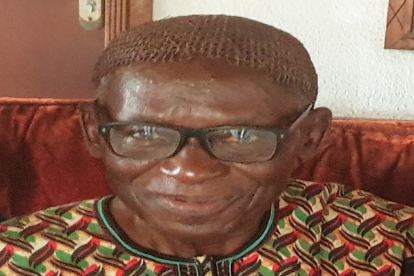 Lawal died after a brief illness on Monday.

His son, Ayoola described his father’s death as a “great loss to the Ifako-Ijaiye community and his beloved family that he loved dearly.”

He described his father as a community man and thorough-bred disciplinarian.

Lawal-Odunewu was born and bred up in Lagos Island into the Odunewu Oko descendant, family (the Onisemo of Lagos)

He was survived by children and grandchildren.

He was buried according to Islamic rites on Monday. The eight-day prayers will be held next week.

Previous Posts A Youth should be Youth Leader just as you would expect a woman to be woman leader - Oyetola
Next Posts HOW LAGOS IS LEVERAGING TECHNOLOGY TO TRANSFORM BUSINESSES, BY SANWO-OLU