ASIWAJU Tinubu congratulates Igbinedion at 88, says Esama of Benin is a trailblazer 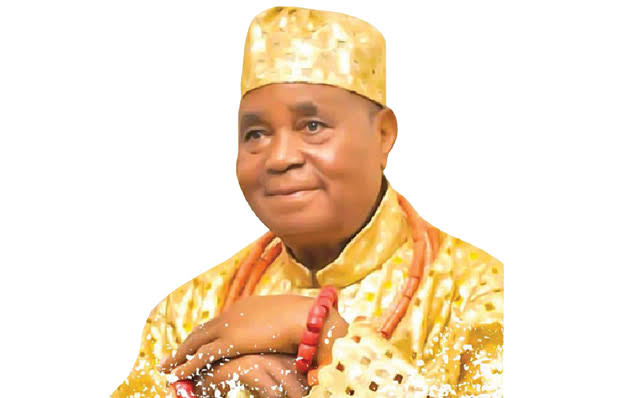 ASIWAJU Tinubu congratulates Igbinedion at 88, says Esama of Benin is a trailblazer

Tinubu praised the elder-statesman and Benin high Chief for his contributions to the social and economic development of the country as an entrepreneur, philanthropist and cultural ambassador.

“There is no better time to fully celebrate Esama of Benin, Chief Gabriel Osawaru Igbinedion, than on the occasion of his 88th birthday celebration.

“Chief Igbinedion is an extraordinary Nigerian who, through dint of hardwork and his indomitable spirit, blazed the trail for many Nigerians in business and philanthropy.
He made us realise its possible and profitable for a private individual to operate an airline business in Nigeria when everyone thought it was impossible.

“He brought fame and honour to his home town, Okada when he named his airline Okada and a little known village became known globally.

“Chief Igbinedion also made his mark in the educational sector with the establishment of Igbinedion University also in Okada as the first private university in Nigeria.

“As Esama of Benin, Chief Igbinedion excelled as a cultural ambassador and icon of the kingdom. He has used every opportunity to promote the rich culture and tradition around the world.

“I am indeed happy that this well accomplished Nigerian has reached the age of 88 in good health and uncommon vitality. I join his family, friends and associates to wish this illustrious Nigerian happy birthday and more grace for the years ahead.”