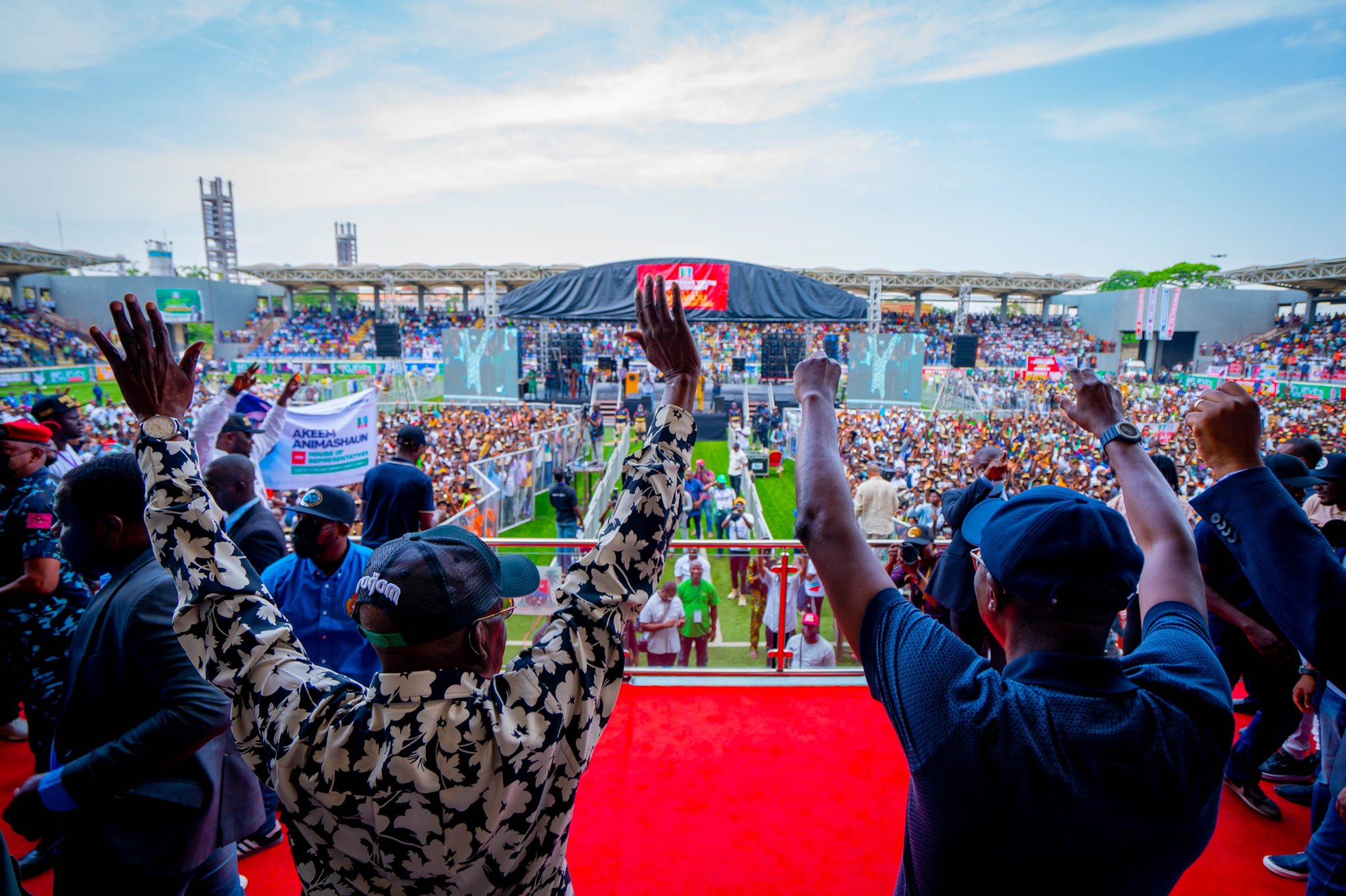 … BY THE YOUTHS OF THE SOUTHWEST.

Asiwaju Bola Ahmed had a successful outing today at the Mobolaji Johnson Stadium in Onika, Lagos State, where Southwest youths flocked in droves to support his presidential bid.

The APC National Leader, SW Zonal Leader, and all the state youth leaders of SW states were also present. The youths assured Asiwaju of their unwavering support and promised to assist him in spreading his gospel and actualizing his aspirations as a journey of salvation and building a prosperous nation for the young generation.

The Lagos State Governor, who is also a member of Asiwaju’s delegation, praised the SW youths’ efforts and genuine commitment to championing the cause of the BAT’23 project, while assuring them of Tinubu’s capacity and leadership prowess, given his background in both the private and public sectors, and the foundation he laid in Lagos, which many will hope to replicate in the nation at large.

The programme was dubbed “one of the most crowded events ever held at Onika Stadium,” where thousands of young people descended to express their love and support for a presidential candidate.

Tinubu Media Support (TMS) group was present at the August event and pleaded with other support groups to be civil and conduct a cleaner campaign in order to spread the Asiwaju gospel to the grassroots in all nooks and crannies of the country.