Asiwaju Tinubu is the most media-friendly By Tunde Oladunjoye 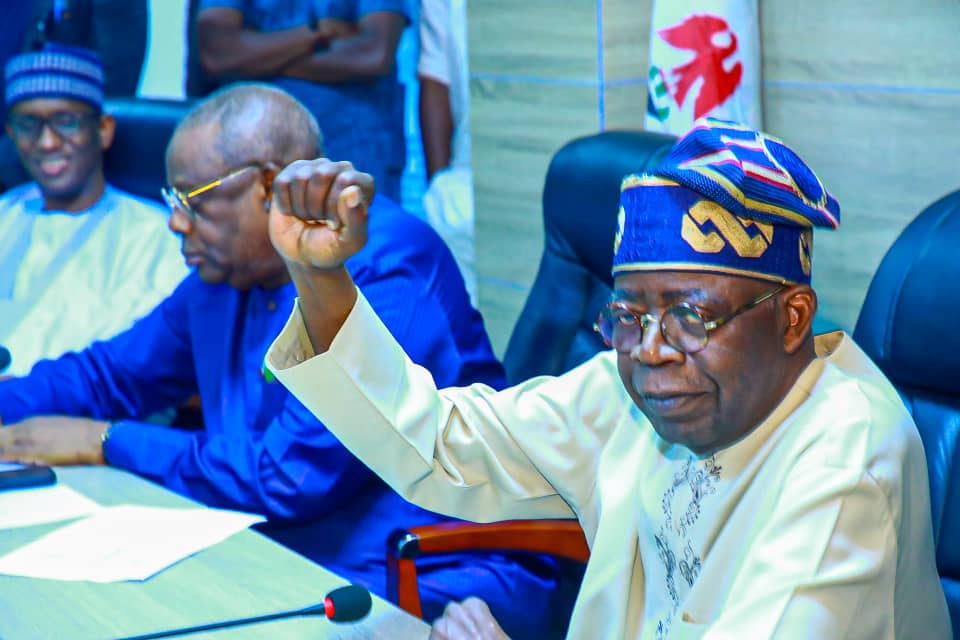 Asiwaju Tinubu is the most media-friendly

Today there is a trending peddled lie that Asiwaju said he “has no interest with the media”. This is certainly the handiwork of jittery and uninformed opponents.

Asiwaju Bola Tinubu is the most media-friendly among the presidential candidates. He is also the number one investor in media enterprises till date. He established, nurtured and continues to promote media business in Nigeria .

It is very ridiculous for people who peddle lies to also assume that we are all suffering from collective amnesia. At a point in our struggle for democracy, the Nigerian media bore serious, and I dare say, worst brunt. At a time when most politicians and investors were hand-in-gloves with the military, executing humongous contracts; Asiwaju Tinubu came to the rescue of independent media in Nigeria. He identified with them. He risked his hard-earned money and investments in other sectors.

He, Asiwaju, supported Nigerian independent media at a most troubling, lonely and critical time. I know this very well because I was not only close to The News/PM News/Tempo Team, I actually contributed articles regularly in Tempo Newspapers. Today, Tinubu’s Midas touch manifests glowingly on his ventures in the media sector with top-notch media establishments like The Nation and Television Continental. These are brands that even the opposition parties and governments cannot ignore.

How many politicians have journalists as their Chief of Staff? Asiwaju’s present Chief of Staff, Tunde Rahman, was formerly an editor with Thisday newspapers. The one that preceded Rahman, Sunday Dare, who is now the Minister of Youth and Sports, was a pioneer member of The News and Tempo Magazine and worked with other top leading media outfits. Asiwaju Tinubu has mentored media men and women too numerous to list here. Many of his mentees have become Commissioners, Secretary to State Government, Minister, Chief Executives of federal agencies and so on.

Those who feel they can turn the media against Asiwaju Tinubu are jittery of his eventual success at the polls. They are those rightly described by Shakespeare: “Cowards die many time before their deaths”.