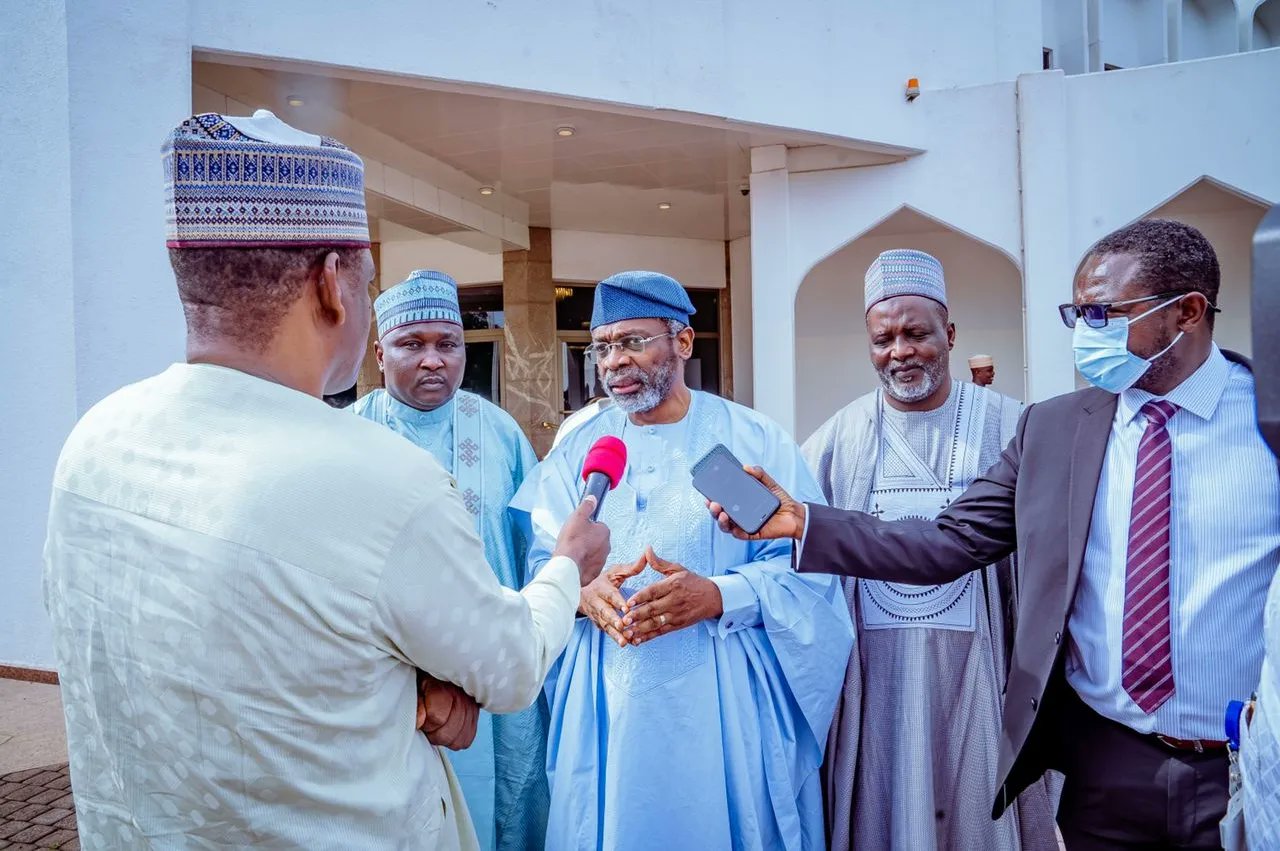 The Speaker of the House of Representatives, Rep. Femi Gbajabiamila, has met with President Muhammadu Buhari, as part of efforts to resolve the ongoing strike by the Academic Staff Union of Universities (ASUU).

The speaker led a delegation of principal officers from the House to the Aso Rock Presidential Villa immediately after Tuesday’s plenary.

Speaking with journalists after the meeting, the speaker highlighted the reason for their visit, saying, “After a series of engagements with ASUU and with people on the executive side, we’ve been able to come to some kind of decisions and recommendations to be made to Mr. President for his approval.

“As you know, what is on the front burner today, even beyond the politics, is that our universities, our lecturers, and our children are out of school.

“The House of Representatives decided to step in at that point four weeks ago and we’ve had a series of meetings that lasted hours and we’ve been able to get both sides to shift ground to an extent and that’s what we came to discuss with Mr. President about those recommendations.”

The Speaker also said he was hopeful that the crisis might soon be resolved as the delegation had a robust engagement with the President.

Speaker Gbajabiamila spoke more, “Mr. President, as usual, had a very good listening ear, he took the report of the House, accepted it. We discussed it at length, the details of the report and he wanted to go through them himself.

“We have another meeting on Thursday between our good selves and Mr. President for his final decision. We had a good engagement, with a very positive response.

“He asked us a couple of questions, in some grey areas which we clarified, and he accepted the reports and he wanted a couple of days to go through it.

“We are working and we are hopeful that this (strike) will soon be a thing of the past. I know once this is agreed upon, the strike will be called off.”