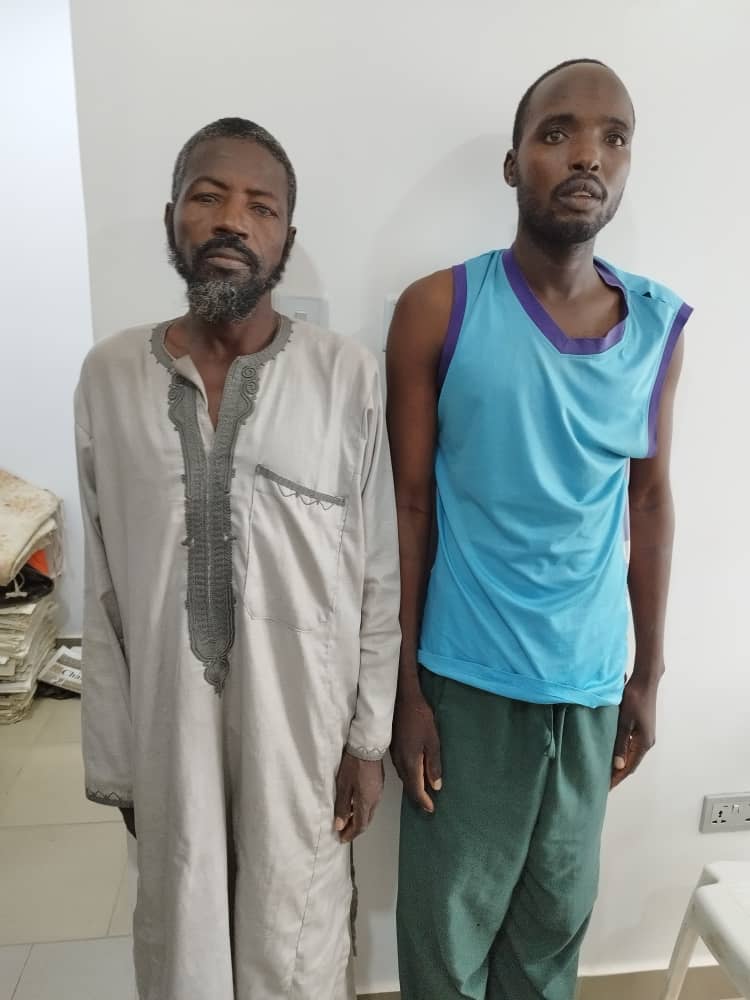 …. As Tunji Disu and his team strikes yet again at the heart and act of Terror.

The Police Intelligence Response Team (IRT) has arrested a deadly kidnap-for-ransom syndicate, which kidnapped the wife and two children of a serving lawmaker, Hon. Dr Ibrahim Aminu, in Katsina State.

The key suspects, Muttaka Ibrahim, Suleiman Rabiu and Surajo, all male and natives of Bakori LGA of Katsina State were arrested for allegedly supplying the information that led to the assault on the lawmaker and kidnap of his family members.

The police said during investigation, Ibrahim confessed to the crime, saying that he and other gang members were informants to Sanni Tukur, a.k.a Abacha, who is responsible for terrorising people in villages and towns in Katsina and Zamfara States.

They were said to have volunteered information to the bandit leader leading to the kidnapping of Hon. Dr. Ibrahim Aminu’s wife and six others.

Other victims of the syndicate include Buhari Usman, also know as Fedeco, Nazaradeen Ibrahim, Amandallah Ahmad, Ibrahim Suleiman, Sumayya Nura and Yahaya Bura, who are currently in the captivity of the gang.

The kidnappers received N11 million and another N10 million as ransoms for the lawmaker’s wife and children at different times.

Ibrahim, however, admitted to have received a payment of N130,000 from the gang leader, adding that one Yusuf Bala of Zaria was his accomplice.

He also admitted that the bandit leader collected a total of N6,500,000 from other victims they kidnapped at Yankwani town.

The police authorities through the Force spokesman, CSP Olumuyiwa Adejobi, has assured that all the suspects are going to be prosecuted in accordance with the provisions of the laws of the nation.