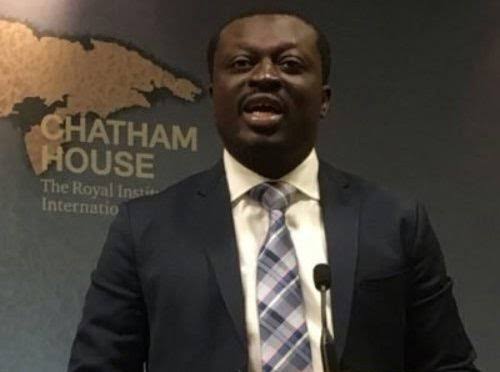 The political tension and adverse partisanship would have restrained me from writing this piece considering the binary thinking that disagreements with public officers are an overt expression of partisanship. While silence in this situation is tempting, there are important issues that require citizens to speak, and this is one of such cases.

The Oyo State Government has put forward a plan to borrow N100bn (in two tranches) from the capital market. Let us not make a mistake that public debt is a bad thing. It is good to borrow but there must be firm questions on what type of debt a state needs and ultimately, for what purpose. I did a short study recently about the finances of South-West states. It is very clear that Oyo state ranks relatively low in terms of Internally Generated Revenues with N26bn annually. Ogun state in the next corridor did N73bn and Ondo state is finding its feet, posting N22bn in 2019. Why will Oyo state’s IGR be so low if the National Bureau of Statistics records that the state has the highest level of consumption in Nigeria after Lagos state?

In BudgIT’s analysis, 65% of Ogun state’s revenues come from IGR; for Oyo state that is as low as 32%, showing immense dependency on central revenue distribution. This prompts the question: Is there anything in Oyo state’s borrowing plan that is either self-liquidating or tied to IGR growth in a concise manner?

Before we dive deep into Oyo state, let us look at its neighbour Osun state, part of the Old Oyo state. In the last seven years, Osun state was also on the borrowing binge and landed itself in trouble. In fact, part of the Oyinlola-led government’s borrowing plan included the construction of mini stadia. There are two questions that the Osun state government at the time should have asked: what did Osun state need a stadium for so badly at the time? How will a stadium generate revenue in an organic way that will not only pay back the loan used to build it but also sustain its operations?

The 2015-2019 FAAC analysis for the state shows that out of N212bn gross FAAC allocations accrued to the state, N128bn was deducted for debt repayments from the federal allocations within this period. Governors Oyinlola and Rauf Aregbesola might have had good intentions for the state but additional debts without concise risk management scenarios put the state’s fiscal numbers into jeopardy.

The current Osun state governor still pays those debts, over N39.7bn has been deducted from November 2018 till April 2020 for debt repayments, shortening the capabilities for whatever agenda it might have. It was no coincidence that Osun State had to rationalise payment of workers’ salaries when oil prices slumped. Compare that with Lagos state: If Lagos state plans to borrow N100bn, or even more than that, it can afford it.

Here is why: it generates an annual IGR of N330bn, an amount that Oyo state does not receive in a decade. In the past years, many states in the South-West continually aped Lagos state when it came to the execution of projects.

Anything Lagos state did, the other states seemed to follow suit, which may appear good on the surface. Yet, a deeper look at each state and their capacities stress the fact that it is important that each state grows according to their strength. This is important because a moth is not the same as a bird even though they both fly. Development, like borrowing, is not a copycat game.

Now, back to Oyo state. Oyo state’s revenue in 2018 was around N137bn, with also a recurrent expenditure as N107bn, that means that the state had only N30bn without borrowing for capital expenditure that year.

I agree that this might be too small to execute government programmes. I agree that roads, bridges, schools and hospitals are begging for attention.

However, while the path of debt seems like an appealing lure, it is just a bitter pill coated with honey. Getting loans to execute massive projects without an overall assessment of underlying issues is like building fancy schools and being unable to pay teachers, or large hospitals without qualified medical doctors. Soon, the state will be forced to face the tougher questions: where will the education outcomes come from? How will quality healthcare be dispensed? The answer is to apply progression with immense efficiency prioritising the infrastructure that does two things; first, brings ease to people on development and social angles and second, expands Oyo state’s revenue profile in the near term.

Oyo State is just 60km to Lagos state and whatever Ogun has become with the third-largest IGR in the country, it’s because of its proximity to Lagos and the industrial conurbation it has built around the Agbara, Lagos-Ibadan, Epe and Ota corridors.

So why are Oyo state’s plans not woven around building an industrial base that taps into its proximity and economy of Lagos as well as its connections to the globe through the ports? What is Oyo state’s plan to leverage the ongoing Lagos-Ibadan rail project when it’s done? How will the state plug its own resources into this infrastructure to accelerate its IGR growth?

With a N100bn debt, Oyo state might be plunging itself into debt which will require at least N1bn monthly in debt repayment interests and another N8bn annually to be ploughed into a sinking fund for principal repayments if a ten-year bond is taken. Consequently, this would mean that we have already sacrificed future revenues in the name of debt. Yet, many times, the infrastructure that the loans built hardly last up to ten years. Would those roads last up to ten years or within a defined tenor of the loan?

As at 2019, Lagos state’s debt stood at N946bn; Ogun, N178bn; Osun, N173bn; Oyo, N127bn; Ondo, N97bn and Ekiti, N123bn. If the debt numbers are relatively low, it provides a room for the current government to have a cushion to make its obligations. Oyo state under late Governor Ajimobi flirted with the idea of a N50bn bond that never materialised but if it had happened in addition to the debt growth, it would have severe implications for the current administration as it does in Osun and Cross River states.

What Oyo state needs is to prioritise its infrastructural development in context of a state development plan to grow revenues and expand opportunity. The Iseyin-Ogbomoso Road can be financed with a smaller bond. The state has no business using debt to upgrade an airport that only lands two planes per day, the Ajia-Amuloko Road can be funded in a three-year cycle through the budget process. I am impressed with the approach for N8.5bn alternative funding but also very concerned about the pedigree of the contractor who does not have any strong online presence or perennial record for such stretch of road.

It will be important that Oyo state maintain a solid evaluation mechanism irrespective of the current funding approach. While the Ibadan Circular Road might be useful, why not use a Public-Private Partnership, as it benefits from the incoming Lagos traffic or just lobby the Federal Government and members of the National Assembly to consider the Toll Gate-Ojoo Expressway section in the federal government budget cycle?

If the state government is able to bring forward ideas on how its debt would be self-liquidating or increase IGR, then new debt will be tenable. However, the fundamental tasks for Oyo state are to position itself as an investment vehicle for talent and enterprise. Ideas such as the Akufo farm settlement are good and should be scaled. There is a need to look into the Oke-Ogun area with its huge agrarian culture and also the marble industry around Igbeti area. From Kaduna to Ekiti, the song is how to ease the environment for private investment and not just another round of debt binge. While the Federal Government might have the means to seek funds from the Central Bank, the state governments don’t. And even states that rely largely on FAAC allocations do not have such luxuries to go on endless debt binges.

We are all aware of the current fiscal situation across the world due to the current pandemic. These aren’t the best of times to raise debt, especially as the main commodity that provides the direction for FAAC is still recovering. Oyo state will be harshly judged within those contexts thereby raising borrowing costs a notch higher. Governor Seyi Makinde only needs to look around him to learn: look at neighbouring Osun state that’s still struggling to get out of the woods. He also needs to listen to the whistle of warning, to voices beyond the “borrow-borrow” singers. Loans should be taken with caution, by carefully looking twice–first at the capacity of the infrastructure to yield funds, especially growth of IGR in the medium term and second, its overall impact on the people. With loans, just because you can, does not mean you should. The issue here is that Oyo State might be setting itself for fiscal ruin, if hard questions aren’t asked. As we say in Ibadan: A ò ní dàmú o!