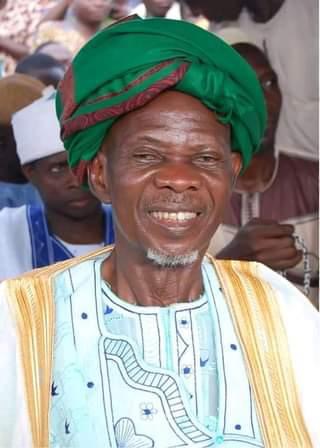 The Senator, representing Oyo North district, Dr. Buhari Abdulfatai has described the death of Chief Imam of Ogbomosoland, Sheikh Alamal Yekeen Ashafa Adegboyega Sanusi as a collosal loss to Muslim Community not only in Ogbomoso but in Oyo State as a whole.

Dr. Buhari gave this description in his condolence message to the family of the astute Islamic scholar and generality of Muslim Community in Ogbomosoland made available to journalists this afternoon.

The lawmaker stated that the news of the demise of Sheikh Sanusi was a rude shock but there’s nothing anybody could have done to avert the occurrence while added that the joy of it was that he died as a believer who committed his entire life to worshipping of his Lord.

Senator Buhari lamented that the late Chief Imam was a Father and Guardian whose conducts showed that Islam is a religion of peace and unity.

He prayed that Allah grants Sheikh Sanusi eternal rest, forgives all his shortcomings and rewards all his deeds with Aljannat Firdaous on the day of judgement.

The legislator also prayed for the family and generality of people of people of Ogbomosoland so that they shall be given the desired fortitude to bear the great loss.

It shall be recalled that the Late Sheikh Sanusi became the Chief Imam of Ogbomosoland in 2002 but today 8th of October, 2021, he joined his ancestors.