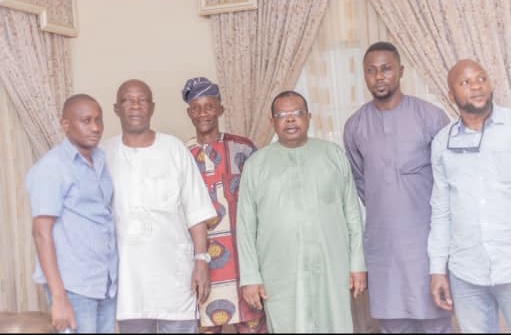 The Oyo State Councillors Forum, drawn from the 33 LGAs and 35 LCDAs on Saturday paid a courtesy visit to Mogaji Olasunkanmi Tegbe at his Bodija residence. 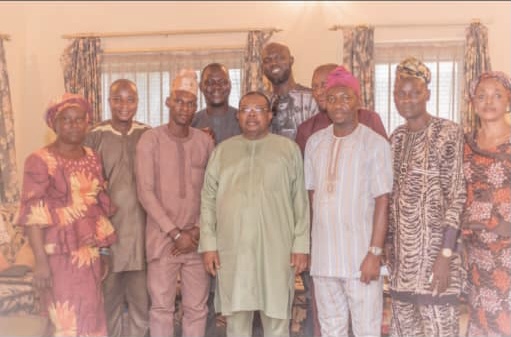 The Forum, led by their coordinator, Hon Adesoji Adesokan with representatives drawn from all Geopolitical zones in Oyo state thanked Mogaji Tegbe for his consistent contribution to the party, most notably, his financial support to ALGON and the party during the court case in which the party emerged victorious. They recalled how many members of the forum were pained when he was asked to step down during the 2018 Gubernatorial Primaries, and commended him for staying and supporting the party and its candidate in 2019.

While reacting to their visit, Tegbe thanked the Councillors for their visit and requested delegates to observe a minute silence for their departed colleagues who passed on in the course of the struggle for their mandate. He further congratulated members of the forum on the victory won at the Supreme Court. He urged them to be at the forefront of reconciliation within the party at grassroot level. He asserted that only a united party can win as he emphasized the importance of the local governments being the closest to the people at the grassroot

He also saluted all members of Oyo ALGON led by Prince Abass Aleshinloye for their doggedness in this course.

While concluding, Tegbe reiterated his commitment to Making Oyo First Again. He sought the support of the Councillors as the party prepares for its congresses towards the 2023 Gubernatorial elections. The meeting was concluded with prayers for Mogaji Tegbe, for APC and for Nigeria.

In a related development, Mogaji Tegbe also played host to elected Councillors from Ibadan South East LGA and Ibadan South LCDA who were led by the speakers, Femi Ajetunmobi and Jamiu Olanrewaju. He congratulated them on the impact of their tenure, which ended on a high note with the victory won at the Supreme Court. The Councillors thanked him for his constant support and pledged their support for his Gubernatorial ambition.