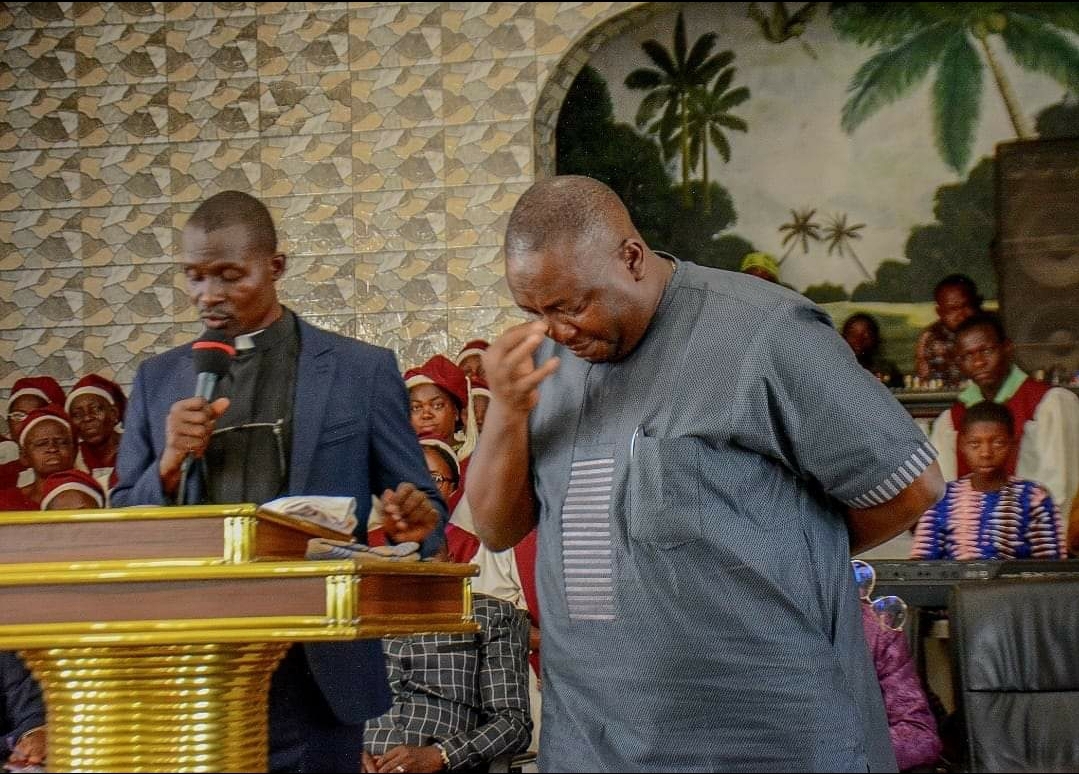 It was a sad moment on Wednesday at the First Baptist Church,Ago Are, in Oke Ogun area of Oyo State.

The usually stoic governorship candidate of Accord, Oloye Bayo Adelabu lost his usual calm mien and broke down in tears. He had tried to hold back his tears, stayed strong,  he was however overwhelmed when he saw the casket bearing the remains of Hon Funmi Ogunmola, Accord House of Representatives candidate for Saki East, West and Atisbo Local government areas, trailed by his wife and young children into the church where the service was held. 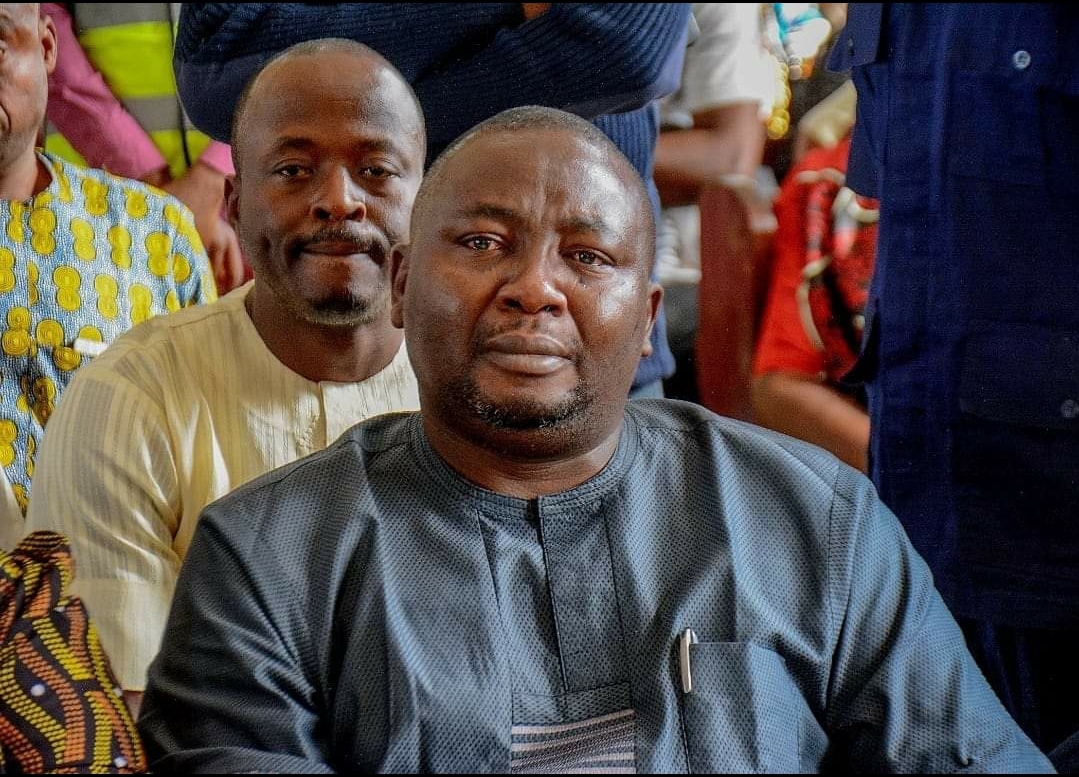 Ogunmola died on December 4 after complaining of a minor chest pain. Oloye Adelabu had subsequently suspended all campaigns and consultations activities for seven days and ordered the lowering of flag at half mast at the Bayo Adelabu Campaign Organisation (BACO) 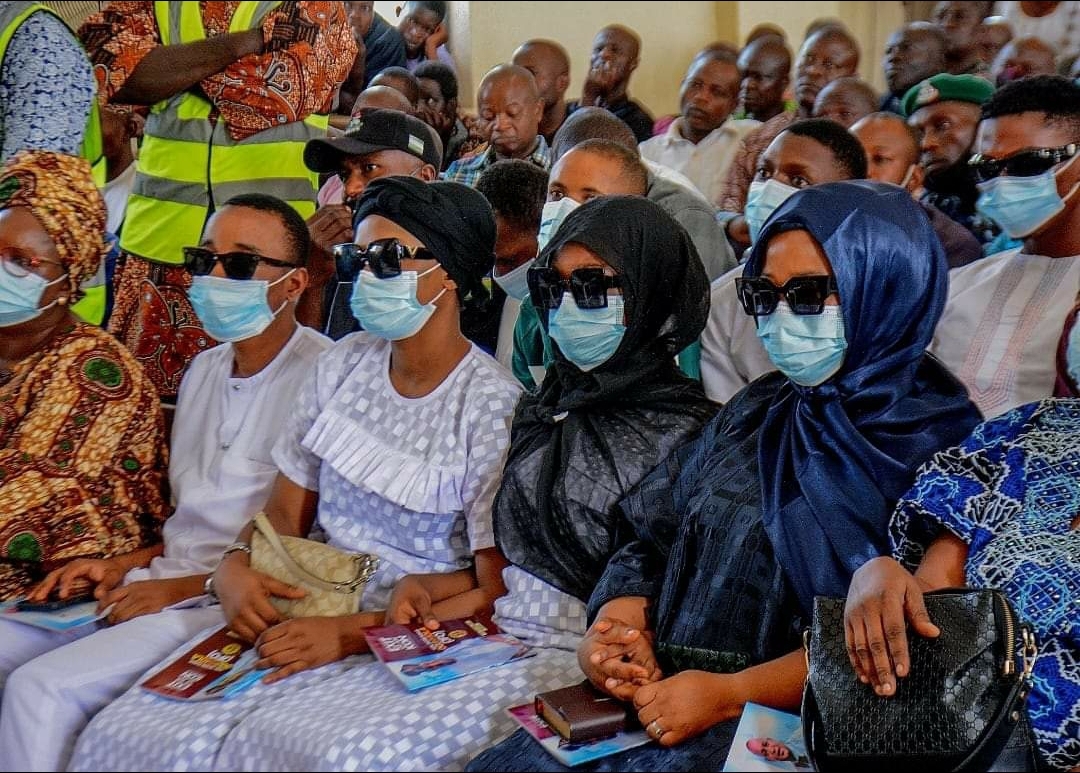 The church service was attended by wife of the deceased,  children , family members, Accord members in the State led by Oloye Adelabu.

Adelabu said the shock of Ogunmola’s passing is something he is still trying to come to terms with. “ His death came as a shock, he was with us on most of our consultation tours. One never knew this could happen.”

Speaking further on the late philantrophist, Adelabu said he and other associates of Ogunmola took solace in the good life he lived.

Previous Posts PRESIDENT BUHARI CONGRATULATES YOUTH AND SPORTS MINISTER, DARE ON DAURA TITLE
Next Posts 2023: Why I Will Vote for Tinubu By Aliyu Tilde