Embrace Basic Needs of the Masses”, Oyo Lawmaker to Politicians

“Embrace Basic Needs of the Masses”, Oyo Lawmaker to Politicians 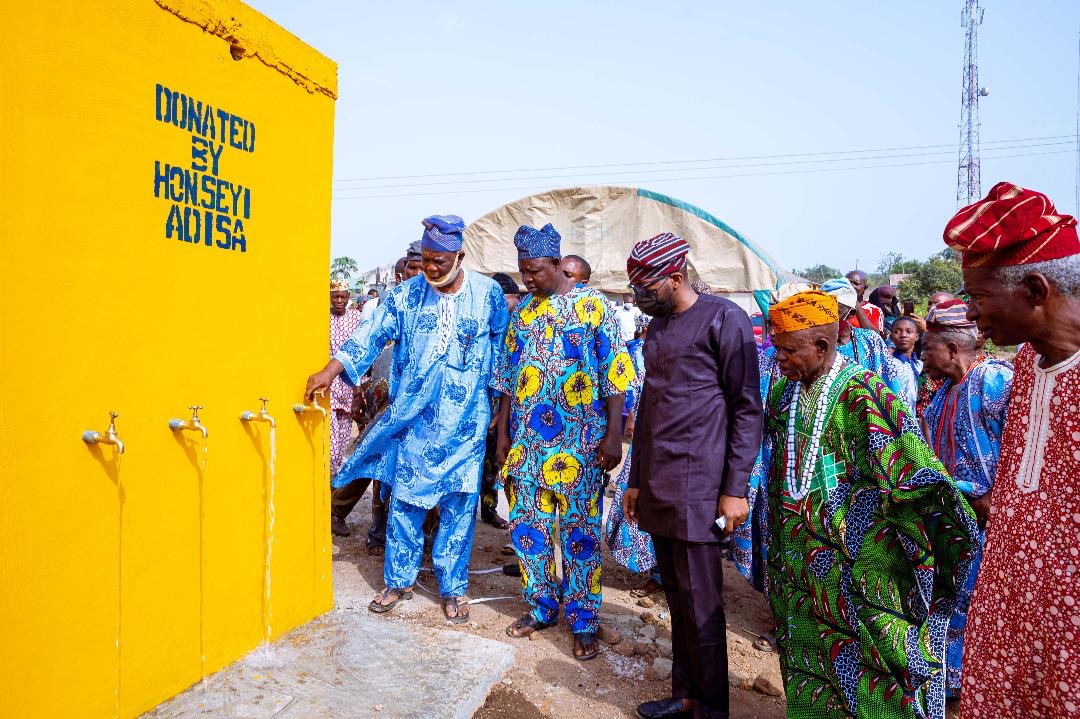 The Member representing Afijio in the Oyo State House of Assembly, Hon. Seyi Adisa, recently reiterated the need for sustained development, adding that it will only be achievable when a leader or representative continuously identifies, understands and embraces the basic needs of the people they are chosen to serve.

He stated this while joining the people of Jobele community in Afijio to put to first use, a fully equipped BoreHole facility, the 12th of its kind, erected by his development team.

In his words, Hon. Seyi Adisa underscored the need for development as a primary and continuous need that must always consider the immediate and basic needs of the people, no matter how lofty other plans are, while ensuring there’s a balance.

“As we completed and started the usage of the 12th BoreHole for my people at Jobele, Afijio yesterday, their palpable happiness reminded me of a fact; that, the things which matter to them must matter to you if you intend to serve them successfully and bring development.

Our loftier efforts must consistently strike a balance with their pretty basic needs – this is an important leadership and development lesson we’ve been able to apply across the board in our efforts for Afijio and for the people.

To us, it was just water. To them, it is more, and I was just really glad we hit this 12th of its kind across the entire local government, from Awe to Ilora and other parts”, he said.

Known for his #PoliticsOfDevelopment mantra across the state, Hon. Seyi Adisa has received commendation for his efforts at using the platform of politics to drive the narrative of development aggressively.