The Governor’s commitment was greeted with all-round acceptance from youths championing interventions across the 17 goals, as key SDGs advocates thronged the State House in Alausa to witness the launch of the initiative.

The initiative is the first ever Government-initiated but youth-led SDGs action, designed towards creating an effective platform for partnership with youths in achieving the 2030 Agenda. The platform would enable the Government establish an avenue for coordination on SDGs actions in communities and also create the conditions for active engagement.

No fewer than 9,000 youths leading interventions across the SDGs in Lagos have signed up to be on the alliance.

Sanwo-Olu, who was visibly excited by the acceptance of the alliance, told the youths that the future had arrived, as the partnership would afford them to lead Government’s interventions across the SDGs deliverables. He stressed that the Government would be willing to play supportive role, while the youth SDGs advocates leverage their network to make greater impacts across communities.

The Governor said: “What we are about is to see how we can bring SDGs champions and society influencers in our various communities together on platform for measurable impacts. We strongly believe the Government cannot do it by itself. We don’t have the reach and connection which you advocates have.

“When we took the decision to set up this alliance, we wanted to create a partnership through which we can have real conversations and engagement that can improve lives. The future is here and our young people have been given the seat to lead interventions across the SDGs, while the Government plays a supportive role. We want to see how we can turn efforts from this initiative into greater impact in multiple folds.”

The Government’s willingness to addressing key challenges slowing down the attainment of SGDs, Sanwo-Olu said, is central to the facilitation of the partnership, thanking the global goals’ advocates, whom he described as “great minds”, for accepting to work with his administration to meet the SDGs.

He urged the youths to turn the collaborative effort to a life-changing platform, saying the initiative would be a success story if it directly touched lives of the vulnerable people. 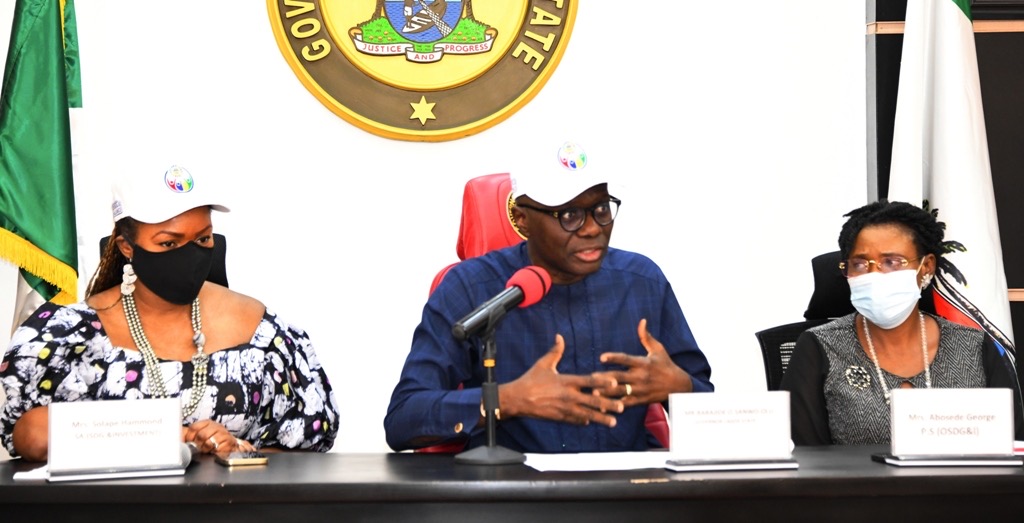 He said: “The objective around the alliance is to use the SDGs as a springboard for real development. There is no way we can talk about the future if young people are not in the conversation. I thank the youth advocates and various influencers for accepting to work with us on this alliance. By working with the Government, the interventions can reach a lot of people quicker and faster.”

Special Adviser to the Governor on SDGs and Investment, Ms. Solape Hammond, said the alliance was borne out of the conviction that the youth demographic represented a potent force to drive positive impacts.

She said the Sanwo-Olu administration embodied progressive collaboration and engagement, expressing hope that the alliance would achieve its objectives.

Senior Special Assistant to the Governor on SDGs, Lekan Fatodu, said the Governor’s commitment towards the success of the alliance manifested in his physical attendance of the event.

Fatodu, while presenting the SDGs champions to Sanwo-Olu, said: “Many of the young people we have on the alliance are most active advocates in physical and digital spaces. They have expressed their interest in sustaining the engagement with the Government to deepen trust and confidence.”

Nollywood actor Jim Iyke said he was excited by the willingness of the Governor to allow the youths drive the alliance. He approved of the partnership and pledged his commitment to its success.

Also, Odetola promised to use her Nollywood platform to promote actions in the areas of mental health, substance abuse and gender equality.