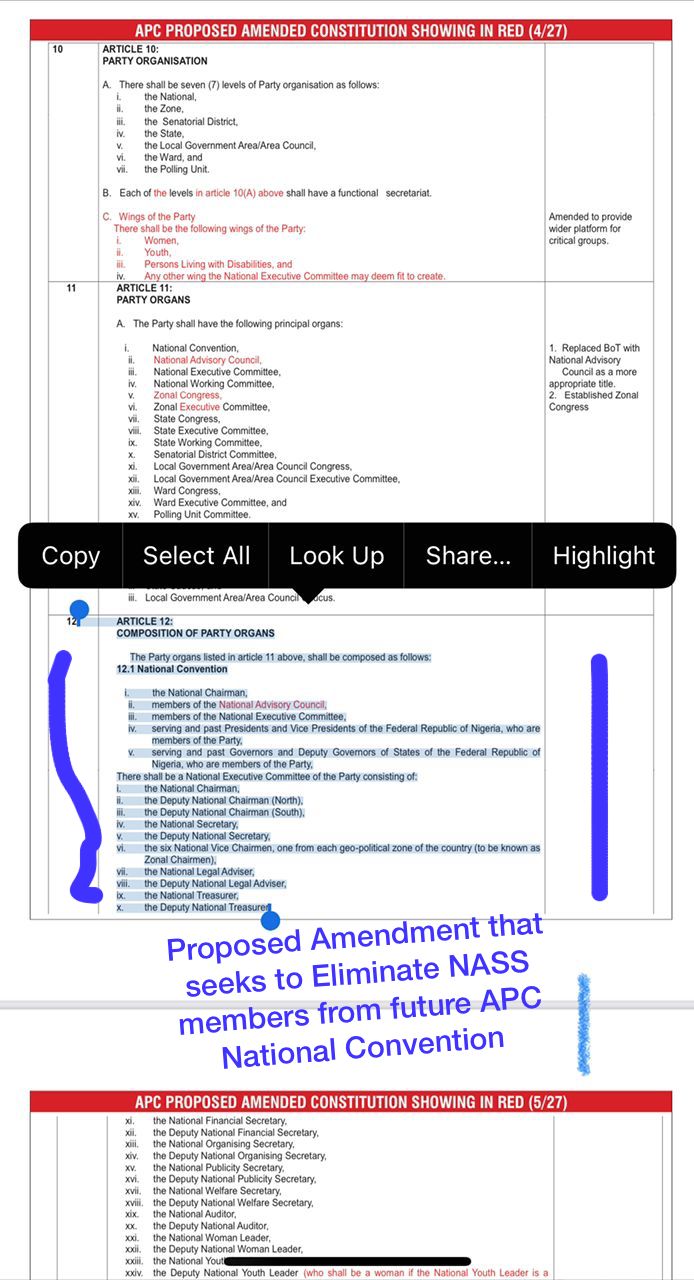 Going by the Proposed amendments to the APC Constitution released by the Mai Mala Buni-led committee yesterday, they seek to eliminate the serving and former members House of Reps and Senate from the future APC national convention(Presidential Primary election ). Political observers strongly believe that this is targeted at reducing the potential delegate vote of Asiwaju Bola Tinubu during the party’s presidential primary elections due before the end of 2022.

It is believed that Tinubu has many supporters in the National Assembly with spread across the 6 geopolitical zones as well as former lawmakers.

It was said that some anti-Tinubu APC Governors raised the idea since none of them is sure of the extent of the APC Leader’s strength in swinging the APC presidential primary in his favour given Tinubu’s history of exercising heavy strategy and political strength in past elections, more importantly how Tinubu and others mobilized delegates in favour of President Buhari during the 2014 APC convention at Teslim Balogun Stadium, Lagos where Buhari came first, Kwankwaso second and Atiku came third despite all the financial resources Atiku and others deployed in the middle of voting during the 2014 Convention.

Many are waiting to see how the leadership of APC will resolve the tension created by the proposed amendments to the APc constitution. 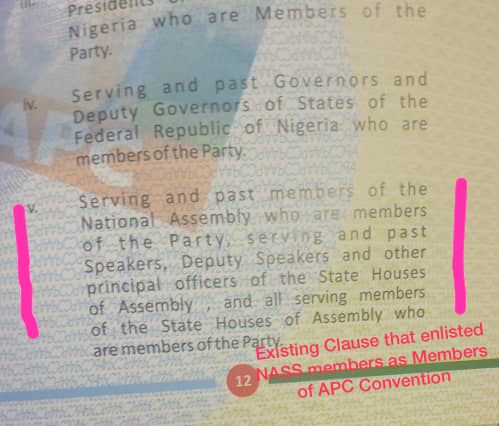 Previous Posts BETWEEN AREGBESOLA AND OYETOLA By Segun Ayobolu
Next Posts Tinubu: the merchant of fake news are at it again By Temitope Ajayi