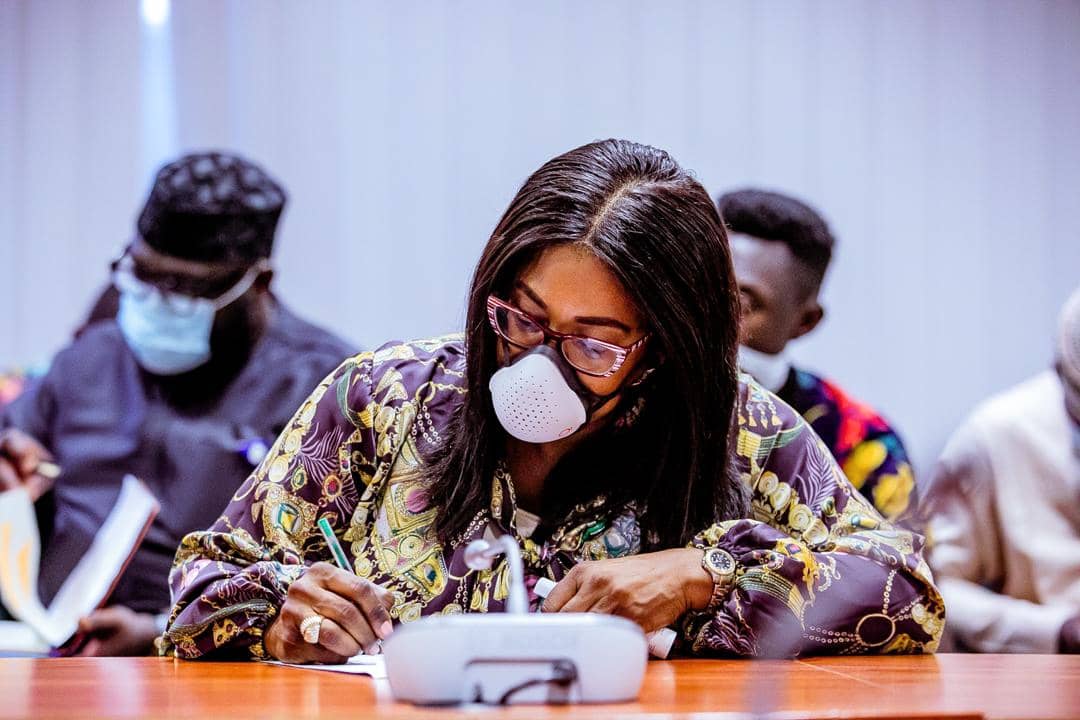 House of Representatives member, Tolulope Akande-Sadipe is seeking justice for a man seriously injured during a hit-and-run crash in May 2021, after she believes the suspect is getting off “too easy.”

Speaking on the need to investigate the activities of Sanyo Police Station, Ibadan on Thursday, Akande-Sadipe said the victim, Mr. Raji Idris was knocked unconscious by a drunk driver identified as Mr. Dele Ayanjompe.

The victim was taken to the Frontida Clinic where it was confirmed that he had suffered trauma to his brain and severe injuries.

She further stated that Idris underwent extensive surgery to increase his chances of survival after which he remained in a coma for weeks, lamenting that, “his recovery expected to take months, with his medical bill to date of over N4.5million”.

The Oluyole Federal Constituency representative berated the attitude of the Divisional Police Officer and Investigating Police Officer at Sanyo Police Station, who she alleged colluded with the driver.

She, therefore, urged the Inspector General of Police to investigate the activities of officers at Sanyo Police Station with a view to punishing officers involved in the subjugation of the law.

Akande-Sadipe further called on the House Committee on Police to ensure compliance by urgently investigating the matter such that the law is not subjugated to allow the suspect go unpunished for his recklessness, endangerment of Human Rights and contravention of the Law of the Federal Republic of Nigeria within 2 weeks.

“I am disturbed that while the victim battles for his life, the driver who hit him has been released by the Divisional Police Officer (DPO) at Sanyo Police Station without any charges as the Investigating Police Officer (IPO), Sergeant Muritala has allegedly colluded with the driver”

Noting that the provision of Section 18(1) of the Road Traffic Act states that it is an offense for a person to drive a motor vehicle on a highway recklessly or negligently or in a manner dangerous to the public.

She also pointed at Section 343(1) of the Criminal Code, which states that “any person who rides a vehicle so rash or negligent as to endanger human life or to be likely to cause harm to another person is guilty of a misdemeanor and is liable to imprisonment for at least one year”.

The perturbed House of Representatives member, who doubles as the Chairman, House Committee on Diaspora Affairs, wondered why the driver has not been charged to a court, for a magistrate to determine his innocence.

She said, “Considering the law states that suspects in such cases be charged to court for a magistrate to determine his innocence or guilt and the applicable punishment given, the Sanyo Police Station has violated the law and compromised the case by granting bail to the suspect without any charges under the premise that the victim’s father signed a bond not to press charges”

Previous Posts NANS SUSPENDS JUNE 12 PROTEST OVER CONCERNS ABOUT SAFETY OF PROTESTERS AND FEAR OF POSSIBLE HIJACK BY POLITICIANS – COMRADE SUNDAY ASEFON.
Next Posts JUNE 12: WE ARE NOT AWARE OF ANY PLANNED PROTEST IN LAGOS--POLICE