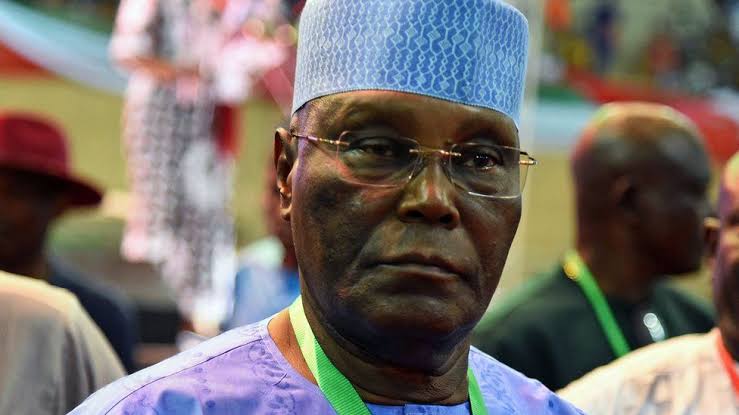 It was the link with Atiku that triggered suspicious activity alert through HBNLY’s transaction system.

Ahead of Nigeria’s general elections, perennial presidential hopeful, Atiku Abubakar, mounted an intense campaign to untangle his candidacy from a public perception that he is corrupt. This is what his opponents have always latched on to. But in 2019, he decided to confront the question of corruption head-on.

“I have always said that if they have any evidence of corruption against Atiku, please come forward,” Atiku told a packed audience in Ado Ekiti, southwestern Nigeria. “But nobody has been able to come forward.”

As Atiku made media and public appearances daring detractors to provide evidence against him, American authorities were also busy poring through records to determine if the former vice president had engaged in any recent financial transaction that could be considered questionable or suspicious.

As a Politically Exposed Person (PEP), the Financial Crimes Enforcement Network (FinCEN), an agency of the U.S. Department of Treasury, had placed Atiku and his family members under close watch.

New findings have now shown that FinCEN flagged some transactions linked to the senior politician as suspicious as it surveilled money movements within the international financial system.

These findings also offer fresh insight into how huge funds linked to Atiku may have been moved across international jurisdictions using shell companies.

FinCEN files, a new investigation by the International Consortium of Investigative Journalists, BuzzFeed and 108 media partners across the world, including PREMIUM TIMES, are a large volume of confidential financial reports relating to the transaction activities of world leaders, terrorists, drug dealers and money launderers.

The investigation involved 16-month collaborative work involving more than 400 journalists, including those from PREMIUM TIMES, in 88 countries.

The files included a large number of suspicious-activity reports, SARs, filed by banks and other financial institutions to the US Government as required by the Bank Secrecy Act., with the total amount in suspicious transactions reported being $2 trillion ($2,099584,477,415.49).

The SARS flagged subjects, including organisations and individuals, in more than 170 countries, and were obtained and shared by BuzzFeed.

It was the link with Atiku that triggered a suspicious activity alert through HBNLY’s transaction monitoring system.

With Mr Atiku as the beneficial owner, GTCN is a trust corporation incorporated in Nigeria in 2003, to hold his 16 per cent stake in Intels Nigeria Limited, Nigeria’s oil and gas logistics giant. This entity has been locked in a business battle with the Nigerian Ports Authority in the past years.

In 1999, Atiku became Nigeria’s Vice-president and, thus, created a blind trust to hold his asset in Intels. It was the blind trust created in 1999 that GTCN was incorporated to manage in 2003, with Gabrielle Volpi. Akintola Kekere-Ekun, a banker, and Uyiekpen Osagie, a lawyer, as its directors and trustees.

“An investigation (of the March 2012 wire transfer) identified GTCN as an alleged shell company that has been used to transfer over USD 10 million via wire transfers through U.S. banks on behalf of the former vice-president of Nigeria, Mr Atiku Abubakar,” HBLNY reported.

In 2010, the US Senate Permanent Subcommittee on Investigations indicted GTCN alongside other companies linked to Atiku and Mr Volpi. The committee had investigated how “foreign senior political figures, their relatives, and associates may be circumventing or undermining anti-money laundering (AML) and PEP controls to bring funds that may be the product of foreign corruption into the United States.”

Of the $40 million identified in the US Senate investigation regarding Atiku, $25 million was reportedly wire-transferred into more than 30 U.S. bank accounts opened by Jennifer Douglas, Atiku’s fourth wife.

The wire transfers were primarily by GTCN, LetsGo Ltd. Inc., and Sima Holding Ltd. Both LetsGo and Sima are offshore corporations registered in Panama and the British Virgin Islands, respectively, and controlled by Mr Volpi, according to a letter to the Senate committee by the businessman’s lawyer, Raymond Shepherd of the Washington-based Venable firm.

The transactions identified in the US Senate report were made while Atiku held office as Nigeria’s number two.

The March 5, 2012 suspicious transaction reported by HBNYL was for the purchase of a flat in the “World Trade Centre residences” in Dubai for Rukaiyatu Abubakar, a senior wife of Atiku, through Tanjay, the transaction beneficiary.

The following day, March 6, 2012, as the SAR shows, Deutsche Bank New York raised a compliance question in an information request to HBL Dubai regarding another wire transfer between GTCN and Tanjay in the sum of $200,000 dated January 25, 2012. This was also reported to be for a flat for Rukaiyatu Abubakar – and there was another CHF 741,000 transaction to which GTCN and Tanjay were also parties.

The flagged 2012 wire transfers to Dubai triggered a further investigation, which revealed that GTCN had channelled several other transactions since May 2005, while Atiku was still Nigeria’s vice-president, to an account the company held with Habib Allied International Bank London, (HAIB, London) from multiple accounts held in Switzerland.

“Based on the negative information associated with parties identified, HBLNY has added Atiku Abubakar (the former vice president of Nigeria), Rukaiyatu Atiku Abubakar, Amina Atiku Abubakar, Massimo Del Celo, Uyiekpen Gboyega Giwa-Osagie, Tanjay, and GTCN to its internal automated real-time suspicious transaction monitoring for further surveillance of potential suspicious activity and this SAR is being filed against all parties listed,” the SAR said.

Mr Osagie is facing trial in Nigeria for a certain $2 million, which the Economic and Financial Crimes Commission, reportedly suspects might have been budgeted for vote-buying during the 2019 election, which Atiku contested and lost.

Negative information was found regarding the partial owner and co-founder of Intels Nigeria Limited, Atiku Abubakar, having been the subject of investigations for allegations of fraud, corruption, and money laundering between 2000 and 2008,” DBTCA reported on the transactions originating from Intels. “This negative media was reported in prior SARs, and no new negative media was discovered.”

The generation of a SAR does not in itself constitute proof of any wrongdoing. However, the fact that SARs were generated in respect of transactions connected to Atiku is revealing. These transactions have given the public rare insight into how the former Vice-President’s financial affairs are conducted.

Paul Ibe, a spokesperson for Atiku, who was contacted by telephone and email by reporters from ICIJ and PREMIUM TIMES, declined to comment for this report.