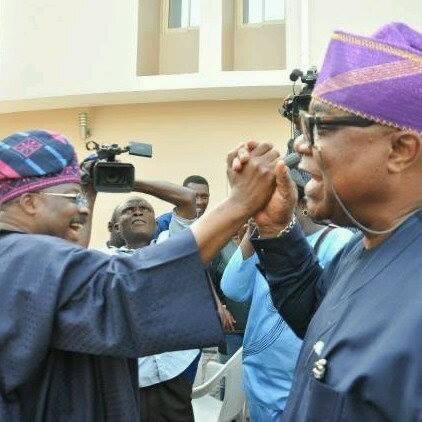 Shock and disbelief have continued to trail the news of the death of former Oyo State Governor, Otunba Adebayo-Alao– Akala. The former Governor died this morning in his home in Ogbomoso, Oyo State.

Dr (Mrs) Florence Ajimobi, Wife of late Senator Abiola Ajimobi, the former Governor of Oyo State expressed deep shock over the sudden death of the former governor adding that his death came at a time when his experience and advise would be needed.

“It’s with a great sense of loss and grief that I mourn the unexpected passage of His Excellency, Otunba Adebayo Alao-Akala. He was a patriotic, hardworking, leader in the All ProgressiveCongress (APC) fold in Oyo State and Nigeria. He was also a great and committed friend of my late husband.

According to Mrs Ajimobi, by Otunba Alao-Akala’sdeath, the APC, People of Ogbomoso, Oyo State and Nigeria have lost “an illustrious son, leader

and partner in the journey towards building Oyo State of our dream. His death is a great loss to Ogbomoso, Oyo State and our country at this time when his wise and sage counsel, calm disposition are critically needed”.

Also reacting to the news of the former governor’s death, Mr Kolapo Kola- Daisi, Oyo South Senatorial aspirant expressed deep shock over the passage of the former governor which he said came suddenly and unexpected considering that he never showed any sign of sickness. “I even gathered that he watched the football match between Nigeria and Egypt on Tuesday. This is a great lesson to us all. It has shown the greatness of the Almighty God in the affairs of men.

“I share in the grief of his family, his political associates, the people of Ogbomoso and Oyo State, who would continue to miss the void he left behind.  I know that no words can adequately capture the grief and the pains of the loss, I however pray that the Almighty God console them.

Meanwhile, Wedneday’s meeting of the Ajimobi Legacy Forum (ALF) was abruptly terminated with the announcement of the death of the former governor who was Oyo State Chairman of the APC Reconciliation Committee. The meeting which was being held in the Oluyole home of late Governor Ajimobi had to be brought to an abrupt end when news filtered to representatives from the seven zones at the meeting.

Chairman and Secretary of ALF, Chief KunleSanda and Hon Olugbenga Olayemi described the former governor’s death as a shock at a time that APC was going through a major crisis occasioned by the last dubious State Congress.

“This is a time when his experience would have greatly helped in resolving the crisis in the party. His wise counsel would be greatly missed.”

The ALF leaders described the former governor as someone that has shown his commitment to the ideals of progressive politics.  “He was one of our greatest pillars of support in the APC fold in Oyo State. His death has left a vacuum in the progressives fold while the people of Ogbomoso and Oyo State would also miss his sage advice and support in years to come”.