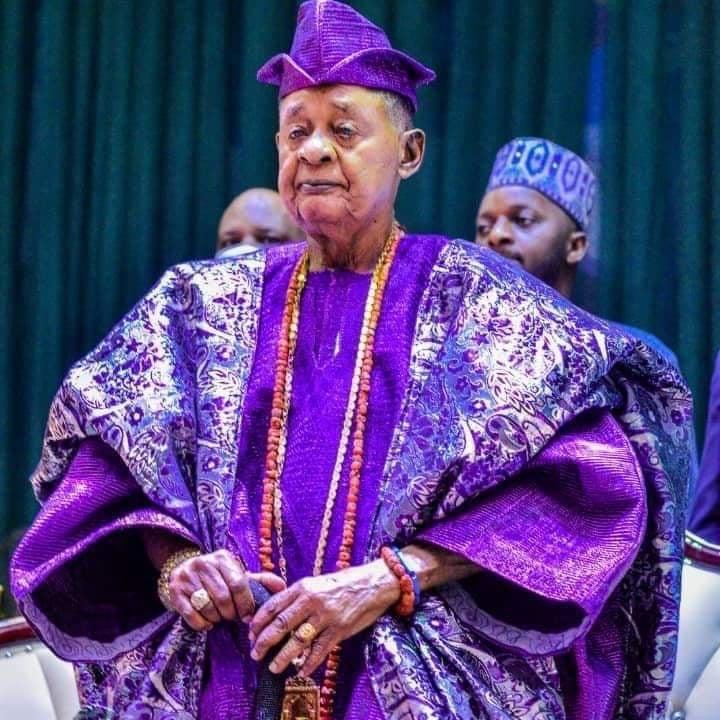 The life and times of the Alaafin of Oyo, Oba Lamidi Adeyemi III has been described as a glorious era in the history of the ancient town of Oyo, Oyo State and Nigeria.

This was the verdict of Dr (Mrs.) Florence Ajimobi on Saturday in a statement issued on her behalf by Bolaji Tunji, former Special Adviser, Communication and Strategy to Senator Abiola Ajimobi, while describing the life and times of the legendary monarch  who died at the weekend.

In a condolence message entitled Alaafin: Passage of a legendary, first class traditional ruler, Dr. Ajimobi said the passage of the monarch came as a shock considering its suddenness. The statement reads:

“It is with a deep sense of loss that I commiserate with the Oyomesi, the entire people of Oyo town, our State and the Country over  the exit of Baba, the Alaafin of Oyo, Oba Lamidi Adeyemi III, Iku Baba yeye. Though the Alaafin died at a ripe old age of 83 years, having spent 52 glorious years on the throne of his forefathers, his passage still came as a  shock due to its unexpectedness.

“I am especially pained by the Alaafin ‘ s sudden exit because I know he shared a special relationship with my late husband, Biola and contributed immensely to the success of his administration.

“Indeed, the passage of this legendary King marks the end of another glorious era in monarchical institution in Yorubaland, Nigeria, Africa, the Americas,  the Carribeans and other places where the Alaafin had taken the ‘gospel’ of the uniqueness of the Yoruba race.

“In his lifetime, the Alaafin was the repository of the Yoruba history, culture and tradition, promoting these in deeds, action and words. He was regal.  He was noble in the real meaning of that word.
His reign witnessed tremendous progress in the ancient town of Oyo leading to peaceful and harmonious  co-existence among the people.

“His death is a major loss to the people of the ancient town of Oyo, Oyo State and Nigeria. His sage and wise counsel would be missed by all and sundry. As we mourn the passage of this unparalleled bridge -builder, let us take consolation in the words of former American President, Abraham Lincoln, “In the end it is not the years in your life that count, it’s the life in your years”. Baba packed tremendous, impactful activities in his years and these have left indelible marks that will continue to live long after him.

I share in the grief of the entire Oyomesi,  people of Oyo town, Oyo State and Nigeria.   My heart-felt condolences also go to the children and other traditional rulers who would continue to miss the Alaafin .
Though no amount of words can sooth the pain of his passing, we pray that the Almighty God comfort all those left behind by his transition.”