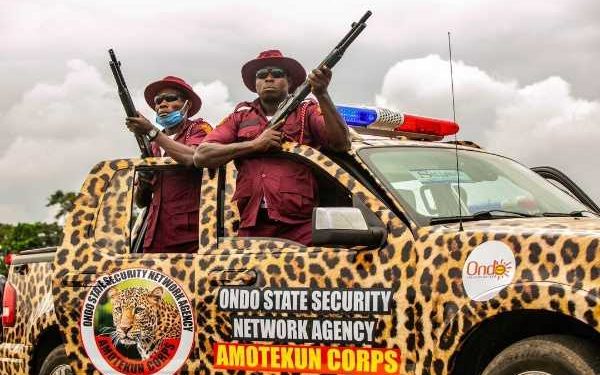 Urges residents of S’West to prepare for self-defence

Chairman of Amotekun Corps in Oyo State, Gen Ajibola Togun (retd), has raised the alarm that foreign Fulani have saturated the entire South West and they are ready to strike the geo-political zone very soon.

But he enjoined all residents of the South West to prepare for self-defence because the invaders have concluded all arrangements to strike on the claims that God has given the land of Nigeria, especially the South West to them as inheritance.

Togun, a former Director of Military Intelligence (DMI) and former Deputy Director-General of State Security Service (SSS), made the revelation in an interview with journalists after he delivered a lecture on the topic: Security Challenges: ‘The Significance of Regional Security Dimensions,’ organised by the Institute for Peace and Strategic Studies (IPSS) Students’ Association, University of Ibadan, on Wednesday.

The pioneer director of the institute and the current Dean, Faculty of Multidisciplinary Studies, UI, Prof Olawale Albert, also presented a keynote address on the occasion and he described security challenges rocking the nation as hydraheaded that require holistic approach. The current Director of IPSS, Prof Tajudeen Akanji, also appraised the insecurity in the country and suggested ways forward.

But Togun, in the lecture, noted: “The regional people should not look only to Amotekun. Every citizen of this region has a role to play in security, by giving information when they see strange faces around, reporting that somebody has just come into their communities. They should tell us the person is a visitor and this is the name and this is where he is located, this and that.

“These okada people, many of them have weapons under the seats of the motorcycles. The Amotekun is now monitoring because we have been doing checks as in stop-and-search, at night and during the day. Then, we take steps, trying to locate where these people are harboured, so that they can do instant search at night.

“We believe that these people meet at night to discuss on their motives. So, those are the areas that will be looked into. But the Amotekun is not a magician. We are not God. So, people should not expect that the moment we begin to work, within two months or certain period, all security problems of the region will disappear. It is not possible. It is little by little.

“It is only a foolish soldier that would say he wants to die for his country. His death cannot help his country. You are to stay alive to help your country. When as a soldier, you are sent to capture a particular place, they did not send you to go and die. If he gets there and scared them and the people run away, he has done what he supposed to do. But if he was shot at and he fired back, he did not shoot to kill anybody, but to defend himself and keep himself alive, so that he can help his country.

“All of us are looking at them. You cannot say Amotekun will do everything. Members of the public must help with credible information. My advice to the Federal Government is that they should support regional security outfits.”

Asked wether the security report has been made available to Governor Seyi Makinde, Togun responded: “He knows. On December 24, 2020, the governor of Oyo State came to Saki (Oke-Ogun area of the state), and said it openly that foreign bandits have penetrated the state through Saki. Also, he is being briefed daily.

“Before Amotekun took off, this problem has been there. They have invaded all Yorubaland. These people are just starting the plans they already had on ground, not that they are just coming in. And these foreign Fulani are still coming in. They have saturated already Yorubaland before Amotekun was established.”