Forget the semantics. Oyo State is Borrowing #100b Again!!! 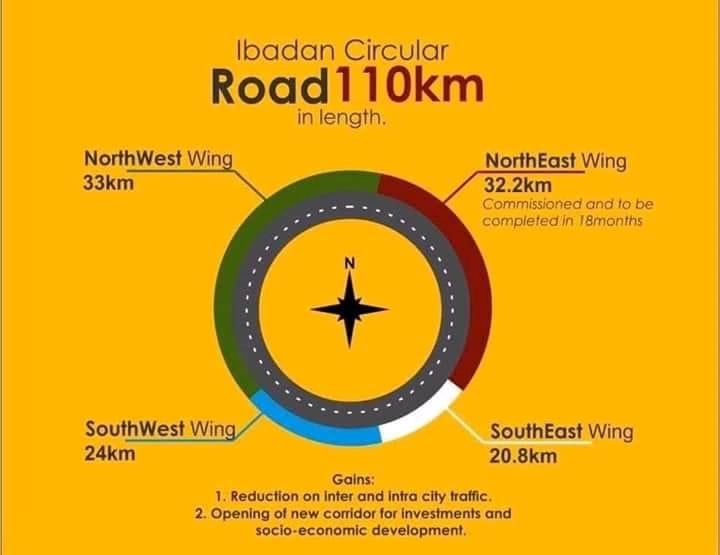 Honestly, in the business of governance, there’s nothing bad in borrowing or rising debt profile, in as much there are commensurate projects that will fund the the debts. Sadly, Oyo State Government as led by Engineer Seyi Makinde is attempting to plunge the State into the labyrinth of debts again. How do we explain seeking #100b bond when we are yet to see anything tangible to point to for the already accrued #49b debts.

You may ask what is a Bond?

A bond is a fixed income instrument that represents a loan made by an investor to a borrower (typically corporate or governmental).

Oyo State Government’s decision seeking to finance projects in the magnitude of the Ibadan Circular Road by directly seeking for loan is laughable, misleading and undoubtedly shows signs of no foresight.

Interestingly, there was a contractor in place as at 29th of May 2019,when Governor Makinde took over. The Company, ENL Consortium has committed about #7b to the Ibadan Circular Road Project. Why revoking the contract which is based on Public Private Model, and the Government attempting to seek for loans to finance the same project?

Retrospectively, the Governor who demonstrated lack of knowledge in business of government on an occasion of one of his visitations to the sites last year, ordered the contractor, ENL Consortium to “stop work”. It was when he was schooled that a “Government does not have power to stop work on a project it’s not financing, that the he had a rethink”.

World over, Public Private Partnerships is the order of the day, especially for projects which can’t be funded by Government 100%. It was in that wisdom,that the Abiola Ajimobi’s Government adopted the model of Public Private Partnerships in ensuring that the Ibadan Circular Road Project got commitment in funding as deserves. The project is to be operated on “Build-Operate-Transfer”Model where ENL Consortium will source for the funds, toll it upon completion and transfer it to the Government having realised their monies without interference. It’s this same model that was used for the Lekki-Epe Road and other projects of such magnitudes in Lagos State. We must be truthful to ourselves, Oyo State Government is not financially buoyant to commit #70b to a project at a go. Not at this time of dwindling revenue, and at the same time, sourcing for loans directly is an insensitive move.

Previous Posts THE FAINTING PROFESSOR, TABLE SHAKING MINISTER AND OTHER FEATURES OF THE NIGERIAN DRAMA* | as observed by Ogbeni Labzy
Next Posts N100billion Bond: Politics aside, Oyo is set for eternal financial bankruptcy and economic bondage.| Adebayo Adelabu