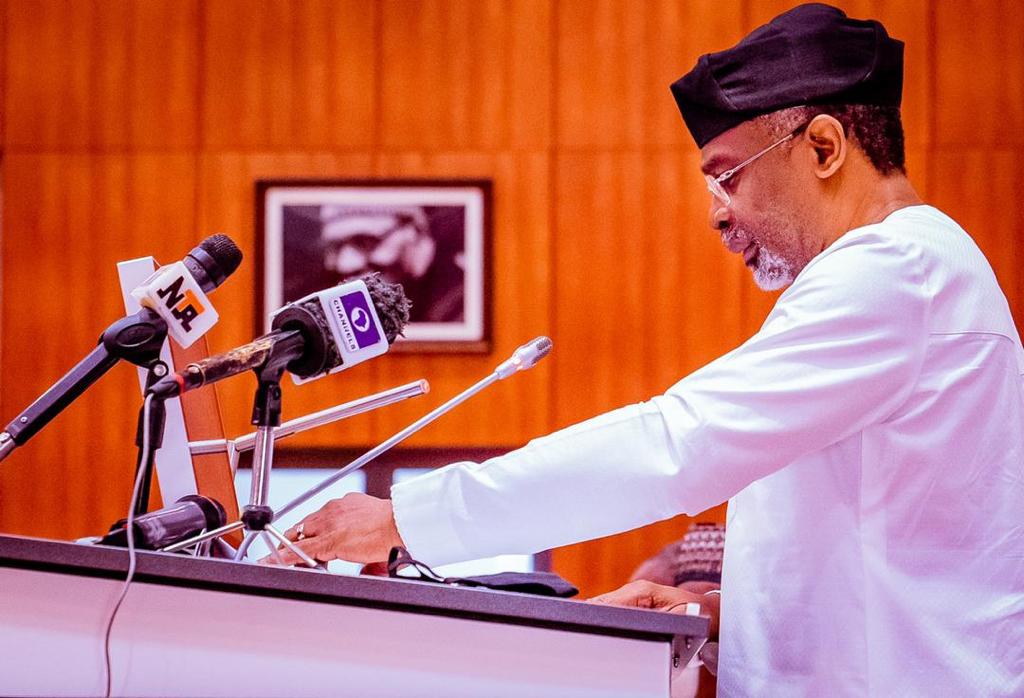 The Speaker of the House of Representatives, Femi Gbajabiamila, has called on Nigerians to eschew bitterness and live in peace with one another.

Gbajabiamila stated this at Abiriba, Ohafia, in Abia State during the burial of a former colleague and member that represented Aba North and South Federal Constituency, Hon Ossy Prestige.

The Speaker was represented at the event by the Minority Leader of the House, Hon Ndudi Elumelu.

He charged those occupying elective and political offices to help those in need, saying it is what they give to the people that they’d be remembered for when they die.

Gbajabiamila said the deceased lawmaker and entrepreneur used legislative tools to pursue the cause of his constituents and fought for the peace of the country.

Governor Okezie Ikpeazu, represented by his deputy, Ude Oko Chukwu, described the death of Late Hon Prestige as a personal loss to him, saying he was a great friend and an asset to the state.

The governor disclosed that Abia State benefited immensely from various interventions of Late Hon Prestige as a member of the House of Representatives and regretted that it would be difficult to find a replacement for him.

Governor Ikpeazu, who condoled with the immediate family and relatives of the deceased, urged them to ensure the demise of late Hon Ossy Prestige brings peace and unity to the family.

In his homily, the Prelate of Presbyterian Church of Nigeria, Nzie Nsi Eke, who was represented by the Principal Clerk of the General Assembly of the Presbyterian Church, Most Rev Dr Miracle Ajah, said the late lawmaker was resourceful and community oriented and said his constituents benefitted from his quality representation.