House Committee on Diaspora, others secure release of Temitope Ariwolo in Lebanon

House Committee on Diaspora, others secure release of Temitope Ariwolo in Lebanon 🇱🇧 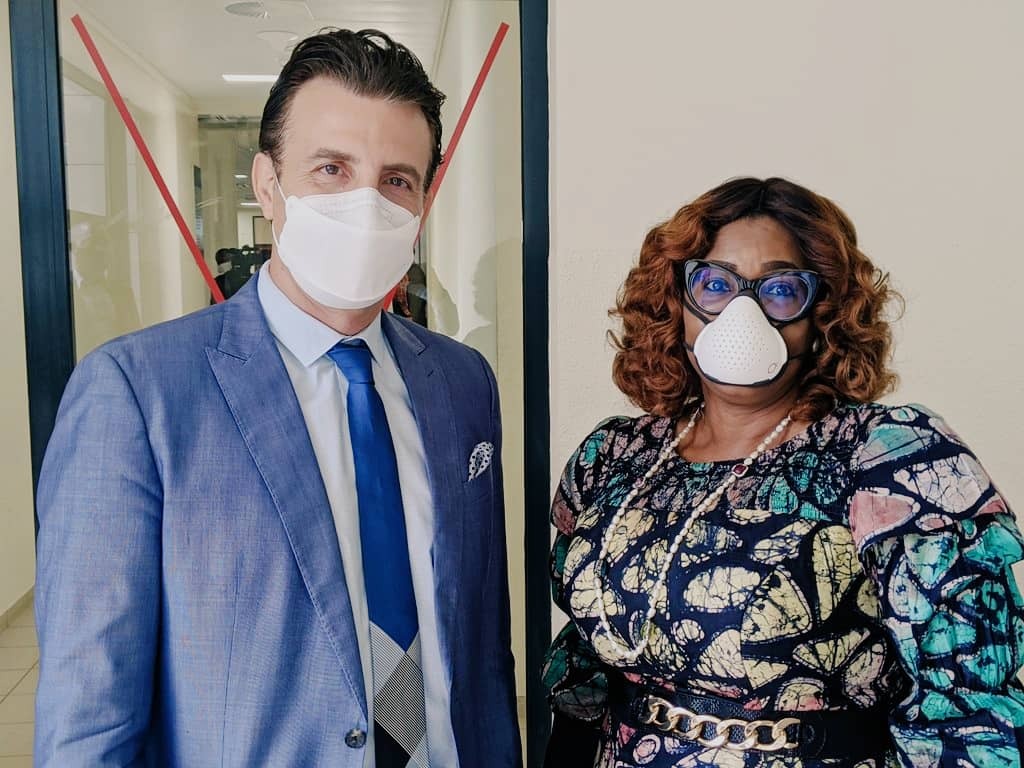 The Chairman, House of Representative Committee on Diaspora, Hon. Tolulope Akande Sadipe K has revealed that after the Committee’s collaborative efforts with other relevant agencies, the unconditional release of Temitope Ariwolo has been achieved. Temitope and other Nigerians stranded in Lebanon will be returning home within the week. Special appreciation to the Lebanese Ambassador Diab Houssam and the Lebanese community in Nigeria.

She said this during the 3rd interagencies synergy meeting on the rising Human Traficking and dehumanization of Nigerians in the diaspora, held at the House Of Representative Abuja on the 9th of July 2020.
“I am happy to inform Nigerians that Temitope will be home before the end of the week, and so many other Nigerians who want to return home from Lebanon ,” Akande-Sadipe said. This evacuation has been made possible through the Lebanese collaboration. and continuous efforts by the House of Representatives Diaspora Committee, IOM, NAPTIP, NIDCOM, Min of Foreign Affairs and the Nigerian Ambassador in Lebanon, Amb. Goni Modu, Temitope Ariwolo was released.
“The Lebanese Ambassador Diab Houssam has assured us of her safe return along with other Nigerian girls willing to come home from Lebanon”.

While addressing the gathering, Hon. Akande-Sadipe noted that the joint Committees on Diaspora NIDCOM and Foreign affairs continued to work together to achieve relief for Nigerian citizens who are groaning under severe injustice across the globe.

“It is important to inform this gathering that about thirty-five (35) Nigerians have been held illegally in detention for more than forty-five days in Ghana border town of Aflao,have also been released, whilst the Embassy is working on the eighteen (18) others held in Abidjan for over two years, and the matter of Sulaimon Olufemi on Death Row in Saudi Arabia. The unconfirmed story of our girls currently held hostage by an agent in Lebanon and that of a man being brutally assaulted to mention a few are under urgent investigation”.

She further noted that the House of Representatives has taken up the challenge to holistically review the nation’s foreign policy to reflect modern realities .

She called for collaborative efforts of Nigerians in order to reduce the menace of human trafficking.
She said “it is pertinent, therefore, to urge every stakeholder to volunteer information and commit to this partnership in the interest of all citizens because we all are at risk sooner or later, directly or indirectly. These affected persons are someone family, someone daughter son or parent”. There are some in our midst, Nigerians not foreigners who call themselves international recruitment agents but instead they are versed in the exploitation of their fellow Nigerian in the form of modern day slavery.