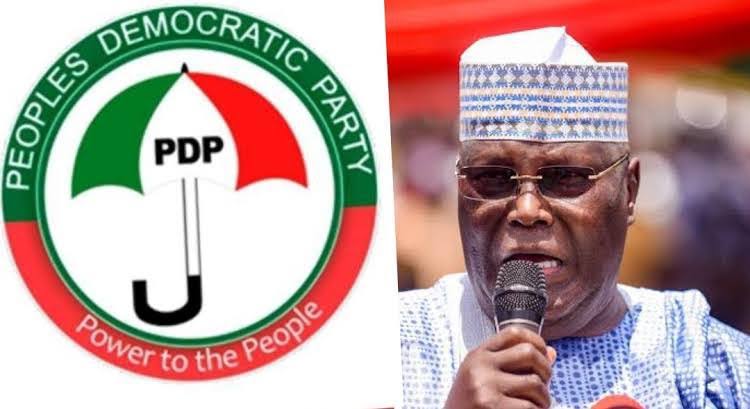 Presidential candidate of the Peoples Democratic Party (PDP) Atiku Abubakar played a major role in pushing millions of Nigerians into the unemployment market and into poverty as Vice President between 1999 and 2007.

This, according to the Buhari Media Organisation (BMO), is contrary to the impression Atiku sold in his presentation at the recent Lagos Chamber of Commerce and Industry (LCCI) Presidential Economic Agenda Forum.

BMO said in a statement signed by its Chairman Niyi Akinsiju and Secretary Cassidy Madueke, that the former Vice President and his party were largely responsible for the mess the All Progressives Congress APC-led administration had been cleaning in the last seven years.

“It was meant to be an economic forum for the Peoples Democratic Party’s flag bearer to give the Organized Private Sector (OPS) an insight into what he has to offer, but he preferred to use it as an opportunity to again demonize President Buhari and his administration.

“So, not surprising, Atiku went ahead to limit all the problems in the country to the tenure of the incumbent government which he claimed was responsible for massive and regrettable level of unemployment.

“But what he deliberately left out is the fact that Nigeria’s unemployment figure in the PDP era was 112m out of a population of 160m, inspite of a higher oil revenue for a sustainable period with no global pandemic or a war with grave worldwide economic implication.

“It is public knowledge the former Vice President laid the groundwork for that high number of unemployed people as the man who presided over the much abused privatisation programme that led to massive job cuts with no fall back plans for those pushed into the labour market.

“We find it funny that same man is pledging funding for small businesses when the administration he served and the party were more interested in protecting the interest of the political elite for 16 years rather than providing a social safety net for the poor and vulnerable.

“The PDP candidate also made it look like Nigeria began running a budget deficit under Buhari, when publicly available information showed that it started in 2011 when the country actually had an oil boom but with little effort at economic diversification.

“It was also a period that the country’s infrastructure deficit began to rise menacingly with successive PDP administrations doing little or nothing to bridge the gap that Atiku is now pledging to commit $20bn to, with private sector support”, the statement said.

BMO added that it was interesting to see the former Vice President promising things that the Buhari administration has already put in place in a different way.

“The APC-led Buhari administration has already put in place several Public Private Partnership (PPP) initiatives in infrastructure on the back of Executive Order 7 which a number of key private sector players have already embraced to reconstruct some roads in exchange for tax credit across the six geo-political zones.

“So what the perennial presidential candidate is doing amounts to seeking to ‘giraffing’ or spying; nothing more, in proposing OPS involvement in infrastructure development.

“But what we, like many Nigerians, find laughable is Atiku’s plan to propose a legislation to remove electricity from the exclusive list even when it has been in the news for at least three months, that President Buhari and the National Assembly have began a process of decentralizing the power sector.

“So we agree with those who say that the former Vice President had stayed too long in Dubai that he has lost track of what is happening in the country.”

The group noted that the former Vice President simply showed in his LCCI presentation that he has nothing to offer Nigeria and Nigerians.