I will work with Gbajabiamila to implement legislative agenda — Akubueze

I will work with Gbajabiamila to implement legislative agenda — Akubueze 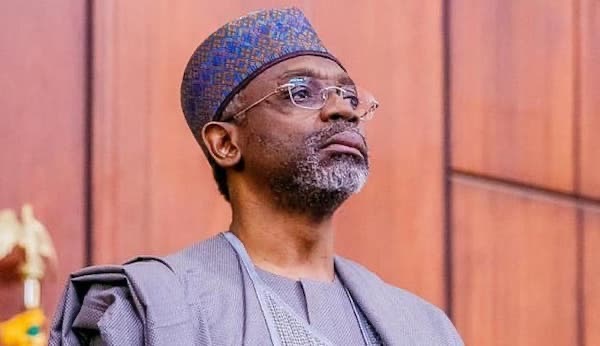 Akubueze who assumed office recently, as Clerk of the House on Wednesday, following the retirement of his predecessor, Mr. Patrick Giwa, stated this while addressing journalists at a dinner organised in his honour by the Noble Peace Club in Abuja.

Asked if there are new things he may want to bring on board with his wealth of experience, he said “that would be essentially to improve the bureaucratic structure of the House with a view to doing everything possible to actualize the legislative agenda of the 9th Assembly.

“My job essentially is to assist the Rt. Honourable Speaker and his colleagues to ensure that the House grows from strength to strength. So for the sake of emphasis, assisting the Speaker to actualize the legislative agenda is my focus. Once we are able to achieve that, I will be fully fulfilled as Clerk.”

On the expectations of his subordinates in the Legal/Admin sections of the House which deals with preparing clean copies of Bills before they are transmitted to the executive, the new Clerk said he’s very much confident that his subordinates are equal to the task ahead of them.

He said: “If you are holding a position and you’re the only one who knows the job of that office, then you have not succeeded, I mean, you should be able to train those under you to do the job even better than yourself. So I am very confident that those coming to occupy the position I’m leaving behind will do the job effectively. So those offices are in capable hands. They have gone through the mills with me.

“When I occupy a position, I carry out my activities in a collegiate form. So my subordinates understand why a particular course of proceeding is that way. By mere looking at a draft in a particular form, they know and understand whether I’m expressing displeasure or approval. I’m sure I have capable hands who will take the job beyond where I left it9” the Clerk added.

Also speaking to journalists on his expectations of the new Clerk, Hon. Obinna Chidoka who’s from the same constituency with the Clerk said he looks forward to seeing new ways of doing things among the support staff.

“First and foremost as you may well be aware, the new Clerk having been in the National Assembly performing the job of support staff since the year 2000 and rising through the ranks to this level, and from 2000 till now is almost 20 years. So coming to head the bureaucracy himself is a well-deserved thing. I have seen countless or numerous Clerks from — the Clerk to the National Assembly, to the Clerk of the Senate, as well as Clerk of the House, I must say that I’ve seen a lot of Clerks who had held the office in high esteem, and have done quite well.

And what I expect today is to see Mr Chinedu who is assuming office today to surpass the achievements of previous Clerks, who had as I said held the office in high esteem and continue from that track and surpass them in all areas of achievements.

“The National Assembly is an organ of government that’s enshrined in the constitution, and from section 4(1)(2)and (3) tells you part of the work of the National Assembly is lawmaking. And we want a situation where we have somebody who’s not only loyal but very capable, who understands the rudiments of the work, and who will, of course, guide the House because now he is like a compass to guide the House so that the 9th National Assembly who has a legislative agenda can achieve all that we set out to do under the stewardship of my own brother who’s my constituent from Alor, Barrister Chinedu Akubueze”, Chidoka said.

Asked if there are existing ills he thinks the new Clerk should correct upon assuming office, he said “I wouldn’t say ills for that matter. However laws and institutions evolve over time, and if you think there are things that we used to do in a certain way, maybe now we need to do them differently.

“About 25 years ago this phone that I’m using wasn’t in existence, you didn’t have an iPhone or iPad. But things have evolved and that’s why I want him to look at the laws of today including the ones we are amending and advise. The laws of yesterday that are no longer applicable today, and also within the institution of the National Assembly. So I want him to use the resources and staff available to him judiciously and be a team player and work with the other support staff to ensure that both the legislators, staff and the entire country benefit from his activities as the Clerk of the House of Representatives”, Chidoka added.