Effective collaboration between the Federal Government through its agencies and State Governments will bring about more dividends and improved service delivery to Nigerians, according to Vice President Yemi Osinbajo, SAN.

Prof. Osinbajo stated this Thursday at the inauguration of the Federal Road Safety Corps Marshal Inspector Training School in Owa-Alero, Delta State. The Governor Ifeanyi Okowa-led administration in the State built and furnished the school and donated it to the Federal Government.

According to the Vice President, “it is an excellent exemplar of the benefits of collaboration between State Governments and Federal Government agencies. And as it should be, the ultimate beneficiaries are the good people of Delta State and the Country at large.” 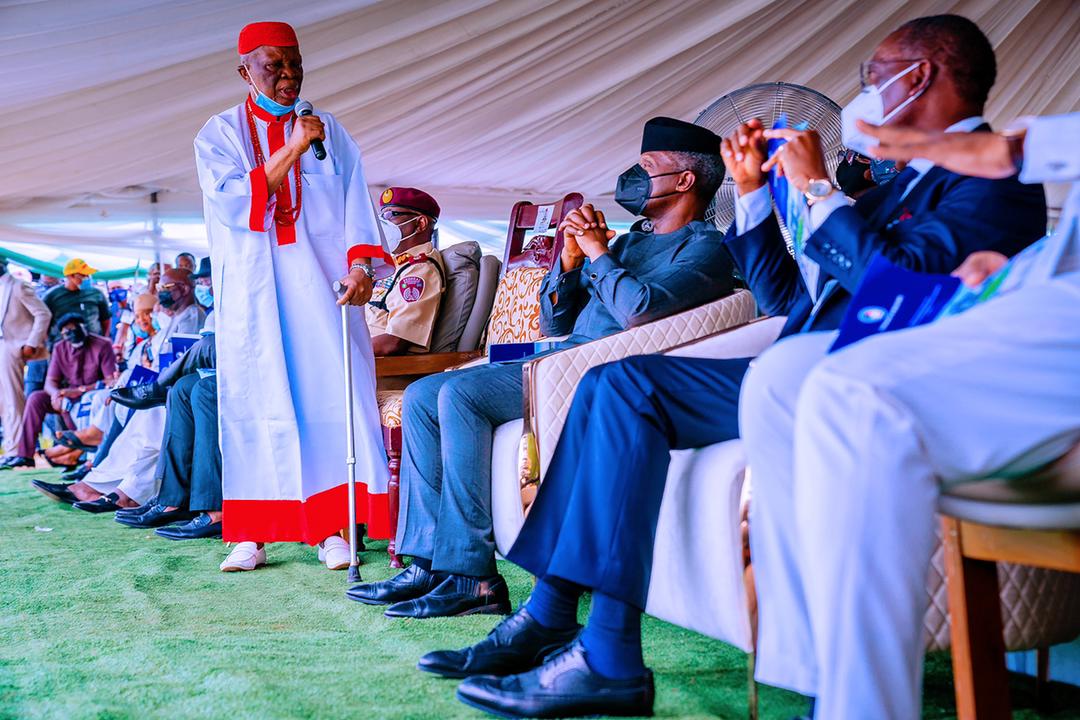 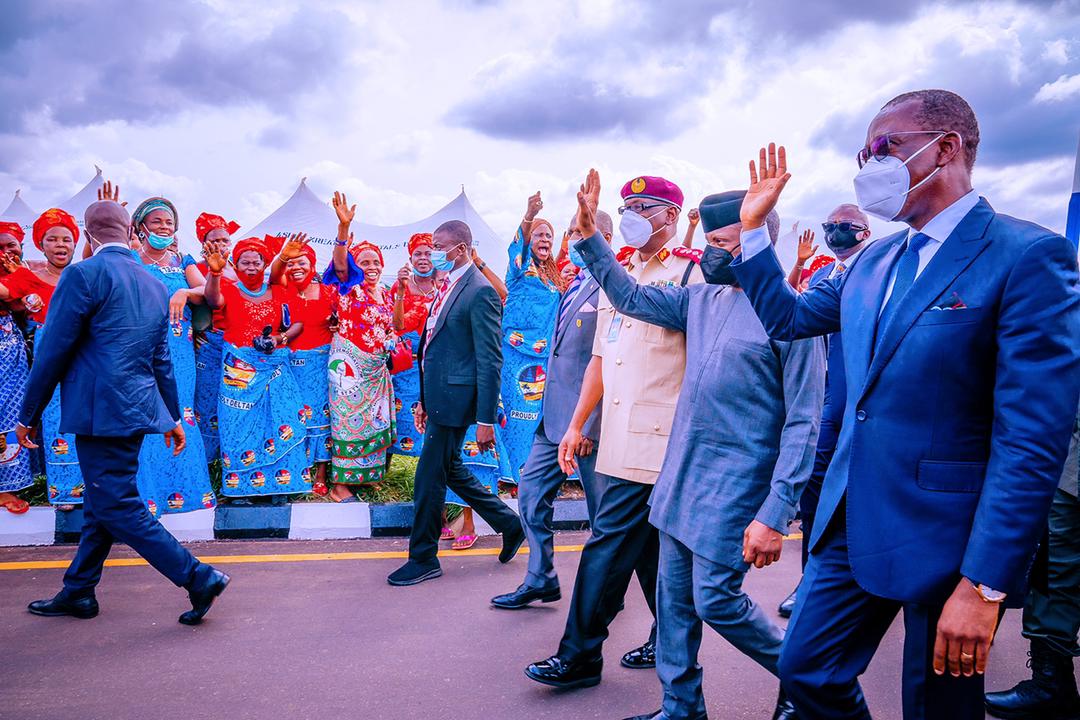 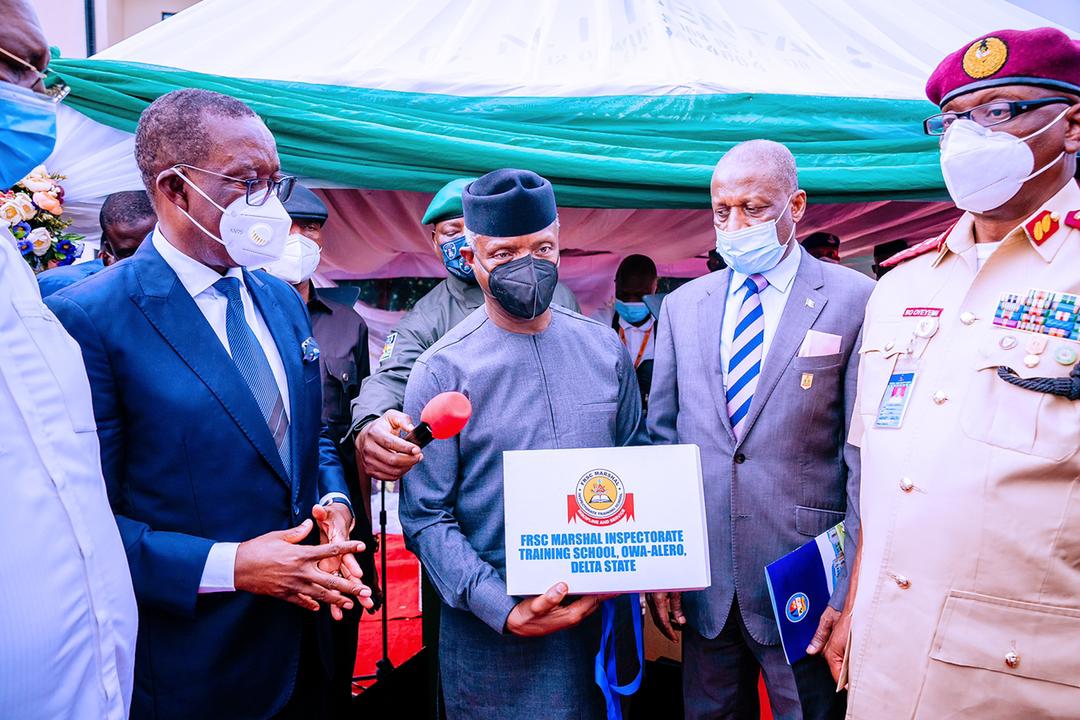 Continuing, the VP who praised Governor Ifeanyi Okowa for the construction of the modern, fully furnished buildings noted that this “far-sighted and thoughtful contribution of the State Government is worthy of commendation.

“I am persuaded to encourage all levels of government to emulate Delta, Enugu, Plateau, and Oyo States which have exemplified this spirit of cooperation for development by their tremendous support for the Road Safety institutions within their jurisdictions.”

The Vice President also commended the cordial relationship between the Federal Civil Service Commission (FCSC) and the FRSC which according to him “has led to the establishment of two additional training institutions in the last one year.”

Lauding the efforts of the FRSC management over the years, Prof. Osinbajo said “indeed the choice of Nigeria as one of the Centers of Excellence for road safety in Africa by the Africa Development Bank is a clear acknowledgment of the considerable contributions of the FRSC to the development of road safety in the region.”

“The Corps has continued to show appreciable determination to build staff capacity as a major requirement for the understanding of road traffic matters as well as tackling the associated challenges.

“These laudable efforts of the Corps are in alignment with the Policy thrust of the Present Administration in its Economic Recovery and Growth Plan (ERGP). Part of the critical focus of the ERGP is capacity building and skill acquisition interventions,” Prof. Osinbajo explained.

Prof. Osinbajo noted that “the Federal Government will continue to support organizations that demonstrate commitment to their statutory duties”, and appreciated the government and people of Delta State for the huge financial resources dedicated to the project.

“It is certainly an investment with long-term returns to the immediate community, the State, and the country in general. I wish to charge personnel of the Federal Road Safety Corps to put this institution to the best of use”.

Besides Governor Ifeanyi and the FRSC Corps Marshal, Mr Boboye Oyeyemi, other dignitaries at the event included Minister of State for Labour and Employment Mr. Festus Keyamo, SAN who accompanied the Vice President, the Obi of Owa-Alero, His Royal Majesty Dr. Emmanuel Efeizomor II, who is also the Chairman of the Delta State Traditional Rulers Council, among other top federal and state government officials.

Before commissioning the school, the VP paid a courtesy call on the Obi of Owa-Alero, where the traditional ruler commended the Vice President for his progressive politics that he observed transcends partisanship. He added that the people of Delta State “will work for the unity of this country.”