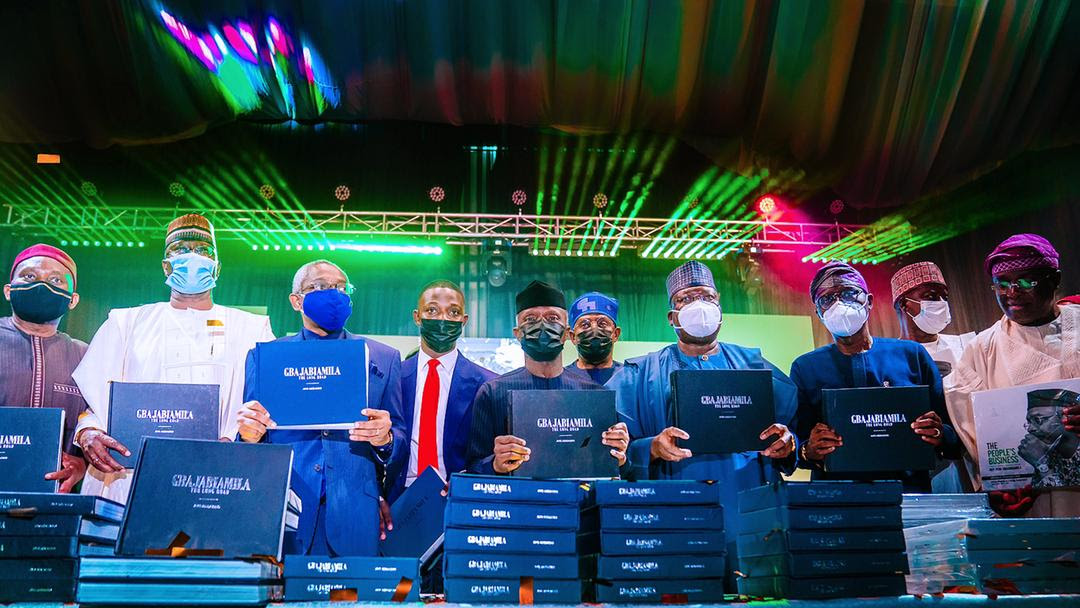 Drilling into the creative, Vice President Yemi Osinbajo, SAN, last night highlighted the power and efficacy of photography in telling human stories including those of political actors in the country, and disclosed a personal past time of his as “a collector of rare and interesting photographs.”

Prof. Osinbajo spoke at the public presentation of a photo book entitled “Gbajabiamila: The Long Road, which is about the Speaker of the House of Representatives, Mr.Femi Gbajabiamila by his Personal Photographer, Mr. Ayo Adeagbo. 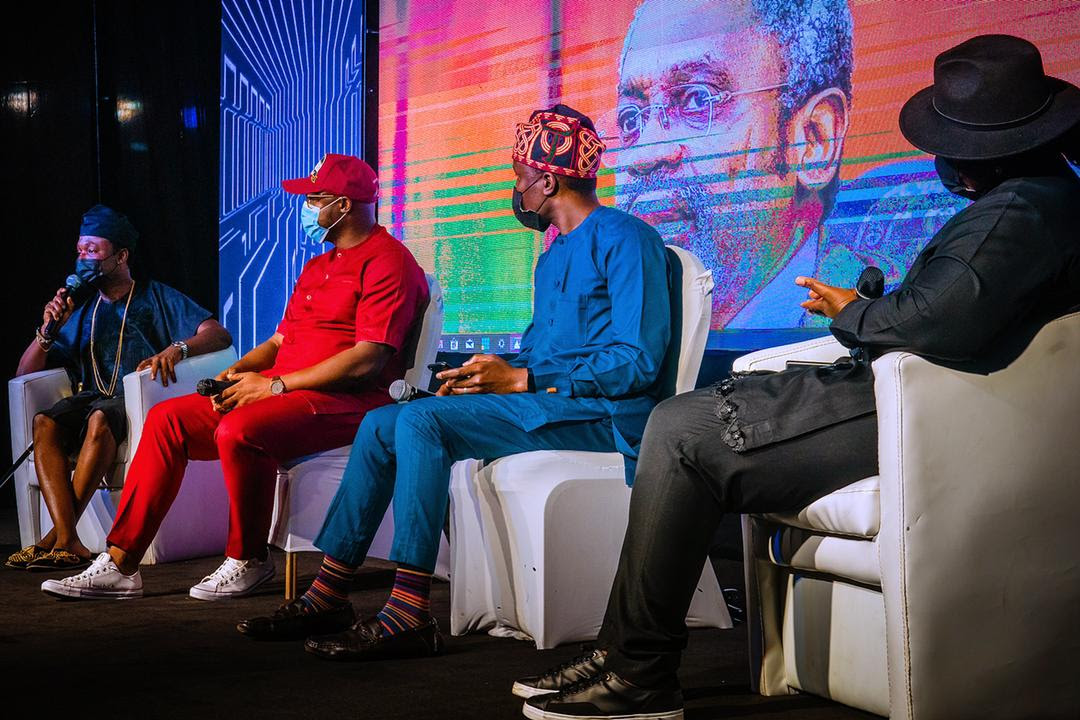 The Vice President spoke at an event that witnessed a panel discussion on the place of official photographers to top public servants, speeches by the President of the Senate; Ahmad Lawan, the Lagos State Governor; Babajide Sanwo-Olu, the Speaker himself, the Minority Leader of the House of Representatives; Ndidi Elumelu, and a review by Dr. Sam Omatseye, the Chairman of The Nation’s Editorial Board.

According to the VP, as a subject of photography, the Speaker “is one of the most resilient, most resourceful and most successful Nigerian politicians, having won elections five times in the past 18 years.”

He said Gbajabiamila is “an effective bridge-builder across tribes, political parties, religions, and even generations and he has proven to be an innovative mediator and an honest broker in several local and national disputes and conflicts.”

While commending the photographer, Prof Osinbajo noted that “Ayo has proved to be a creative and faithful documentalist of the political journey of the charismatic and photogenic speaker.”

Below are the full remarks:

REMARKS BY HIS EXCELLENCY, PROF. YEMI OSINBAJO, SAN, GCON, VICE PRESIDENT OF THE FEDERAL REPUBLIC OF NIGERIA AT THE UNVEILING OF THE PHOTOBOOK “GBAJABIAMILA: THE LONG ROAD” BY AYO ADEAGBO, PERSONAL PHOTOGRAPHER TO THE SPEAKER OF THE HOUSE OF REPRESENTATIVES, HON. FEMI GBAJABIAMILA ON THE 11TH OF JUNE, 2021

First let me congratulate Ayo Adeagbo, the personal photographer to the Right Honorable Speaker, Femi Gbajabiamila, for this seminal photographic biography of his boss. Ayo has proved to be a creative and faithful documentalist of the political journey of the charismatic and photogenic speaker.

Photography is storytelling and as they say, a photograph is better than a thousand words. But the storyteller must not only be skillful, but he must also be trustworthy enough to be allowed access to take the most intimate shots, and as photographers would say, to make or create the best shots.

I had the privilege of a sneak preview of the publication that we are about to present and without divulging any secrets, I really think that Ayo has done a great job. Thumbs up, Ayo!

But his job was made easier by the fact that his subject is one of the most resilient, most resourceful, and most successful Nigerian politicians, having won elections five times in the past 18 years.

He is an effective bridge-builder across tribes, political parties, religions, and even generations and he has proven to be an innovative mediator and an honest broker in several local and national disputes and conflicts.

Your Excellencies, today is a day for photographs and some may know that I am also a collector of rare and interesting photographs, especially photographs that will not be found anywhere else – many hitherto unseen shots of my friends and colleagues in politics.

FROM HERE THE VP IS PROJECTING DIFFERENT PHOTOGRAPHS AND RUNNING COMMENTARY ON THEM AS IS BELOW NUMBERED:

1.So let us begin with my dear brother, the Governor of Lagos State – here he is saying to some doctors “take my jacket but if anything happens to me, you are dead.”

2.And here he is feeling the pain of the injection even before the needle comes anywhere near him! These photographs I’m sure you know, were taken by Ademola, his great personal photographer.

3.The next is the Governor of my State, Prince Dapo Abiodun, he is always in a hurry, trying to catch up with Lagos. He is seen here saying, “oya enyin boys, Sanwo lo’n lo yen!” (You guys, Sanwo is going, let’s go after him). If you notice he didn’t get the memo on the “door opening challenge.” He is opening the door himself.

4. You may think His Excellency, Atiku Bagudu of Kebbi is praying here, but if you look closely, he is actually blowing rice. Rice is serious business!

5.The chair of the Governors’ Forum, Dr. Kayode Fayemi of Ekiti State is reminding the Speaker after his inauguration “my brother if you chop alone you die alone.”

6.Of course, the Senate President, Ahmed Lawan, announcing that “all the money is finished o!”

7.And see the President’s reaction when I reported to him what the distinguished Senate President and Speaker had been doing behind his back.

8.The right Hon Speaker is a great guy, but he doesn’t suffer fools gladly. Here he is wondering “what the hell is going on in this country?”

9. After many years in politics and politicking and many betrayals, he has learnt to carry his own bags!

10. And you know as they say in Lagos “ona kan o woja” (there are many entrances to the market), so if this politics thing doesn’t work, you can’t be jobless with this type of footballing talent.

11. And anyone who thinks that becoming a Speaker is an easy thing must also learn to scale the fence of the National Assembly! You don’t mess with a Lagos boy.

Your Excellencies, I present to you a man for all seasons, the Right Hon. Speaker of the House of Representatives, Olufemi Hakeem Gbajabiamila.

It is now my special privilege and pleasure to unveil this excellent photo book titled “Gbajabiamila: The Long Road.”

Released by:
Laolu Akande
Senior Special Assistant to the President on Media & Publicity
Office of the Vice President
12th June 2021