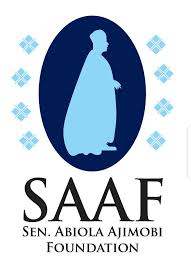 As the world Mark’s the international day of peace today, the Senator Abiola Ajimobi Foundation (SAAF) has called for peaceful coexistence among countries of the world.

A statement signed by President of SAAF, Dr (Mrs) Florence Ajimobi equally enjoined Nigerians to continue to live in harmony as this is the only way peace could be established in the country.

Mrs Ajimobi especially expressed concern about the prolonged conflict between Russia and Ukraine, pleading with world leaders to act in order to stem the human and material carnage due to the prolongation of the conflict. “As at last month, the war in Ukraine has witnessed over six thousand civilian deaths while the number of refugees has risen to over 6.6 million.”

She also noted the economic implication of the war with the destruction costing Ukraine as much as $113.5billion while about $200 billion would be needed to rebuild, money that could have been used for other developmental purposes.

“Back home in Nigeria, the Boko Haram crisis, banditry and kidnapping have continued, leading to avoidable losses with the attendant implications for the economy of the country. Due to banditry, the economic livelihood of the rural populace have been affected since the rural populace depend largely on farming. Most people have left the farmlands and have taken refuge in neighbouring areas believed to be safer.”

The SAAF president noted further that kidnapping had led to financial losses through payment of ransom , indebtedness of families through unplanned expenses and in most cases, forceful closure of businesses and relocation. “The book haram insurgency has equally led to the disruption of lives with many people taking refuge in IDP camps.”

“ As the world mark’s the International Day of Peace, I pray that we all embrace peace in order to make our society a better place. It is only in an atmosphere of peace that development and humans can thrive. Let us embrace peaceful co existence”, she said.