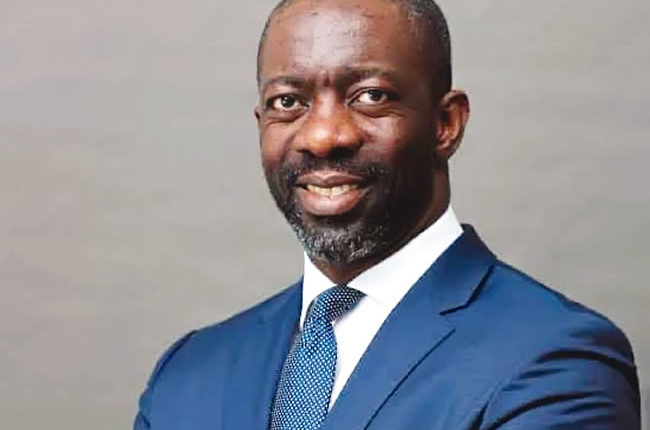 Amidst security and financial challenges being faced by Nigeria, a chieftain of the All Progressives’ Congress (APC), former deputy Chief of Staff and Commissioner for Finance and Budget in Oyo State, Abimbola Adekanmbi, in this interview by FEMI OGUNTAYO, breaks down the subject and proposes a way out. Excerpts:

In the midst of all its challenges, do you still have hope in Nigeria?

I have a lot of hope in Nigeria. What is happening in Nigeria is a systemic thing, it affects the whole system from the foundation to the apex and if it’s going to be repaired, it would be a systemic repair. It has happened in some other countries, so we have examples. We have places like Singapore; we have Dubai, even closer to us here, Ghana, where there was a nationalistic fervour and the people believed their country could be saved and everyone just took it upon himself. Personally, I believed our wealth killed the country.

When people started seeing government or politics as their Messiah, people started having this sense of entitlement, so, entrepreneurship died. If the nationalistic fervour can happen from the common man on the street to the highest person, where people look away from government and people start to think that why can’t I do stuff in my own way to contribute to the growth of this country, then the country would move forward. It was not until I came back to Nigeria that I knew people got benefits from government apart from getting their basic salaries. I didn’t know some people could just wake up, without any job and say they are waiting for one contract or the other. So, I have hope in Nigeria, I believe things can be better but it will take a mindset thing, not just one person.

What do you think are the mileages that set your party, the APC, apart from its predecessor at the national level?

On this mindset thing I mentioned in my last answer, APC is trying more than PDP in that aspect. If you could recollect the PDP years, everybody hammered more on acquiring wealth, buying jets and all that when in power. But in the APC, people see a little bit of prudence. When the president came in, he represented some prudence and incorruptibility. So, firstly, he gave the people this perception about the party – APC; that we are here to govern. In actual delivery, a lot of follow through has happened under the APC than the PDP. I know a lot of these projects were initiated by the PDP, but if you look at the power sector for instance, for 16 years, nothing happened under the PDP. Look at the rail sector, the Niger Bridge, even power and other sectors. Imagine if APC was the party in power for 16 years, I believe there would have been a lot of follow through projects. APC as a party, has showed seriousness and one of the reasons we need to appreciate the APC the more is that the party is operating in very perilous circumstances. Look at COVID-19, fall in oil prices, all predictions have gone out of the window and the party is still up and running the government well. I am not saying we are excellent, but I would say, sense of purpose, sense of seriousness, continuity and ability to follow through are what set APC apart from its predecessors.

Many Nigerians are bothered about the country’s borrowing spree. Do you think their fears are founded?

The truth is this; when people lend you money, they are looking at getting their money back against the future cash flow. So, if I give you N10 now, I am looking at getting N12 back in the future by you using that money to do stuff, maybe improve your business, in the case of government, improve your infrastructure, which will drive the economy. So, government borrows to make the economy better. In Nigeria, that should be the case too. What will happen is this, in the current budget; I think we have about N4.3trn deficit, normally that is the first thing the government will use as an excuse to borrow. In Nigeria, our debt against GDP is about 39 to 32 per cent, the global benchmark is about 56 per cent. So, people can still be given the excuse that we have not even borrowed anything and that we can continue to borrow. But we cannot do that, like I said, the money borrowed should be used for things like infrastructure and other things that would build the economy.

When you look at Nigeria, a lot of those things are not happening. The reason is simple; looking at the effect of COVID-19 alone on the economy, the people that are supposed to drive the economy, who are supposed to come and invest couldn’t come in. The oil price crash is there too; with all these, you are not going to see the benefits of the borrowings. Though, in the proper context, the borrowing is not damaging the economy, our debt to GDP is not in danger, but are we using the money properly? Is it being properly managed? That is what people have problem with. So, what is the way out? The way out is to raise revenue because that is what we can use to pay the debt. How do we raise revenue? Most of the time, it is from taxes. In Nigeria now, our tax generation is about 7 per cent, average in Africa is about 18 per cent. So, that means we can still raise it up, but if we raise it up, because the economy is bad, it will bring a lot of sufferings. So, there is a problem. What we need is a lot of competent hands in Nigeria, that if we are to raise the tax up and people see the results, and when our revenue improves, our servicing of debt will be better and we can now borrow more.

In the area of financing, what do you think your administration did differently in Oyo State?

We did a lot. Governor Ajimobi’s government managed the resources judiciously, we made sure we didn’t plunge Oyo state into uncontrollable debt and we were transparent, people could see what we were doing and it was not a one-man-show. We were the one that started inviting people like Budgit and World Bank. We also published our budget for the first time for transparency, I don’t know if that still happens.

What about Internally Generated Revenue (IGR)?

Ajimobi did more than anybody in terms of IGR. Before we came in, IGR was about 400 to 600 million. When we left, it was up to two billion on an average. This current government came and said in their second year, they would be at N7.5billion IGR, it is on record and they would stop collecting money from FAC. None of that has happened now, they can use COVID-19 as an excuse, but that is not the truth. We don’t even know the average IGR, there is no transparency and I foresee a lot of problems in the future.

The security situation in Nigeria has become a subject of discussion, do you think something different could have been done from what is on ground at the moment?

Security and politics are local. I agree that if the country is not secured, it would get to the states. But a lot of what is happening in the country is compartmentalised. Look at Boko Haram for example, it is happening in the North East, we have the ESN in the South East, the West is the only region without a global security threat. But each state in the South West has its own security challenges. So, in Oyo State for instance, when Ajimobi was in government, one of his greatest achievements was in the area of security. He didn’t do anything too special than just engaging and making people know that he meant business.

Tell us about yourself – Birth, growing up years, schooling and working

I was born in Oluyoro Hospital in Ibadan. I spent most of my childhood in Ibadan. I attended Orita Mefa Baptist Nursery and Primary School and I also went to Federal Government College Okigwe, in Imo State as it was then. I also studied Accounting at the Obafemi Awolowo University (O.A.U). I had my NYSC in Maiduguri, so I have been across the whole country kind-of. After service, I worked in the banks; I worked in three Banks – Global Bank, Liberty Bank and NBC Bank. After which I left the country to further my studies. I was consulting, I was a management consultant for many years and I became I Charted Accountant and even a fellow. So, I have been in the finance and banking sector. Growing up; my dad was Reverend Joseph Adekanbi and my mum is Victoria Adekanbi. My dad was a pastor, so we grew up under this strict environment of, your dad is a pastor, you must pray, you must follow the rules and they brought us up to always be disciplined. My dad was also a soldier; imagine growing up under a man who was a soldier and now later becoming a pastor, very tough upbringing. My mum also sells yam powder and other food stuffs in Bodija market, Ibadan. My dad was very traditional too; he was a founding member of the Omo Ajorosun club in Ibadan. So we grew up with Omo Ajorosun having meetings every Sunday at our home in Ibadan.

You’ve been empathising with Oyo State indigenes who suffered one calamity or the other recently, especially your visit to Igangan, are you doing these due to a political ambition?

Several years ago, we had a sad storm in Ono Ara and I could remember giving a lot of palliatives to the people there, I can’t remember the exact year. We give students free JAMB forms every year. I was the first person in 2019 to partner technical universities, I sent a hundred people to go and learn different trades and innovations there. Even when COVID-19 started, I was the first person that started intervention in terms of sanitisers and all that. I even donated funds to the University College Hospital (UCH) in Ibadan and you know UCH is not just for a local government, it serves the whole community. So, the Igangan visit was just a part of it. I just felt bad about how they would just go and kill people in their bed and it falls within my senatorial district as well. So, it was natural that I went there. I empathise with my people anywhere, even in the local areas.