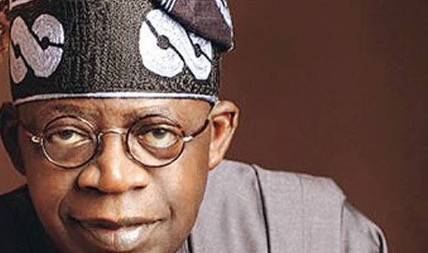 It was another day of endorsement for leading All Progressives Congress presidential aspirant, Asiwaju Bola Tinubu, as the party’s delegates from Niger State to the national convention/presidential primaries joined their counterparts from Kaduna State at the weekend to endorse him for the presidency.

During a relaxed, almost familial meeting in Kaduna, Governor Nasir el-Rufai and the state’s delegates to the APC national convention had pledged their support to Asiwaju Tinubu.

The same feat was recorded in Minna, Niger State on Friday as the party’s delegates also endorsed Tinubu. It was at a meeting arranged by the State Governor Abubakar Sani-Bello.

Tinubu had sought the support of the delegates, saying “I know the road to prosperity, safety, clean environment, development of our nation and infrastructure. I have done it all in Lagos.”

He also pledged to address banditry and secure life and property if elected president, stating that he would not only change the calendar of bandits but also conquer them.

“We will not give up on banditry; we will not run away. Bandits will not take over our lands,” he said.

Referring to his achievements as a two-term governor of Lagos state, his private sector background and his vast knowledge of Nigeria, he said:

In Kaduna, Asiwaju also spoke sympathetically about the security challenges faced by Kaduna and the entire region. He lamented the loss of lives, the destruction of property and the immense burden that insecurity placed on families, communities and the state government.

Addressing the party’s delegates from the state on May 12 in Kaduna, Asiwaju Tinubu said: “I am one of you. I identify with your challenges. With all of us working together we will defeat all evils called banditry,” he said.

The APC leader also commended Governor el-Rufai for his visionary leadership, praising him for recording giant strides in the state in spite of the challenges.

Tinubu hailed Governor el-Rufai’s administration for the infrastructural projects in the state, particularly the road networks and for creation of primary health care centres.

At a dramatic point during the seating the delegates rose in unison to endorse Tinubu for the presidential primaries holding at the end of the month.

“Before we confirm what Senator Kashim Shettima said here. I want to confirm from our statutory delegates whether they are with Asiwaju. Are you with Asiwaju?” El-Rufai asked. The delegates responded in unison, shouting “Yes!”

The Kaduna governor said Asiwaju was the first presidential aspirant to come to Kaduna to seek the support of the delegates, adding that Kaduna was important because the state provided President Muhammadu Buhari with the third-highest number of votes in the last presidential election.

El-Rufai again thanked Asiwaju Tinubu for his decision to cancel his birthday colloquium last March in honour of the victims of Kaduna train attack, saying by his action he had permanently etched his name in the hearts of the people of the state.

Senator Shettima declared that the Kaduna governor was solidly with Tinubu. He described el-Rufai as one of the true leaders with the capacity to deliver meaningful development programmes that empower the people.