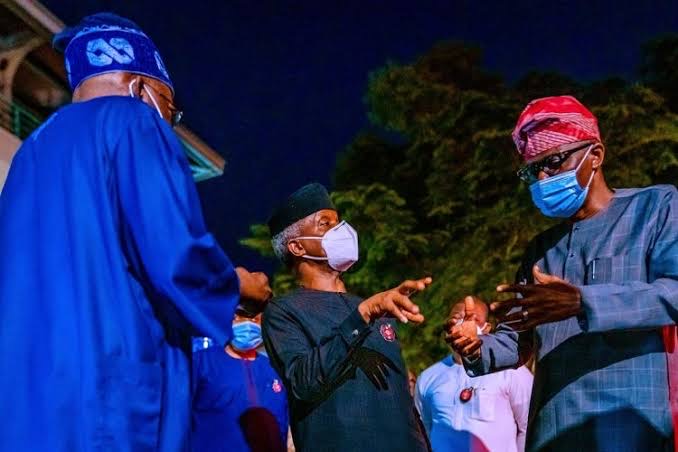 He recalled the report saying that Lagos had between 400 to 700 active startups, valued at over $2 billon, with Fintech being the most prominent in the Lagos technology startups ecosystem.

Osibanjo said this on Thursday, at the Startup and Developer event organised by Google , with the theme “ The African Start-up Ecosystem Opportunity’’, virtually monitored in Abuja, by the News Agency of Nigeria (NAN).

The Vice President said the Federal Government is to reconvene the Technology and Creativity Advisory Council on policies that would support the ecosystem for ICT startups in the country.

He said the Federal Government was working with relevant stakeholders to ensure that startups received every support they required to take their ideas from inception to impact.

“As part of our Ease of Doing Business Reforms, we instituted the Visa on Arrival Policy which allows any person outside ECOWAS to get a visa on arrival in Nigeria.

“This policy means that all African startups and entrepreneurs seeking to expand their business into Nigeria will have a more straightforward process.

“We are also re-convening the Technology and Creativity Advisory Council, made up of public and private sector stakeholders,  to advise government on policies and programmes to support the ecosystem,’’ he said.

He further said that through the work of the council, the Federal Government was also currently engaging with the African Development Bank (AfDB) to setup a $500 Million Innovation Fund.

According to him, the fund will provide support for the ecosystem, across four pillars, including Infrastructure support, Finance, Skills Development and Technical Assistance.

He explained that the African startup ecosystem opportunity was dependent on innovation capacity and entrepreneurial capacity, all anchored on the 4th industrial revolution and driven primarily by digital technologies.

Both capacities, in turn, depend on four key indicators, which are human capital, infrastructure, funding and demand.

Osibanjo added that human capital was the first indicator, by which African startups needed to realise that they were strong on the value of the human resources they have.

He described the 3rd industrial revolution as pivotal to unprecedented global economic growth going on in the 21st century, as it disrupted traditional service delivery channels, accelerated the automation of factories and manufacturing processes, while using electronics and information technologies to expand the reach and create prosperity.

The vice president decried Africa’s missing out on these developments, but expressed the hope that the 4th industrial revolution was another opportunity for Africa to leverage and develop its ICT startups ecosystem.

“It will remove physical borders and barriers, while maximising the utilisation of digital technologies as a source of inspiration across economic sectors,’’ he said.

The vice president equally noted that other industries were emerging and opportunities for investment and disruption remained very high in the continent.

He recalled that in 2019, the Federal Government launched the National Digital Economy Policy and Strategy (NDEPS) for a Digital Nigeria, as a sustainable roadmap to accelerate the development of a Digital Economy.

The policy was designed to catalyse the digital ecosystem development in Nigeria and deepen innovation quality to promote innovation-driven enterprises that target the global market, he said,

He added that by creating the enabling environment for startups to thrive, and through NITDA, the government was initiating programmes to ensure the deepening of digital economy agenda.