… My administration will invest greatly in technology, says Sanwo-Olu 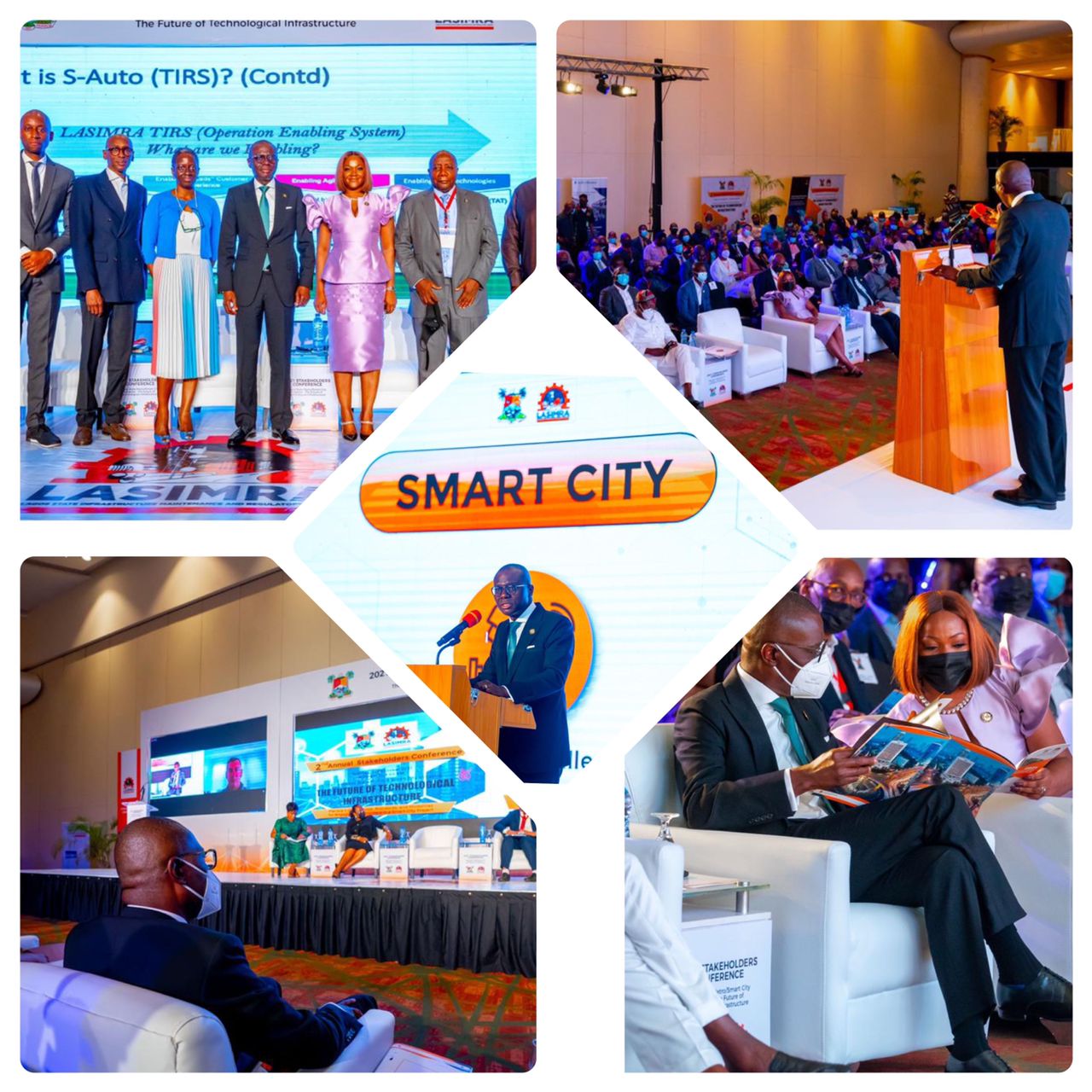 Lagos State Governor, Mr. Babajide Sanwo-Olu on Tuesday pledged his administration’s commitment to greatly invest in technology, which according to him is critical to the development of the State and nation at large.

He said technology is crucial to the Lagos Smart City Project and therefore called on key stakeholders and the private sector to collaborate as partners with the State Government to create a Lagos that works for all.

Governor Sanwo-Olu stated this at the 2021 Stakeholders Conference of Lagos State Infrastructure, Maintenance and Regulatory Agency (LASIMRA), with the theme: ‘Lagos State Metro and Smart City Initiative: The Future of Technological Infrastructure”.

He said his government is committed to providing ease of doing business for investors to make life better for citizens as well as adequate security of lives and property in the State.

The Governor hinted that the State will not hesitate to take a cue from Singapore and other countries that use modern technology for massive infrastructure development, while also collaborating with the private sector.

“If Lagos is to sustain its Centre of Excellence status in the country, vital infrastructural development is critical to achieving human capital development. The economic impact that infrastructure improvement has on nation building cannot be over-emphasised,” he said.

In his Keynote Address, Lagos State Commissioner for Science and Technology, Mr. Hakeem Fahm noted that in line with the T.H.E.M.E.S. agenda, the State will leverage technology to provide infrastructure to boost the state economy, improve security, enhance efficient service delivery in all sectors and traffic management in a bid to achieve a Smart City and to make Lagos a 21st Century economy.

He said technology is relevant and significant to enhance economic growth and development of a state and the nation, noting that Lagos State has successfully adopted technology in implementing the six-pillar T.H.E.M.E.S agenda.

The General Manager of LASIMRA, Engr. (Mrs) Abisoye Coker-Odusote, said it is not surprising that in Lagos State, the Babajide Sanwo-Olu-led government through the Lagos State Infrastructure Maintenance and Regulatory Agency is keen on making Lagos the fortress of digital enterprise, an urban hub for innovation and commerce and a fertile market for imperial investment.

She said: “In line with Mr. Governor’s T.H.E.M.E.S. Policy Agenda, repositioning Lagos State as a smart city is an integral aspect of this administration; with a well-designed roadmap, the administration has been working hard to improve the efficiency of services and eliminate redundancies in major sectors to promote an enabling environment for business, as well as residents.

“The administration’s plan to fully transform the state Metro/Smart City Project and make her economy 21st century compliant is fully on course,” she said.

The Special Adviser to the Governor on Works and Infrastructure, Engr. (Mrs.) Aramide Adeyooye during plenary, said the State Government is committed to the Smart City Project to reduce crime, increase investment among other things.