#ForAGreaterLagos No one will be left behind 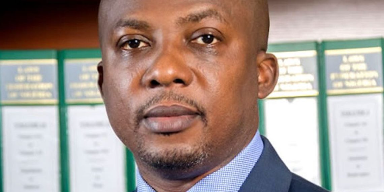 Special Adviser to Governor Sanwo-Olu on Education, Tokunbo Wahab made this known in Agboju during a day sensitisation/Public enlightenment programme in Amuwo-Odofin.

Tokunbo beseeched them especially, young girls who missed their education due to early pregnancy, trafficking, poverty or other factors to take advantage of the Alternative school system to re- enrol for secondary education and learn a vocation that would make them become entrepreneurs.

Represented by Chairman of the Governing Board of the Alternative High School for Girls, Mrs Funmilola Olajide, Wahab said education remained a strong weapon to fight poverty and ignorance.

He urged traders and housewives who missed education early in life to learn any vocation of their choice at any of the nine vocational training centres available in the state.

The government, he said, would assist them with soft loans to start their businesses through the Lagos State Employment Trust Funds (LSETF).

According to him, the growing rate of the state’s population required a comprehensive educational approach that would prioritise the development of both formal and informal education to achieve success in the mass literacy policy.