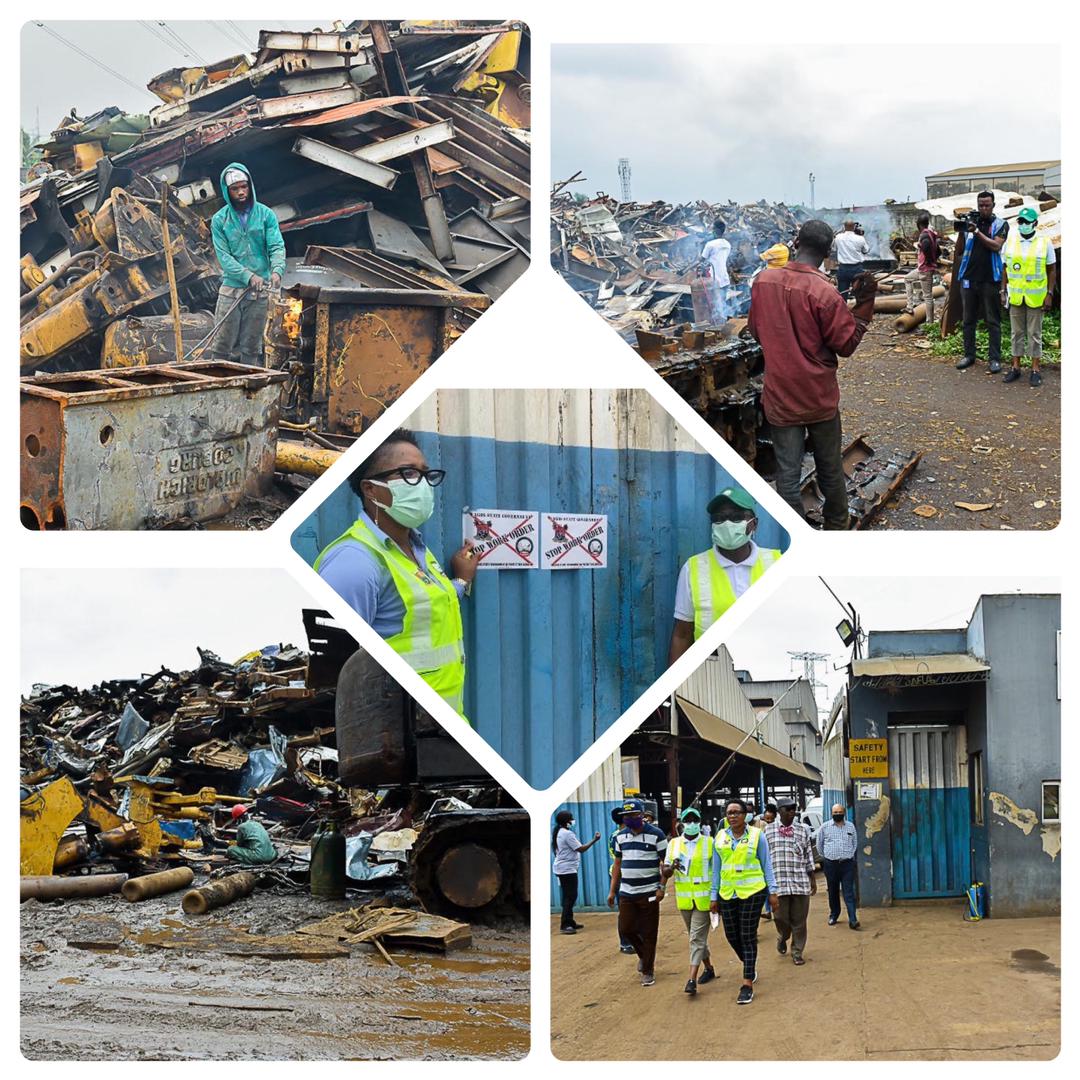 The General Manager, Dr. Adedolapo Fasawe, who led the enforcement team to the two companies, decried the squalid and unsafe working conditions, as workers were observed conducting their duties with minimal risk control to staff and surrounding communities.

She described the situation at the facilities as “grave”, citing the negative effects to the immediate and long-term wellbeing of those working and living in the area, especially the children, elderly and infirm, who are most affected by the gross misuse of the shared environment.

While decrying inherent risk of explosions, fires and other public safety concerns owing to the poor situation of the environment, the General Manager revealed that the visit to the factories was in response to complaints received from residents, environmental monitoring data and the outcome of surveillance conducted by LASEPA three days prior to the official visit.

Her words: “The visit revealed that most of the activities going on in the Ikorodu industrial area do not comply with Lagos State environmental standards, as well as international best practices vis-à-vis industrial waste management and circularity. As a government, we will continue to do everything within our power to ensure that the quality of air is permissible and that the land, soil, flora and fauna are not negatively impacted by industrial activities”.

“Governor Babajide Sanwo-Olu led administration in Lagos State encourages recycling but not at the expense of the people’s lives and the environment. A lot of the machines being used here at the two companies for recycling are archaic, poorly maintained, not fit for purpose under current and future environmental standards. This is because they release large quantities of noxious gases, fumes and other hazardous substances which are a direct result of prioritising profit over the planet and people”, the LASEPA boss noted.

Speaking further, the General Manager revealed that the State Government, in partnership with the World Bank, has sited six pilot Air Quality Monitoring Stations located in Akoka, Jakara-Island, Ipaja, Ikeja, Lekki and Ikorodu, to track all vital air quality indices as well as provide data on distribution and flow of pollution events from source to receptors.

Fasawe said all the sealed up plants must provide an environmental action and clean-up plan, a detailed environmental management policy document, and normalise all necessary regulatory documents and taxes before being considered for reopening.

Ikorodu residents commended the Agency’s visit, calling for quick intervention and remediation directed towards restoring the natural state of the currently affected areas including Odo-Nla and Odo-Kekere areas.