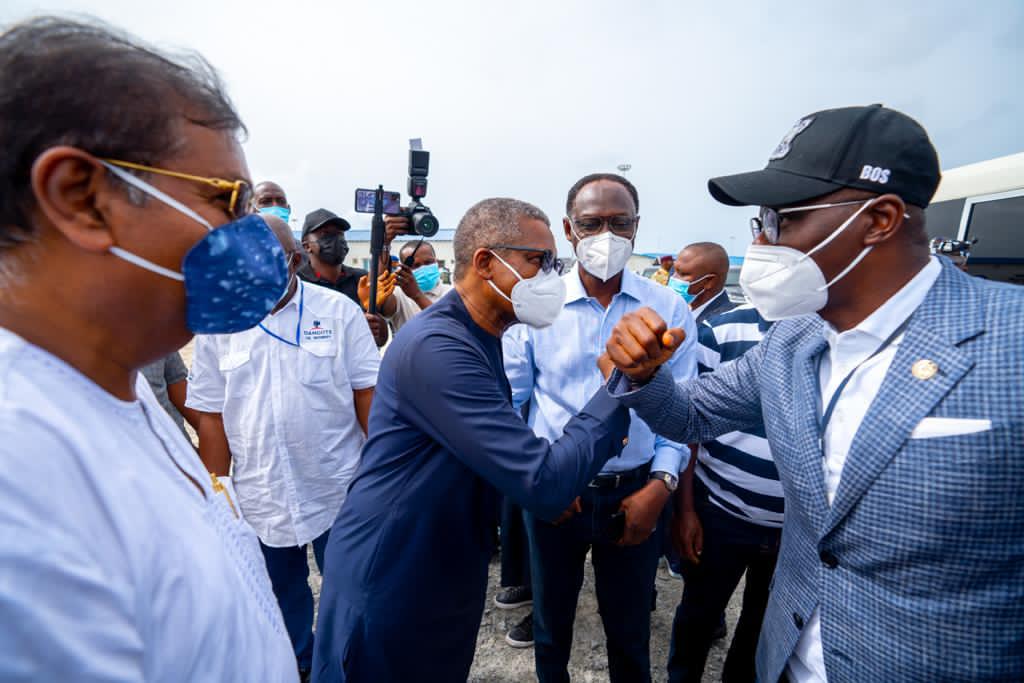 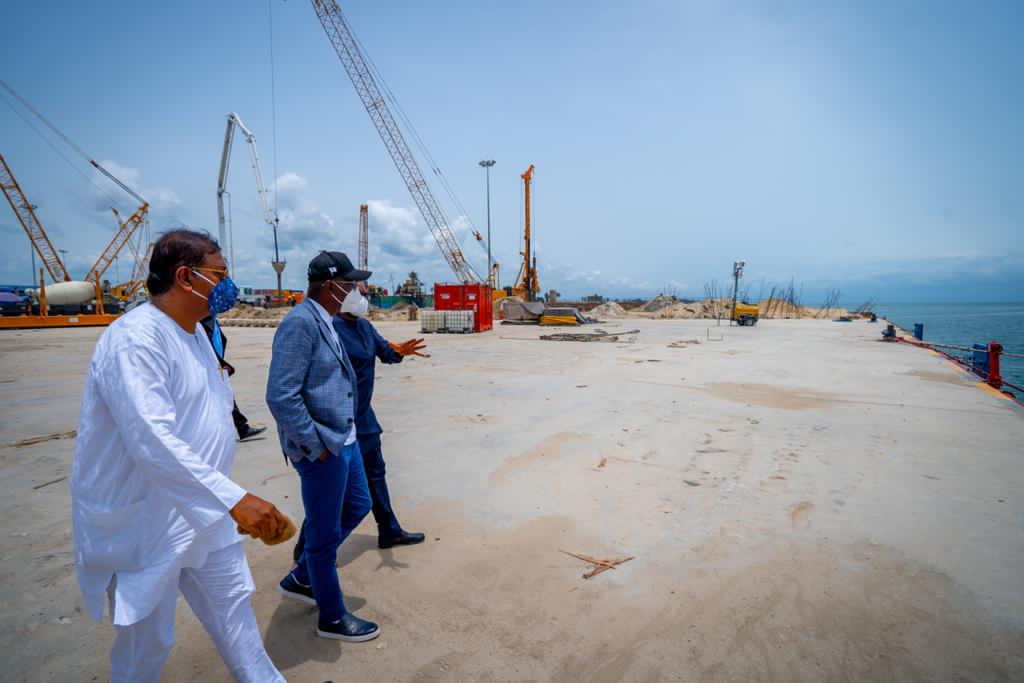 Construction of the ancillary road infrastructure leading to the Free Zones in Ibeju Lekki will kick off in the coming months.

Governor Babajide Sanwo-Olu disclosed to very excited community leaders in the axis that construction work will begin on Magbon Alade Road in the next two months.

The carriageway extends from Lekki-Epe Expressway into the Free Trade Zone area, covering several kilometres. The rehabilitation of the road is a partnership between Lagos State Government and Dangote Group. 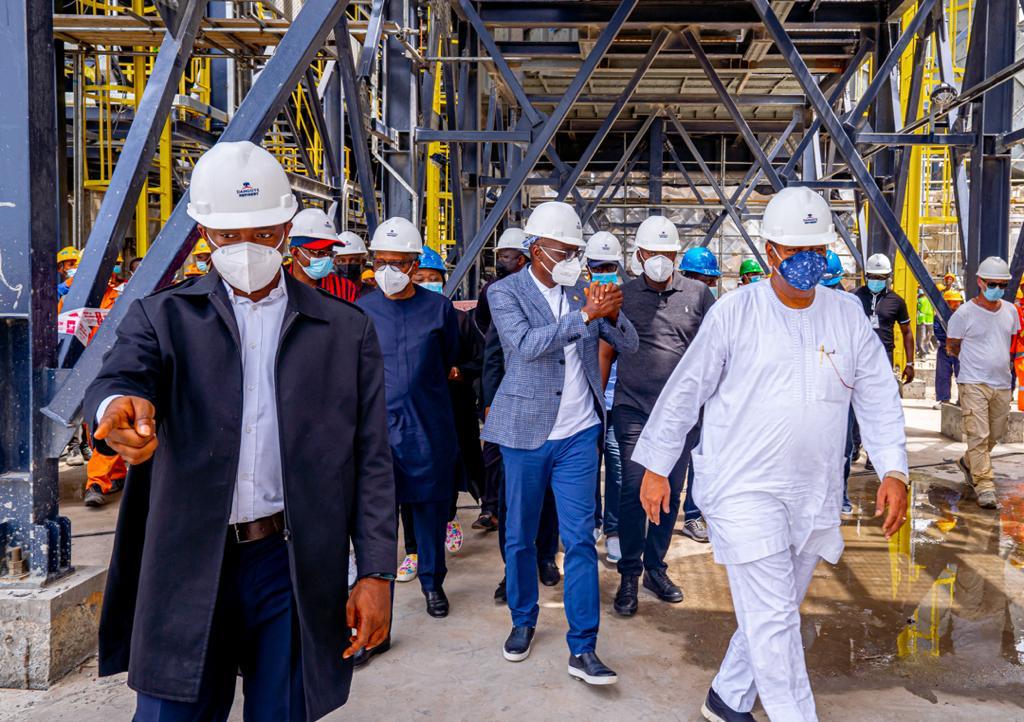 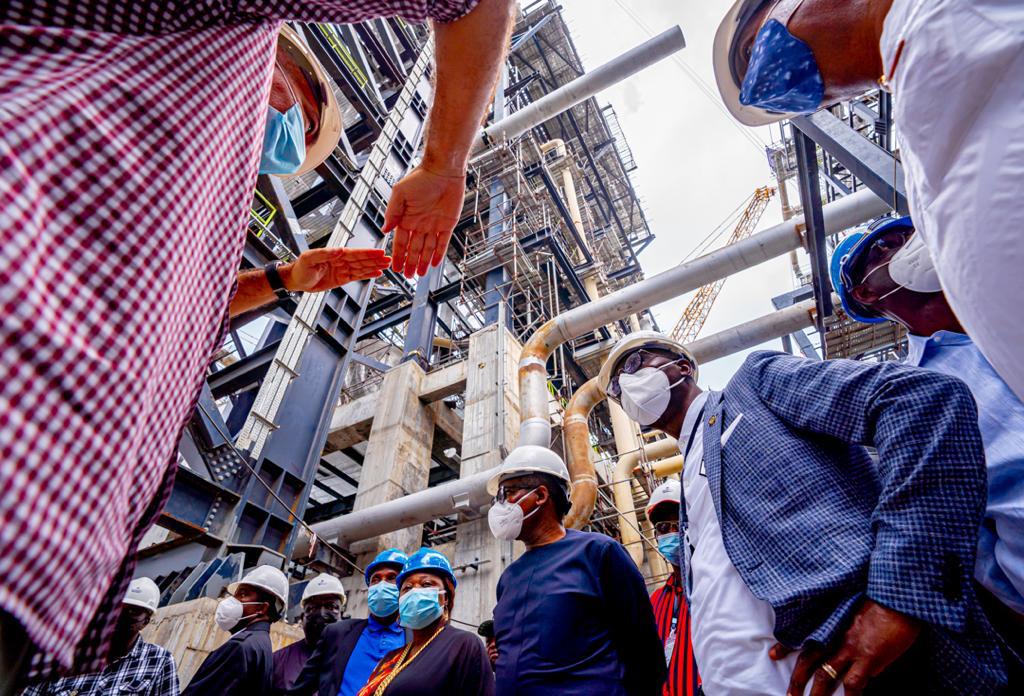 The development was made known when Sanwo-Olu and members of the State’s Executive Council visited the Dangote Refinery and Petrochemical facilities on Saturday, the second day of the Governor’s working tour of Free Trade Zone in Ibeju Lekki area of Lagos. 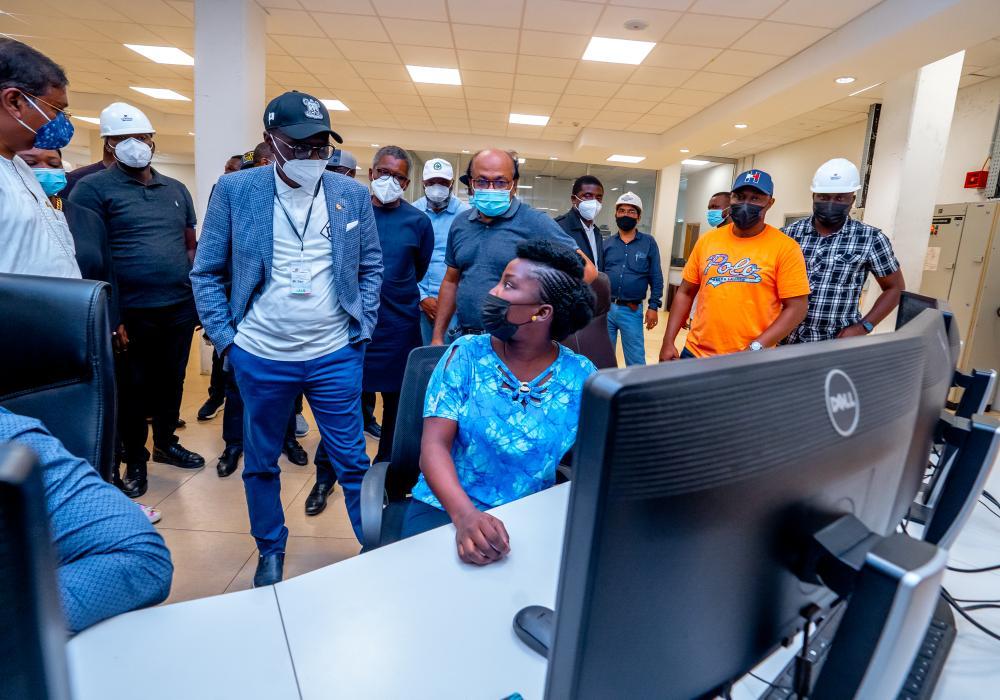 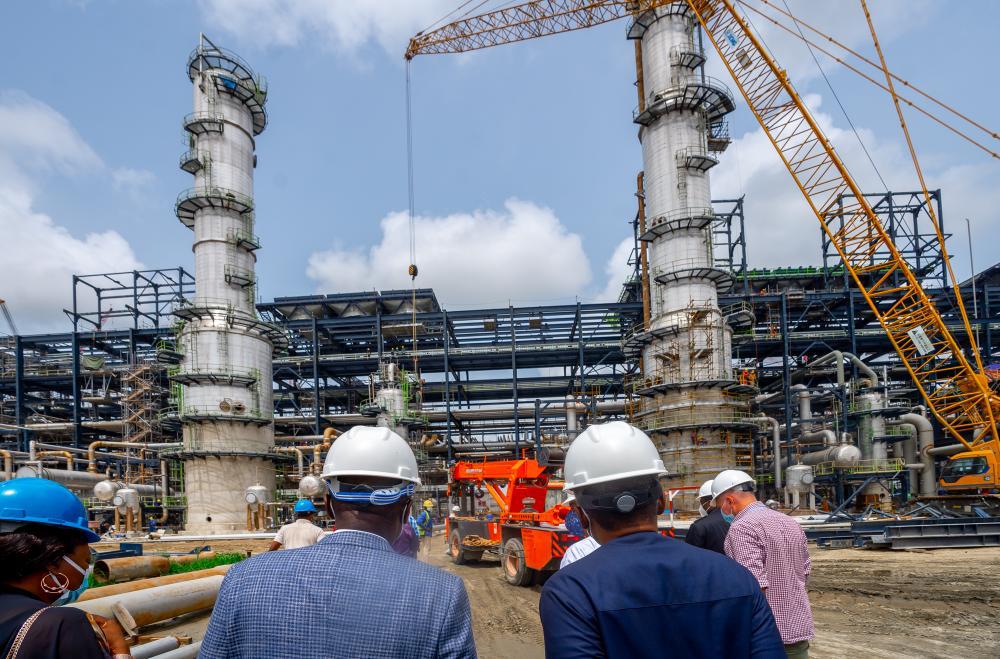 After the five-hour tour, both Sanwo-Olu and Dangote went into a private discussion where they agreed on the timeline for the kick of the road project.

Briefing the press after the meeting, the Governor said: “Today, we have taken a five-hour tour of the Dangote Refinery, which is the biggest single refinery in the world, and also visited its fertilizer factory, which is the second largest in the world. Between the time I came here in 2019 and now, there has been huge improvement in the construction and layout on the entire site.

“For us as a Government, it’s not to fold our arms and be expecting that all is well in this corridor. We are here to encourage the investors and to show them that we are with them. The Government is in place to serve them; anything that will ease business is critical to us.

“We have met and cleared out few issues around approvals, right-of-way and the infrastructure that needs to come on this axis. We don’t want a replay of Apapa gridlock here. So, we have agreed and we have planned a timeline for ourselves on the construction of Magbon Alade Highway, which comes to the free zones from Lekki-Epe Expressway.”

Sanwo-Olu said the State Government would be complementing the infrastructure being initiated in the Free Trade Zone with Green Rail Line, which would raise transportation capacity in and out of the corridor. The rail, the Governor said, will kick off when feasibility study for the project is completed.

He added that the layout for an airport being developed in Epe axis was being done, promising to prioritise its completion.

He said: “In our master plan for the free zones, there is a metro Green Line that will come from

Lekki. We have done expression of interest already for the metro line. We are currently doing feasibility study required for investment on the rail project. We are also looking at the airport project of which we have done the layout. This is also receiving consideration as we speak.”

“What is happening in this corridor is big enough to take three days of our time. The development is about jobs for the youth population and catalyst for the local economy. Local residents and other Nigerians are being engaged in the refinery and petrochemicals projects. The Government in a position to resolve any issue in order to create enabling environment for businesses to thrive.”

The Governor said the kind of development being implemented in the free zones was one that create a work-and-live ecosystem.

Dangote noted that the refinery and petrochemicals projects were his largest investment worldwide, applauding the State Government for his support to investors.

The billionaire said Sanwo-Olu’s commitment made the free zone to be business-friendly, pointing out that the area would become the hub of industrialisation in the country.

Speaking on the road project, Dangote said: “As Mr. Governor mentioned, we are eager to start this project. As soon as we have the green light, we will go ahead with the construction before we even sign the Tax Deductible Agreement on Presidential Order 7. I have promised the Governor that we will start the road in the next two months.”

The billionaire said the host community had not been neglected in the construction value chain happening in the free zones, stressing that hundreds of local residents were part of the 20, 000 Nigerians being engaged in the projects.

Besides, Dangote said the Group had intervened in lifting members of the host community, by donating modern boats for local fishermen, building hospitals, schools and giving deserving students scholarship.

Part of the sections toured by the Governor is the Catalytic Distillation Unit of the Dangote refinery, which is the first processing compartment in the refinery to distill crude oil into various hydrocarbon fractions.

The Government’s team also stopped by Fertilizer industry and Dangote’s trestles, shoreline jetties, where crude oil will be transferred to the refinery.

Earlier, Sanwo-Olu and his team were at Longrich and Colori Lekki Manufacture in Lekki Free Zone to inspect the processing plant of the Chinese firm.