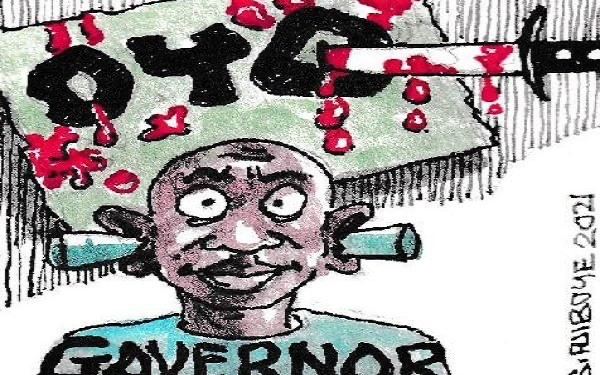 The recent showdown in Oyo State between Sunday “Igboho” Adeyemo, Yoruba freedom fighter, and herdsmen operating in the state has left Governor Seyi Makinde up a gum tree. For months, silence had covered the crimes meted out against farmers and villagers of different communities in Oyo and the governor inscrutably manned the helm under that projected false sense of ease. Now, even he has been dragged into the faceoff, yet he continues to misunderstand both the nature of the conflict and the role he has to play in it. So far, he has spoken a lot but said nothing truly comforting or reassuring to the people and elders of Oyo, and they will be allowed to agree with former United States Vice President, Dan Quayle, who once observed that verbosity leads to unclear, inarticulate things.

Had the governor a proper understanding of Oyo history as he claims, he would have recalled that there is no love lost between Oyo, which once stood at the apex of pre-colonial Yoruba political might, and the Fulani, who constitute a major unit of the modern herdsmen groups. There remain those who have neither forgiven nor forgotten the treachery of Afonja, the commander of Yoruba forces up till 1817 who invited the Fulani to assist him in invading Ilorin before he was eventually toppled. This was also why the Fulani were able to play an obscure but important role in the Kiriji wars of Yorubaland until their defeat by Ibadan. Although there were also Hausa and Ebira herdsmen, the involvement of the Sarkin Fulani of Oyo should have triggered all the governor’s antennas. The incidence should have been met by the governor with decisive action ab initio. The herdsmen crisis is by no means a cat burglar on the Makinde administration. Residents of Ibarapa claim that their warnings and cries to the governor had fallen on deaf ears for long. Continued silence from the government made them believe that they would only find succour from the state when pigs fly, hence their recourse to the more proactive Igboho.

Ibarapa community leader, Prince Ademola Ayoade, in a scathing interview, revealed that the Sarkin Fulani had grown so powerful that he occasionally threatened even the police if they did not bend to his will. He was fingered as a negotiator between kidnappers and victims and a protector of criminals. Worse, Secretary of Lanlete Rennaisance Group, Abimbola Adeyeri explained that, “The governor did not read the riot act… Yet the few bold men who stood up to defend their communities are labelled criminals by their own governor and the IGP declaring their arrest. The governments should bury their heads in shame and not fan any ethnic crisis as a result of this defence of our territorial integrity.”

Systemic invasion was clearly déjà vu for the people, and as a last resort they summoned Igboho having heard tales of his feats in Igboho and Igbeti. Indeed, the man’s reputation preceded him and he quickly did outside the law what should have been done long ago within the law. Rave reviews followed his performance. There are those who feel that the governor is pursuing a private agenda with his perceived lack of sympathy, and that he has his sights set on lofty rewards. They believe he is willing to trade his kingdom for a horse, and going by his comments last Monday, he is not helping matters.

He said, “One of the things we found out is that opportunities are very limited at the top. We will continue to do our best to strive to expand our economy and provide opportunities for a whole lot of our people and we believe when we do that, the tension will definitely go down.” On Wednesday, he met with the president and reiterated his controversial solution to the problem. “So, I requested for more Mobile Police Squadrons to be deployed to Oyo State and also asked for support for the joint security outfit because the underlying issue here also has to do with limited opportunities. The tension will definitely go down if a lot of our youths are gainfully employed… For instance, what triggered all of these was that Dr. Aborode was brutally murdered; that is criminal. But on the other hand, the Seriki, Alhaji Kabir, has been staying in that same place for 40 years.”

Has the governor really been as deaf to the people of Ibarapa as they accuse him of being? He managed to reduce insecurity with undertones of ethnic tension to unemployment. Indigenes starved because of insecurity, and he did nothing that helped. If he is to mitigate the ignominy of citizens resorting to illegality to tackle problems he failed at, then he must be wiser to the complete dynamics of the tension in his state. His primary duty is to his people, whose security he is constitutionally charged to ensure. How the people of Oyo must look longingly at Ondo state wondering where they went wrong. 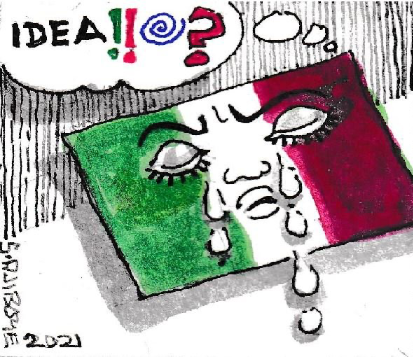 Last Sunday, People’s Democratic Party (PDP) spokesperson, Kola Ologbondiyan, issued one of his worst cringeworthy statements. Although the party has a rich history of conducting its opposition politics with banal logic, the recent statement was a new low, for it exposed the party’s limited understanding of the concept of sovereignty. It also revealed just how badly the party is interested in taking power that it is not afraid to stoop to sordid depths of juvenility.

The grating statement read in part, “Now that President Biden has settled down to work, our party urges him to look into the records, especially the report of the Department of State, and note the litany of infractions on our polity by APC leaders and officials of the President Muhammadu Buhari-led administration. President Biden is invited to act on the report of the Department of State detailing cases of human right abuse, arbitrary and extra-judicial killings, illegal arrests, detention, torture, shooting and killing of voters, massacring of peaceful protesters as witnessed in the EndSARS protests…”

By this statement, the party, not unlike many other myopic analysts, feels no shame in reporting their country’s government to another country, urging that other country to take action. The 1999 Constitution of the country recognises the legislature and the judiciary as the only other arms of government and only between three arms are the powers of Nigeria shared, the third being the executive arm. When executive recklessness culminated in the attack on Capitol Hill in the United States (US), their legislature rose to the occasion. They handled their mess like any sovereign country should. Nigeria’s legislature has, sadly, been fingered as being under par in performing its oversight duties on the executive arm of government while a multitude of factors has lamed the judiciary.

The problem with PDP’s inordinate statement is that they appear willing to trade the country’s dignity for their own selfish gains. The moment the US acts against the government, what is to say it would stop there? The Nigerian government’s sanctity must be protected at all times, notwithstanding what individuals sit in office. If the PDP is as unhappy with the federal government as most of the country is, then they should seek constitutional ways of checking the president. The Nigerian constitution also has an impeachment clause, so if the United States could do it, why can’t Nigeria. Until PDP displays the required prudence to oppose the government from an ideological viewpoint, they will continue to offer puerile comic theatre instead of a sincere and effective alternative.