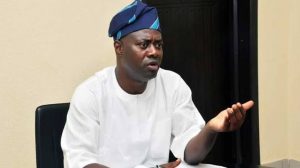 Propaganda is biased or misleading information. It is used to promote a political cause. Populism appeals to emotional sense of the ordinary people. It is to make them feel they weigh nothing in the hands of governmental leadership. Propaganda is not necessarily bad unless it’s deployed to feign goodness when the motive is badness. Populism is all good unless manipulated.

However, while Makinde is true to propaganda, he is a pretence to populism. During the electioneering towards his occupation of Agodi, propaganda was an instrument Makinde employed to pursue his gubernatorial cause.

He gave an impression of an altruistic philanthropist. He pulled down the opposition using propaganda. As his charms of propaganda swept him into Agodi and now as a custodian of governorship paraphernalia, Makinde refuses to give propaganda a breathing space.

He uses it in governance to curry sympathy from the masses. He projects the façade of a victim. He portrays the opposition as the oppressors. He deploys propaganda to give the impression of a performer. Yet, there’s nothing on ground to show an iota of performance. Propaganda is his tool to curry elephantine applause for mouse-like performance.

As we write, in Oyo state, we are pacesetting in pushing prompt payment of rightful salaries of workers as an astounding achievement. In the history of politics, and even advertising, propaganda has never been this used, misused and abused. What a worst time it is for propaganda in Oyo state!

As a pretence to populism, Makinde is an elite in government. He is using the card of populism against fellow elites. He is hoodwinking the mass of Oyo masses to think he was for them. He is not a faithful friend of populism. He is a hidden enemy of populism.

Makinde is a governor who is not decisive. He is afraid to step on toes as if his soles had sores. He is all ready to take Oyo people to where they want to be. He is never ready to take them to where they ought to be. He is a lily-livered governor who fears to lose the goodwill he deceived people to get. He continues to dance to discordant tunes of Oyo people who want what’s different.

Now is inauspicious for Oyo state to have Makinde as her governor. But we are stuck with him for the next three years, may God spare his life. Come 2023, it’s our choice to make to consign him to political dustbin as it was the choice of the ignorant, naive multitudes among us to bring him to governorship limelight in 2019.