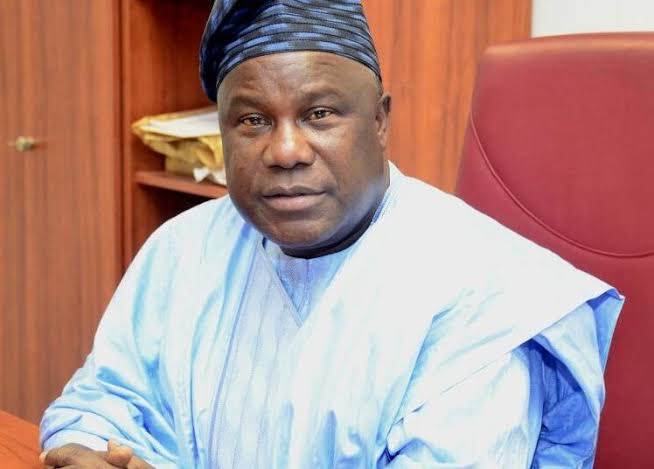 The various media platforms have been variously awash with what could be tagged the brilliant performance of the Chairman, Senate Committee on Land Transport, Prince (Dr) Abdulfatai Omotayo Buhari, the lawmaker representing Oyo North senatorial district in many ramifications. On the platform of the Peoples Democratic Party (PDP), the Prince of Ibapon kingdom in Ogbomoso had represented Ogbomoso North/Ogbomoso South/Oriire federal constituency in the House of Representatives between 2003 and 2007 before pausing to win the senatorial seat of Oyo North on the platform of the All Progressives Congress (APC) from 2015 till date.

Born in 1965 in Ogbomoso, Oyo State, Dr Buhari, a former apprentice of automobile mechanics in the ‘good’ old days, is interestingly an alumnus of the University of Ilorin (graduating with a BSc. in Business Administration in 1985); Ahmadu Bello University, Zaria (Master in Business Administration in 1993); University of Abuja, Abuja (a Doctor of Philosophy Degree, Ph.D, in Public Policy in 2009. He is, therefore, the first PhD holder to represent us, if not in the entire Oyo State, in the National Assembly. No wonder his erudition in contributing to matters in the hallowed chamber is laudable. He is, indeed, a business man, scholar and politician of high repute.

This piece is coming from the perspective of a common constituent expressing his views on the elected political leader; not from the eye view of partisanship or journalism. I had, in the past, written about Buhari, especially my experience with him during the 2002 struggle towards 2003 when he first won as a representative in the Green Chamber. Same went to the lawmaker representing Ogo-Oluwa/Surulere federal constituency and chairman of the House of Representatives’ Committee on Information, National Orientation, Ethics and Values, Chief Olusegun Dokun Odebunmi (Bunvic) and the former Majority Leader of the House, Rt Honourable Mulikat Akande-Adeola. As time goes, I am going to touch others too. The articles, written on them, enjoyed wider traction and readership because of the revelations laden in the various pieces I wrote on some of these leaders.

Even though this piece is devoted to Senator Buhari, popularly called the ‘Omoluabi’ and ‘BAF’, I hope this will be a wake-up call on him other elected leaders, at least, to be more responsible, knowing that their constituents are watching. Again, this is a charge that constituents should not stay aloof; they should be involved.

Now, a question to my fellow constituents: how many times have you called your senator or representative, Assembly members – whether to suggest something or call their attention to the yearnings of our communities or encourage them? It essential that we don’t leave them unmonitored because without us, they are not in the various positions.

On assumption of office, Dr Buhari deliberately made his phone contact public for people; this is rare. So many times, I have missed his phone calls and this stresses how humble he is. Whenever the Omoluabi is with his political family, especially at his family house in Ibapon, Ogbomoso, you hardly notice any leader-follower relationship or scenario. He is the only politician I have seen walk around without security operatives, at least here in Ogbomoso. He usually walks from Ibapon to Osupa, Aaje, Sekooni, Okeelerin, Oja’gbo and other axes of the legendary city of Ogbomoso, the land of the valiant. Buhari is intelligent, brilliant and humourous in excellence. A good story teller, you don’t have any dull moment in Buhari’s presence.

As his primary responsibility, Buhari has contributed meaningfully in both the House and the Senate by sponsoring bills, moving motions, raising issues that are germane to the progress of the nation. He has blatantly agitated for location of Federal Government’s establishments in his district and Oyo State like the Federal University of Agriculture, Federal Medical Centre, among others. I watched one of his contributions on health facility when he was bombarding the Senate with data of health of his constituents and the agonising condition of the people to get health facility, especially the Oke-Ogun axis of the district.

He has done a lot in facilitating Federal Government jobs for a number of graduates in his district, I mean juicy ones. Beyond partisanship, he has variously extended the gestures to youths generally, youths in the APC, PDP, Christians, Muslims, traditionalists without discrimination. The joy is that when a leader gives a youth a good job, that employee can perform wonders in his community in future. Remember the commendable monitoring of the Federal Polytechnic, Ayede by Barrister Olusegun Adekunle, a former Permanent Secretary, General Service Office (GSO), Office of the Secretary to the Government of the Federation (SGF). Little did Adekunle know in 1984 when he started job…. So also will be the cases of our young men and women in various government ministries, agencies, commissions and so on.

Beyond these and his excellence in accessibility/availability, Senator Buhari has facilitated a myriad of projects too numerous to mention to his district. He has facilitated trainings and empowerments. He never forgot the physically challenged as he recently donated about 150 wheelchairs to them in a colour ceremony in Iseyin, headquarters of Oyo North. Is it on charity? He is super good as testimonies of this abound; maybe because he was not born with silver spoon in his mouth. If child lives a life that things are not rosy, he becomes wise later and understands what it means to help. ‘Omo o jiya o ni oun gbon, tani tisa to koo?’

To close this piece and in all honesty, I charge Dr Buhari to consistently continue in his performance in the Red Chamber and not relent for posterity because of the quote by Mark Anthony in Julius Caesar: “The evil that men do lives after them; the good is oft interred with their bone” after the Caesar had been killed.

Next article: Buhari of Ogbomoso, Oke-Ogun or Oyo North? Clearing the Miscoception