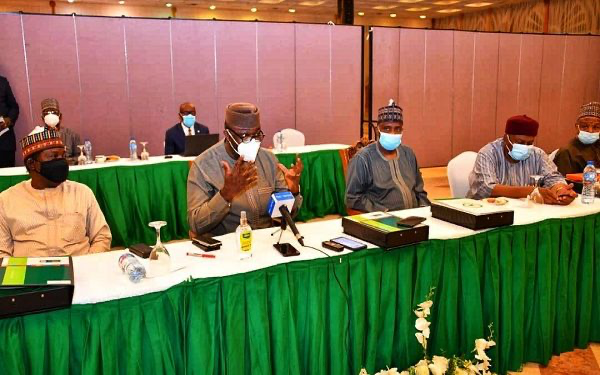 The Nigeria Governors’ Forum (NGF) and the Federal Ministry of Finance last week sent a 30-man team to Lagos State to study its Internally Generated Revenue template and exchange ideas on how to ameliorate the economic meltdown in the country.

Representatives of governors of the six geo-political zones, comprising Gombe, Nasarawa, Delta, Ebonyi, Sokoto and Ekiti states, were present at the meeting.

Leader of the 30-man NGF delegation Mr. Olanrewaju Ajogbasile noted that the visit, which was funded by the World Bank and the Federal Ministry of Finance, is aimed at exchanging ideas and learn how the Lagos State Government drive its economy and the strategies it uses to grow its Internal Generated Revenue (IGR) despite the Global Economic Meltdown occasioned by the COVID-19 pandemic and the destructive ENDSARS protest.

“We are here in Lagos to learn from the innovative strategies of the Lagos State Government, we have come to learn, adopt and follow Lagos State template in revenue generation – the template which is the best in the country today,” he stated.

Commending the state government for adopting technology in its revenue drive, Ajogbasile noted that Lagos IGR technique should be a standard template for achieving sustainable economic growth for the country.

The decision to visit Lagos was informed by the giant strides Lagos State is making in growing its Internally Generated Revenue despite the corrosive impact of the COVID-19 pandemic on the economy.”

He said it was highly  inspiring to note that Lagos still grossed a total of  N418.99 billion, which accounted for  32.1 per cent of the total N1.33 trillion IGR recoded by the 36 states in Y2020 in spite of various challenges faced by the  state last year.

Commissioner for Finance Dr. Rabiu Olowo stated that the state government had introduced a lot of innovations to drive  its cashless revenue collection policy drive, stressing that  the state financial system  has been fully automated, giving no room to cash transactions in any  government financial deal.