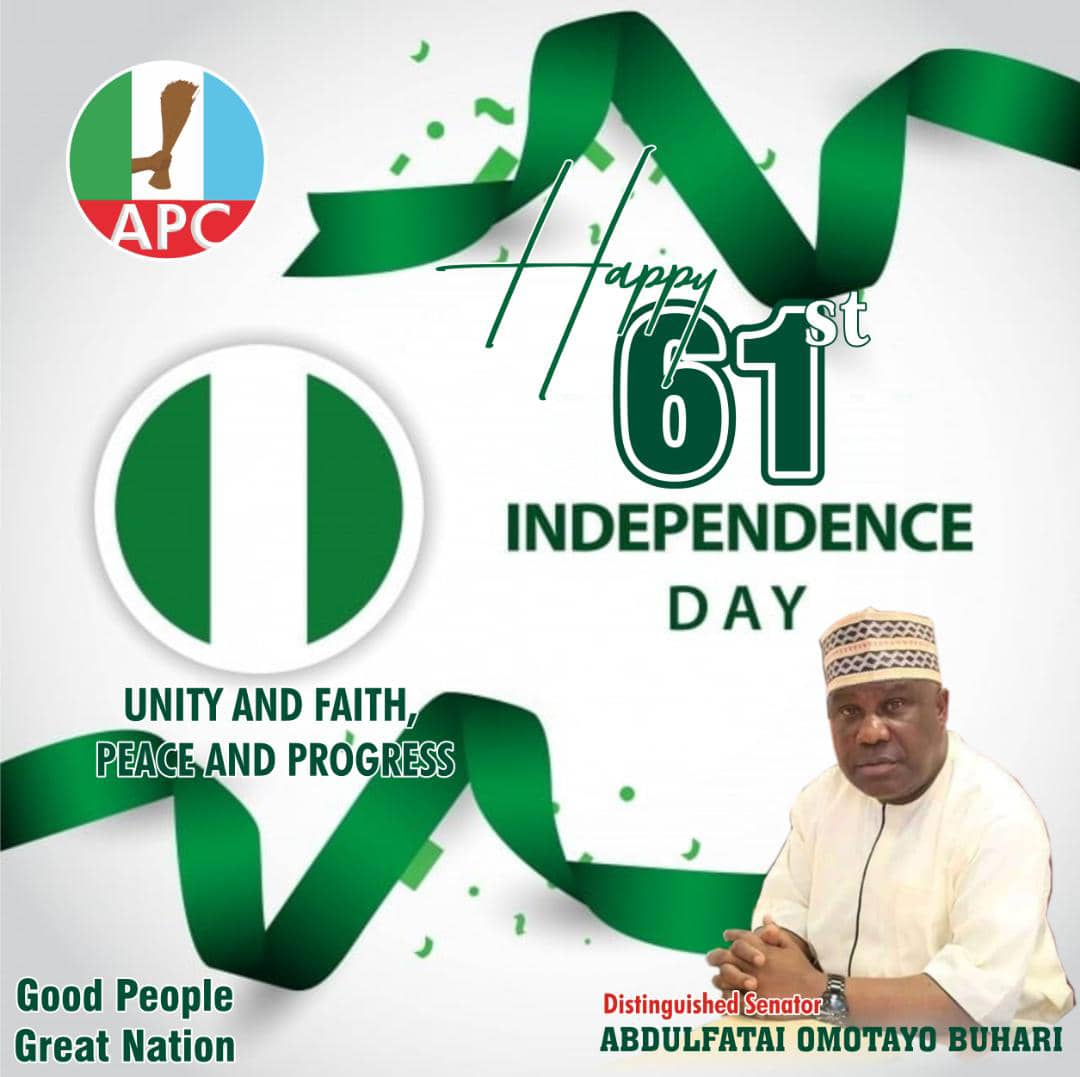 As Nigeria marks 61st day of her independence, the Senator representing Oyo North Senatorial District and the leading aspirant as the flag bearer of All Progressives Congress (APC) in the 2023 gubernatorial elections, Senator Buhari Abdulfatai has commended Nigerians for believing in democracy.

The Legislator declared this in his official message to Nigerians especially his constituents in the district and people of Oyo State in general made available to journalists this morning.

In a press release personally signed by the lawmaker, Senator Buhari said democracy had been generally accepted as the best form of government whereby people have vital roles not only on the choice of their leaders but on their efforts to provide good governance.

He condemned the security challenges that had resulted to loss of lives and properties of Nigerians in recent time while he added that though Federal government had put a lot of efforts and policies in place aimed at fostering peace and unity, more still need to be done especially by the military and security agencies.

Senator Buhari hinted that truly the country has been battling with insecurity in various areas: Education, Health, Economy, Agriculture, Technology among others yet, he was aware of frantic efforts being made by government but these need to be complemented by Nigerians so that we can really enjoy the country’s independence.

He enjoined people of Oyo North and Oyo State at large to be watchful of their actions and words so that they will not engage in inciting disunity and crises in their society.

The lawmaker admonished Nigerians against campaign for division of the country as the legislator reiterated that Nigerians should take the bull by the the horn, complementing efforts of the government to make the country great.

He added that at this critical period, the government need prayers of Nigerians in order to be successful in the beautiful plans capable of making the country a developed one.

Senator Buhari who had been adjourned the 5th outstanding Senator in the country pledged to continue in his efforts to foster better governance and lives for Nigerians.

He wished people of Oyo North, Oyo State and Nigeria bin general a blissful independence day celebration and many happy returns of the day on the surface of earth.