NigeriaDecides2023 : Buhari and the Dilemma of Picking a Successor

Buhari and the Dilemma of Picking a Successor 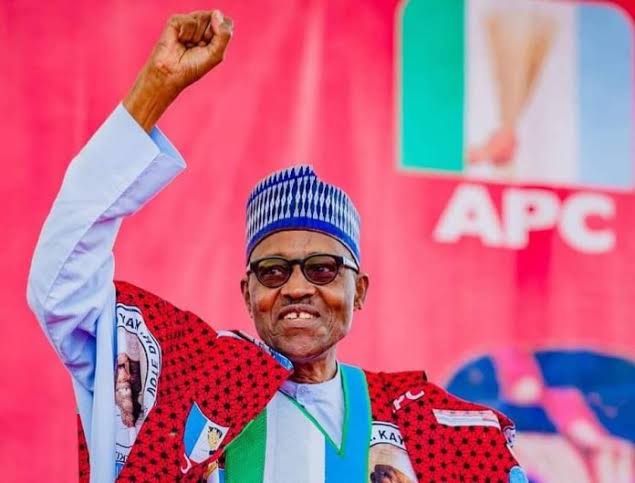 President Muhammadu Buhari looks entangled in a successor’s dilemma, a seemingly intractable set of circumstances that will put him in the good or the bad book of supporters of the All Progressives Congress in 2023, writes Emameh Gabriel

The much expected national convention of the ruling All Progressive Congress (APC) has been postponed indefinitely, but rather than cause a drop in interest it is expected to trigger regional and individual interests in the party as to who will get the blessing of the President come 2023.

President Muhammed recently during an interview on ARISE News said that he wanted the APC to continue in power beyond his tenure and that only the party can decide on where the pendulum swings.

If the aforementioned comment is anything to go by, the President was being circumspect, which is not strange given the politics that predated the formation of the APC and emergence of his candidacy and administration.

It is no more news that the ruling party is enjoying only an ostensible calm, that the controversial removal of its former national chairman, Adams Oshiomhole and the subsequent reregistration/ revalidation in the party has further deepened the divide that seemed to have always been there.

While the president had always maneuvered superbly between the factions, it is clear that he cannot continue with this style if he truly wants a solid and coherent party that can deliver an electoral victory in 2023.

It is not in the nature of African politics for presidents to leave their successors to be determined by the free will or politicking among party membership, and very few will expect Buhari to take this path, even though there are those among his cycle who are thinking so.

Special Adviser to President on Media and Publicity, Femi Adesanya had in one of reaction to the topic under debate said his principal will not handpick his successor in 2023. That even though Buhari is interested in who succeeds him, he will not manipulate the process to favour anyone.

The presidential spokesperson was reacting to a statement by Tunde Bakare, serving overseer of The Citadel Global Community Church, who urged the President to be involved in the choice of his successor in order not destroy his legacies.

“By May 2023 God willing he would have finished his second term as president, he would not have stood for another term and he will be exiting. So, he has that at the back of his mind,” Adesina said.

“The president will not pick a successor. We know him, he is not somebody like that. Will he be interested in the process? Yes, he will. He will ensure that there is a free, fair and credible election; that nobody will come to use money and resources to bamboozle his way into the leadership of the country. It will not happen. The president will ensure free, fair and credible process; but to handpick a successor? No, he will not do that.”

But Adesina may only be echoing the sentiments or body language of the moment. That was before a more assertive Buhari backed the ouster of Oshiomhole and the installation of a northerner as caretaker party chairman, in the person of Mail Mala Buni, the governor of Yobe State. Which seemed like the triumph of a certain faction of the party over another. And if we are to take seriously the comments of Buhari and his media aide, then it is the power play and horse trading among geo – political groups that would determine who succeeds the president.

So far, the frontliners in the race to 2023 include former Lagos State Governor and National Leader of the party, Ahmed Bola Tinubu who has carved for himself a political empire in the last decade, a political capital that may fetch him a hedge in the race to Aso Rock but at the same

However, despite Buhari’s efforts to stand above petty politicking within his party, every now and then he is caught up in its intricacies. Although he has successfully maintained over the years a modest rapport with his benefactor and self acclaimed national leader of the APC, Bola Ahmed Tinubu, there are those who believe that the president may not be well disposed towards Tinubu emerging the party’s candidate in 2023. While it seems natural that the president should repay the former Lagos State governor in the same coin by actively supporting his aspiration, but Buhari has always stylishly maintained his independence.

Despite the party’s re-registration and revalidation exercise intended to whittle down his sway on the APC, Tinubu has continued to command overwhelming influence in the party, but the opposition building against him seems to be growing by the day

While even ministers in government have clamoured for zoning, and his recent comment shows that the president too is conscious of the well entrenched principle of zoning, which he expects the convention to decide on.

President Muhammadu Buhari has not really shown a preference for any particular politician or personality, whether thinly veiled or directly. But there are men who have remained vocal and visible around the president and exercise a certain amount of influence over him, they include: the minister of transportation, Rotimi Amaechi, the minister of Justice and Attorney General of the Federation (AGF), Abubakar Malami, the governor of Ekiti State, who was his former minister of Solid minerals, Kayode Fayemi, Governor Nasir El-Rufai of Kaduna State and Vice President, Yemi Osinbanjo. But of the aforementioned names while Rotimi Amaechi, Kayode Fayemi and Nasir El-Rufai have signalled their interest for the plum job, Vice President Yemi Osinbajo has remained utterly elusive. But the president’s usual cold and calm mien does not indicate an attachment or more than necessary attention and disposition to any of them.

But for anything, the recent hostile takeover of the party’s hierarchy by new players shows that certain individuals still have the president’s ears. Abubakar Malami is believed to be the central figure behind the latest putsch. Though himself did not indicate interest to succeed the president, he seems to be the character around which the anti – Tinubu forces have been rallying.

Vice President Yemi Osinbanjo has overtime proven himself a loyalist of his principal, tip toeing almost imperceptible through the daily political controversies. While one cannot absolutely say he is the president’s man given the politics of his emergence as VP, but both seems to have enjoyed a good working relationship. Buhari who has never hidden his suspicion for career politicians somehow found Osinbajo, a professor of law, who is not to steep in grassroot politics a comforting presence.

In the early days of the administration Osinbajo enjoyed the trust of the president, who like the public may have been enchanted by the propaganda of the pre – 2015 election. But it is apparent that Osinbajo has continued to enjoy the respect of the president, however the president in his public utterances and body language has not displayed an inclination towards the favourability of being succeeded by his Vice President. But there are those who believe that if the intricacies of the 2023 politics eventually favors Osinbajo, Buhari will not hesitate to support his succession by the eminent professor of law. Besides, the President most often cannot be predicted.

Rotimi Amaechi who lately added his voice to the clamour for the presidency to be zoned to the South, also harbours the ambition of becoming president and may enjoy the goodwill of the president but his South – South region does not command strong support in the APC, with no governor from the region making his case a difficult one to push.

Fayemi Kayode on the other hand is coming from a zone (Southwest) that is a strong pillar of the APC but from this zone also comes the national leader of the party, Asiwaju Tinubu. While Fayemi may have captured the president’s heart with his youthful charm, it will be difficult for the president to support the latter over the man that was particularly instrumental to his 2015 victory.

Nasir El-Rufai is no doubt one of the favourite of Mr president as seen in his constant shuttle to Aso Villa during Buhari’s first term and in his strategic role within the party, including heading the 2017 APC restructuring committee. El rufai who recently attacked the zoning principle, saying it does not lead to the best outcome, is a man of ambition and great schemings. Observers are of the view that if the northern tendency in the party could have there way in their scheme to retain power in the north by jettisoning the zoning principle, the governor of Kaduna State may emerge a leading contender for the party’s candidacy.

Recall that Buhari had after the removal of Adams Oshiomhole as party chairman mandated the Yobe state governor and Chairman APC Caretaker and Extra-Ordinary Convention Planning Committee, ( CECPC), Mallam Mai Mala Buni to use his leadership to tidy up the arrangement for the party’s national convention where a new set of national officers would be elected.

It is easy to see that the convention will be the major hurdle in the APC’s quest to continue to govern the country beyond 2023. Even before now the issue of the convention has been the source of discord as factions accuse each other of trying to hijack the process and produce an executive that will install their choice as the party’s candidate.

Political watchers opine that the eventual convention will witness intense political intrigues and horse trading as geo – political groups would be engaged in battle of wit. While there seems to be the understanding that zoning will play a role as it always has in major Nigerian political parties conventions, it is not yet clear how it will play out this time around. The growing voices in support of the South producing the presidential candidate, have been silent on the micro – zoning formula, thus setting the stage for the Southwest, Southeast and Southsouth to slug it out.

At present, the APC controls five out of the six states in the South West. This contrasts with the situation in the South East where the party is in charge of only two states, namely Imo and Ebonyi, where they even still considered relatively weak.

In the 2019 presidential election, APC garnered a total of 2,036,450 in the South West compared to a paltry 403,968 in the South East.
While some analysts opine that if these factor come into play in ruling party, the South East quest may become a mirage, but there are also those who insist that the other regions in the south will not just allow the Southwest a smooth run particularly with the Igbo presidency agitations. They believe that Dave Umahi’s defection to the ruling party will no doubt play up its relevance in the ensuing coalition building and permutations.

While Buhari seems to be without a vivid vision beyond his tenure in office, analyst say that the convention, when it is eventually held, will be a free contest for gladiators and their foot soldiers as they battle to outwit one another. They have also hinted that the President should launch a strategic initiatives to put the party together to make his job easier before 2023.

Despite the party’s re-registration and revalidation exercise intended to whittle down his sway on the APC, Tinubu has continued to command overwhelming influence in the party, but the opposition building against him seems to be growing by the day. While even ministers in government have clamoured for zoning, and his recent comment shows that the President too is conscious of the well entrenched principle of zoning